We decided last night that we would leave at 9.00am this morning as the weather was better, and after cleaning dog shit off the gunwale ,yes dog shit, (some people are disgusting) and all the leaves off the roof we set off from Hockley Heath. 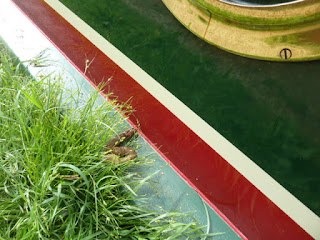 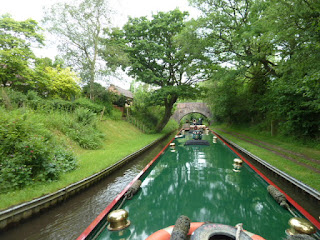 We opened the swing bridge at Shirley. 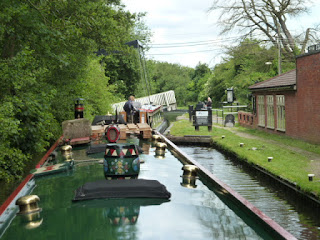 It was a nice steady cruise through Waring's Green and Earlswood with only a Loch Ness Monster in the way.. It had been a bit shallow around these parts ever since we had got to the top of Lapworth, and we were pleased to see some dredging being carried out further down at the Brandwood end. 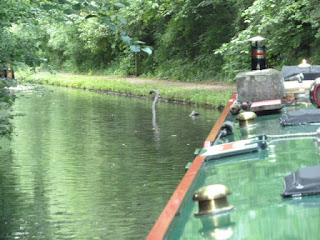 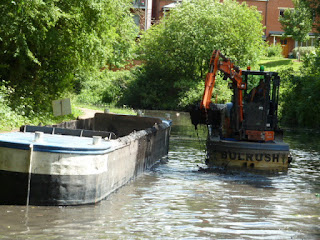 We then entered the Brandwood tunnel which is only 352 yards long but when you enter it, it looks like something from the set in Tomb Raider..
We then got close to the junction where you have to go through the guillotine toll lock at King's Norton. 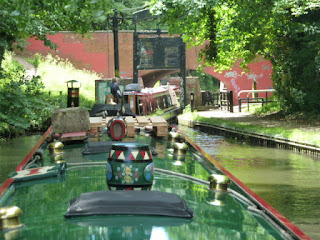 Here we did a sharp right turn, tricky because it goes back on itself. 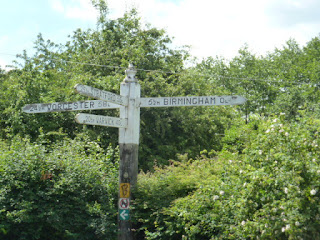 So we were now on the Worcester and Birmingham Canal and the graffiti showed we were getting close to the City. 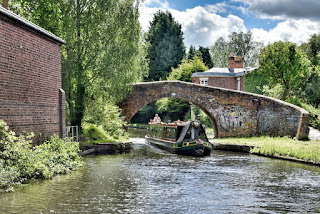 We then passed Cadbury's World at Bournville where all the moorings were empty, but we were going to miss it out this time. 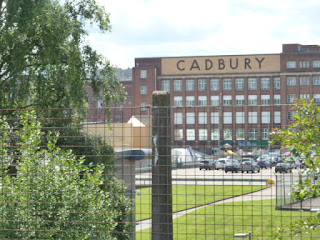 It was very slow going through here with so much rubbish in the canal, at some of the narrow bridges it felt like you were travelling through treacle.
We got to the University section and then up to Edgebaston and the short tunnel, before we got to Birmingham City Centre.
It is always ever so impressive when you take the turn at the Mailbox and into Gas Street Basin. 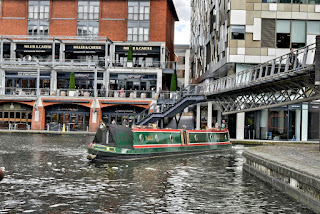 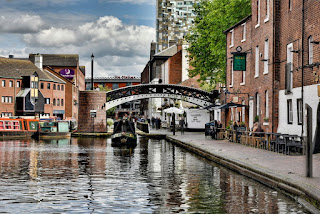 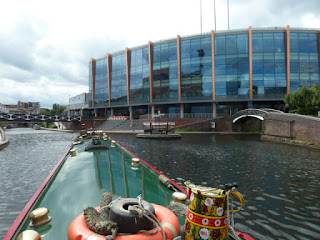 We moored outside the Sealife Centre and then had a look round the corner to see if we could get on the fourteen days, bingo, two spots left... 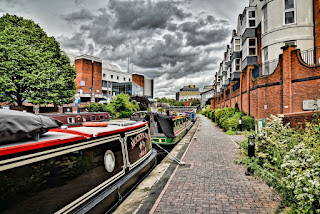 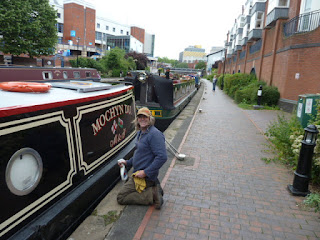 After a shower it was out, we were thirsty and hungry.. We did a couple of pubs before we had an Indian in Broad Street. 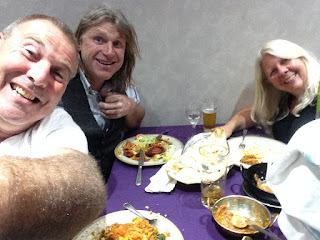 We finished in The Island Bar (which should have had live music, but the band didn't turn up) before walking back to Derwent6 just before midnight.