Black Country to the Shropie

The alarm went off at 5.30am, yes 5.30am. This was because we found out that seven coal boats were filling with coal at Wolverhampton and had to go down the same locks as us. These are single locks, and the coal boats had buttys (boat being towed with no engine) so it would have taken us ages if we had to follow them.. 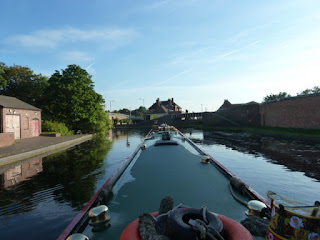 It was a tricky manoeuvre turning in front of them but we both got round without making too much noise..
It was a beautiful morning and we soon got to Tipton Junction and we turned left. Once again the canal was dreadful, it was full of weed and rubbish, shopping trolleys and kids toys, as we followed the graffiti on the walls.....not a canal on our top ten list.. 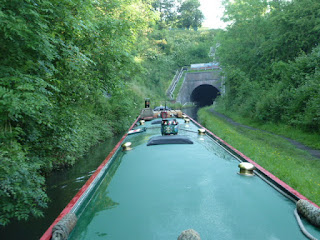 We tried to take some pictures of its pretty bits but don't think we succeeded. 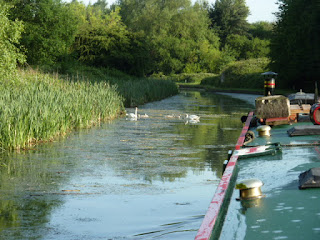 We turned left again and got to the top of the Wolverhampton twenty one, and the paddles were up, not a good sign. 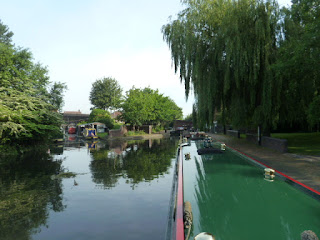 The lockie was already filling a pound halfway down but we were told it would be alright to proceed. We followed Mark down, and it was fine at first, but as you get to halfway you find out how tricky and tiring these locks are.
At seventeen we were getting dehydrated with the warm weather, not that we were moaning, it was lovely.. 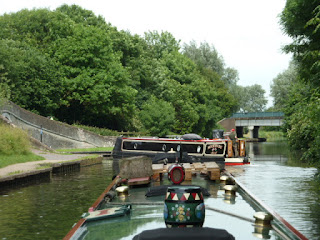 After a small rest we carried on to complete them and turned right at the bottom and then left at Autherley Junction, where we pulled into the small stop lock and the little shop for a well deserved Ice Cream.. 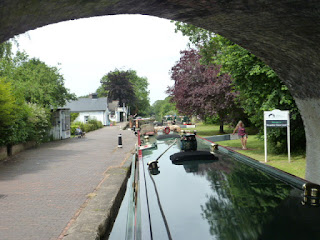 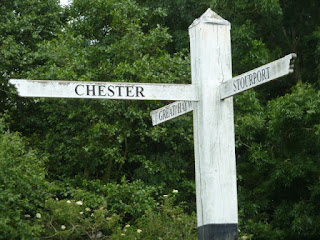 It was so lovely to be out in the countryside again, no rubbish in the canal and quaint bridges and fields to look at.. 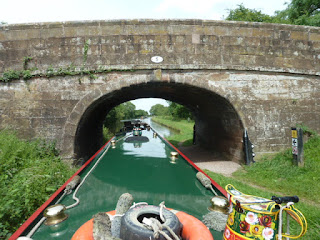 We soon found a nice mooring and was inspecting the damage from locking all day.. 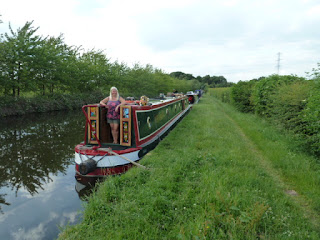 We chilled in the late afternoon with Tooty (the cat) back in his element, with fields and grass. We don't let him out around roads as he isn't really used to them and they scare him anyway.. It is so lovely with these light evenings and cruising time isn't a problem.. It does give us an opportunity to get to where we are going.. As the weather looks good we might have another long day tomorrow, without locks.....
Posted by Del and Al at 5:55 PM

Will you have some time for a quick visit Chester Way??