So we left our mooring at Bate's Mill and Al walked up to the already empty lock. We went in with anticipation as everyone had warned us of the swirl you get going up in these locks. 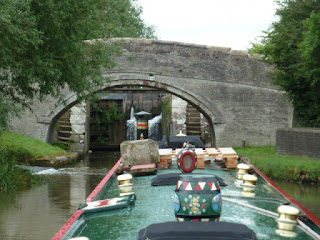 We started with just using one paddle and it seemed alright but did take a very long time to fill, so at the second lock we did the same but this time Derwent6 was going all over the place. Al tried lots of different combinations, but in the end we just went with it..  We got through them very quickly because every one was in our favour.. 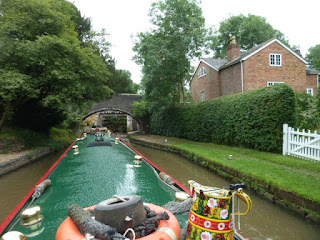 Even the double lock at Bunbury was in our favour and no one followed us up..
We then took a lovely steady cruise through the very quiet woodland, it felt like a week day not a weekend. You could really see the corn turning now.. 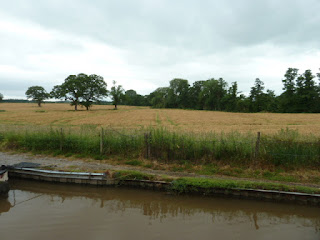 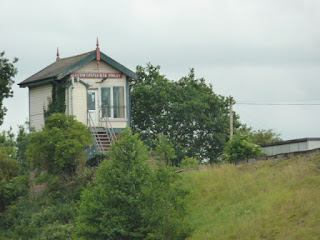 We took the turn at Barbridge Junction and headed onto the Middlewich Branch of the Shroppie. 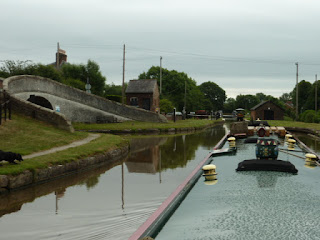 This was very busy with loads of moored boats which made things slow going but still so much fun.
We got to Cholmondeston Lock which had four boats waiting to come up and it also has a café at the marina there, so you can imagine how busy it was..
We got to the next lock and it seemed so quiet, a boat had come out and we went straight in, and it just seemed to empty very quickly, so we were on our way. 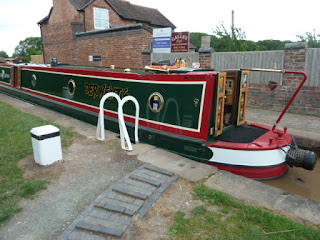 Things were going great, till we tried to moor up as Del wanted to see the F1 qualifying. On the 48 hour moorings you had the shelf to contend with, and on the alcove it was just too shallow. In the end we moored just off a winding hole which must have been dredged, Tooty loved it and Del got to see the qualifying. 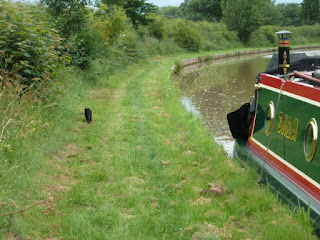 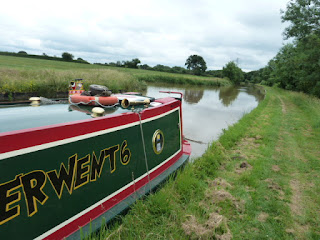 We chilled in the afternoon doing some painting and Al read her book..
This was followed by a nice steak with a glass of wine.......lovely!
Posted by Del and Al at 9:07 PM