So it was up and ready for nine, as just over the cut from where we were moored was a pumpout station.. We needed a gas bottle as well and we both filled with water. We then headed towards Wolverhampton, We are now on the BCN (Birmingham Canal Navigation) which has more canals the Venice. 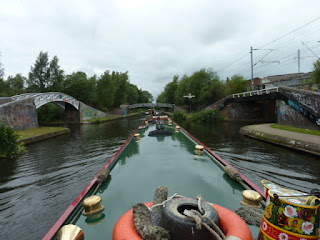 There is a main line which is very straight but we decided to take the Old Wolverhampton Line which is a bit higher and a bit, (and I say a bit) prettier. 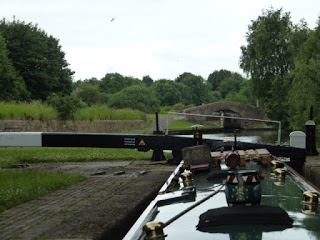 It starts off very pretty with three single locks and then as you get into the undergrowth you realise how shallow and full of rubbish it is.
Mark got a pair of jeans wrapped round his prop and we got a builders bag but the Axion prop coped with most of the rubbish.. 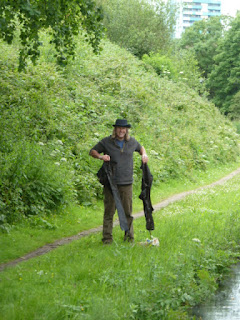 It then travels under the M5 for a lot of the way, which would have been handy if it was raining, but it was not one of the best canals we had travelled on. We were pleased to be using it though as it looks like it could have easily been lost in all the construction work going on.. 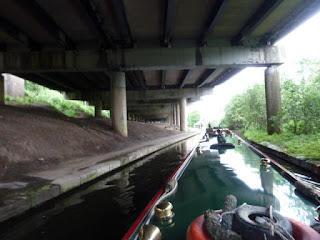 We then got back out to more development and new houses which was a slight improvement though you still didn't get the urge to moor here.. We were pleased to reach the end of the line at Tipton Junction where we turned left into the arm for The Black Country Living Museum. 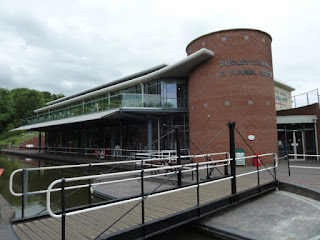 We were very lucky here as a hire boat was just leaving and filling with water leaving a nice space for both boats to breast up in. 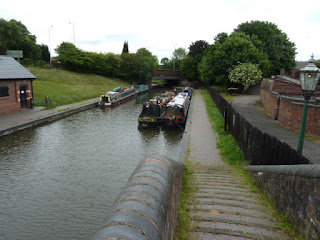 Mark and Sian were meeting some friends Paul and Fiona with there two kids, and it seemed obvious that we needed to go to Mad O'Rourkes Pie Factory. 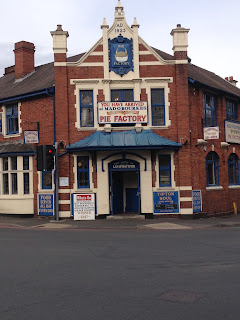 This is done out like its Desperate Dans home and his Cow pie factory, and it was terrific. They also did chips in real beer batter, it was lovely, and the landlord was a great guy as well.. 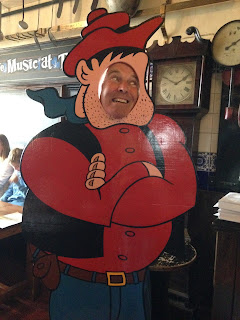 We walked back after saying goodbye to Mark and Sian's friends, and then opened the cratches up (as we were breasted) and opened a bottle of wine of course..
This does have its consequences... 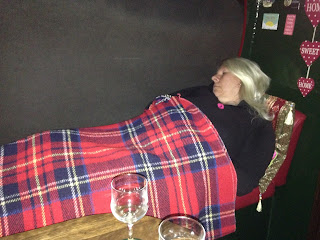