Getting a wiggle on

On a mission is how we would put it. We wanted to stay put today as we were still aching from the locks we did yesterday but knew it was best to get going so we could spend more time in new territory. So we left after Mark had played with his leaking stern gland, and Al got the washing on.
We pass Brewood and then got to Wheaton Aston where we had our first and only lock of the day. 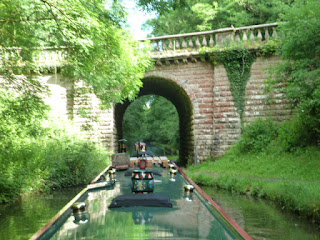 This lock was easy compared to the Wolverhampton flight, and in view we could see the three water points and rubbish disposal. After filling both boats we stopped at the cheap diesel spot of Derek Turner at 57p per litre, so we were full at the bow and the stern. 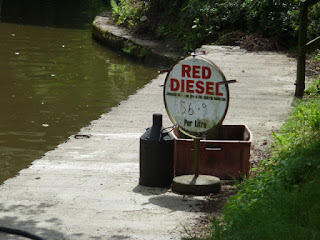 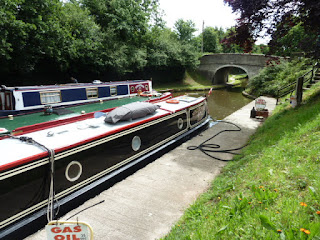 We were then clear to go and in Marks words "Right, lets get a wiggle on!" The weather was being kind to us, but the wind did play a little havoc at times..
Del loves the history around this canal but for him it is just a bit straight. It makes it easy to navigate but can be lacking on the concentration front..
We got to the pretty Cowley tunnel and its rock formations and then on to the pretty village of Gnosall. 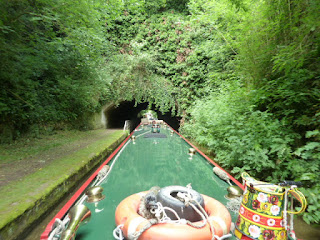 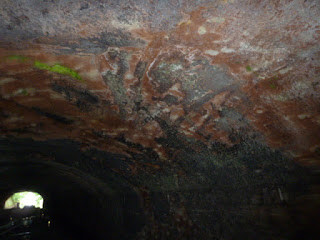 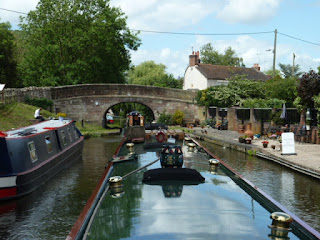 There were loads of moorings here, and it also must hold one of the prettiest water points, but we decided to crack on. 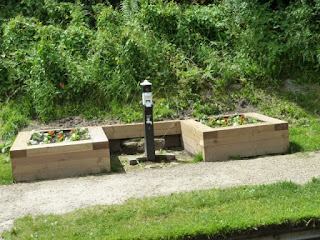 It was back onto the long straights again, through Norbury Junction and pass the famous High Bridge of the Shropshire Canal. 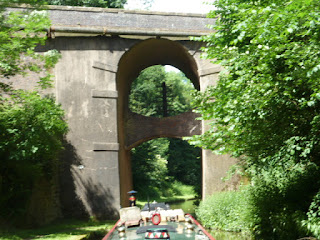 We were at this time flagging a little and a pub was beckoning us in. We did pass an old wharf used by Cadbury's. 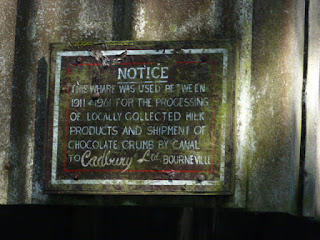 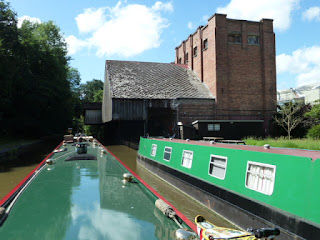 We gave in at Goldstone and managed to get in two 48 hour moorings next to the Wharf Tavern. 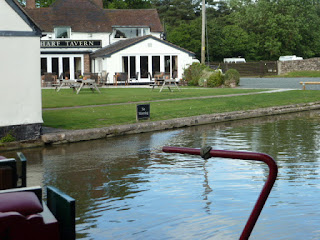 After some boat cleaning, it was a quick shower and we were ordering up at the bar.. After something to eat and our third pint we were flagging again, but this time it was the bed beckoning.
Posted by Del and Al at 3:28 PM