It was a lazy start today as we had a few things to sort out for forward planning.. At lunchtime we managed to get ourselves out and had been informed how good walking the castle walls was in Chester.. 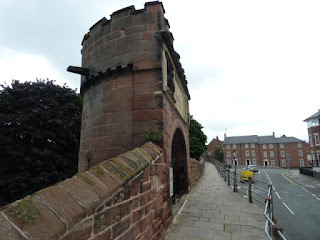 We started right next to Derwent6 and after crossing the railway we were high up looking over Chester Racecourse. 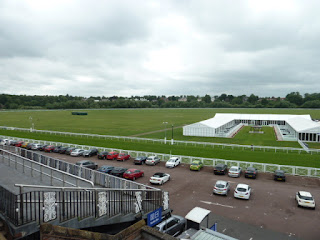 It was then on to the castle and the River Dee and then the famous town clock which is mounted on top of the wall. 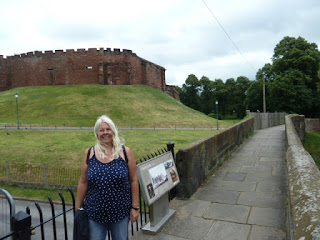 You then go by the old baths, Roman gardens and Roman Amphitheatre then the Cathedral and the falconry, and by Kings Charles tower where Charles saw his men defeated and fled.. 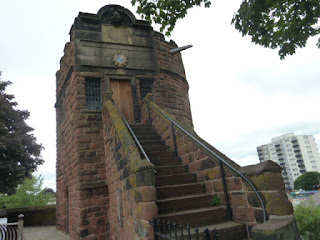 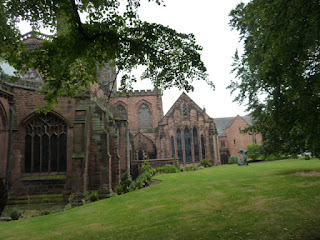 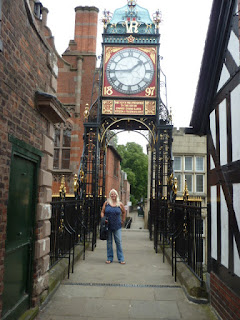 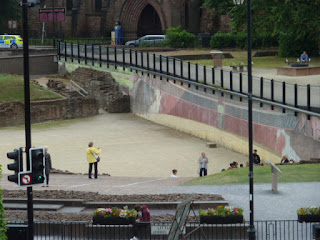 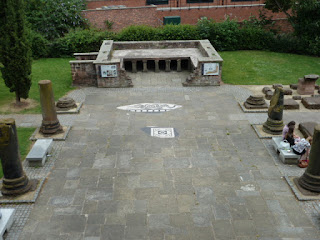 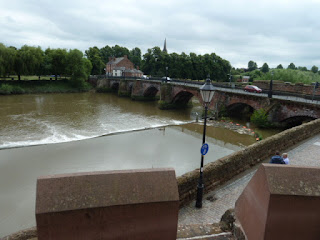 It then picks up with the canal and back to where we started.. 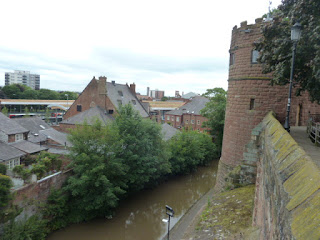 We then hit the high street and Al did some shopping, the shops here seem like a TV set all in Tudor style. 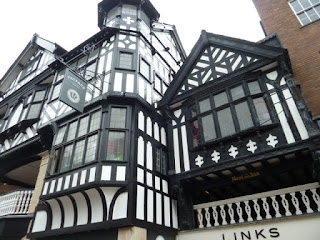 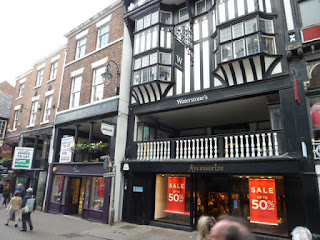 We then grabbed something to eat and found a small secret burrito takeaway shop, called Mama K's where the very fresh burritos were to die for..
We took them back to the boat and stuffed ourselves.. 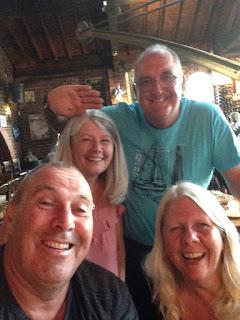 In the evening we met up with Steve and Chris as there was some live music in the bar over the road.. A few beers and a singalong were in order, the band were call Alx Green and they were very good.. 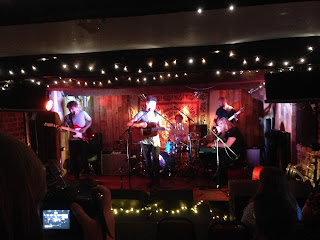