Theatre and Tanked up, (not a good Idea)

While Sarah was with us she wanted to take the opportunity to go and see a show, and as Bernie wasn't too keen it was a good chance for Al to go with her.. So we got up and set of early to the discount ticket booths in Leicester Square.. We stood in the queue for ten minutes and then thought we might just try the theatre first, as Al had an inkling that being a Monday they might have standby tickets. Well what a stroke of luck as some spare tickets had become available in the front row and were on sale for twenty five pounds, a fifty pound saving.. Overjoyed, Sarah and Al were happy and Del and Bernie had beer time (maybe not a good idea). We all then got the tube over to Camden Market and grabbed a bite to eat as soon as we could.. 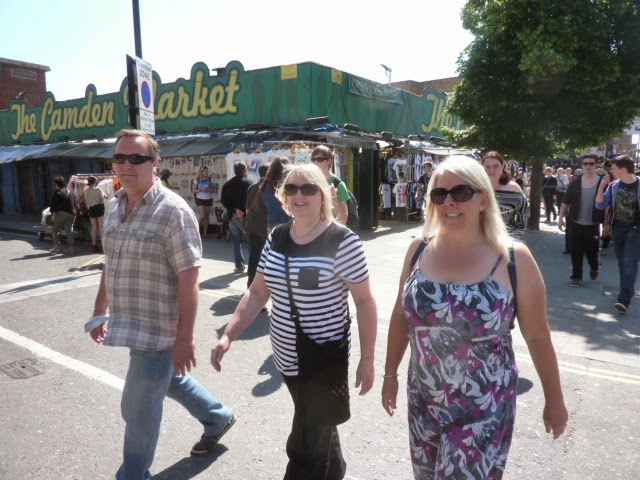 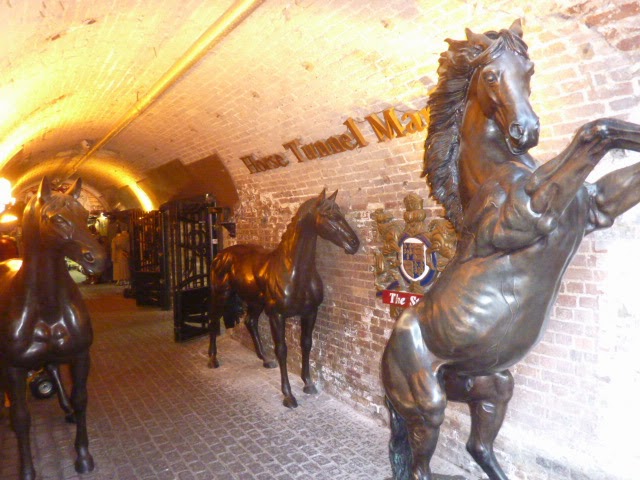 We then all walked round the market taking in all it's glory, the girls loved it, the boys feet were very sore and more beers were taken on board in the sunshine (not a good idea, but lovely) while the girls carried on.. 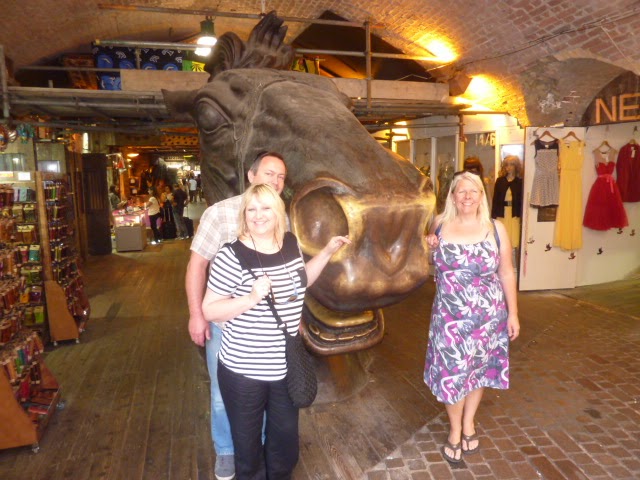 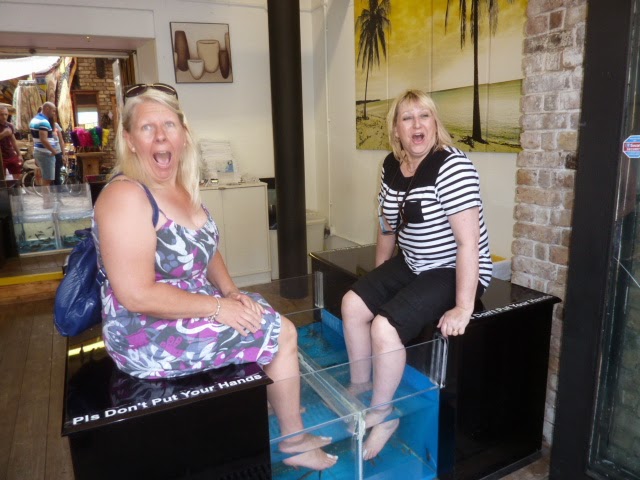 They even went and had their feet sorted by fish. 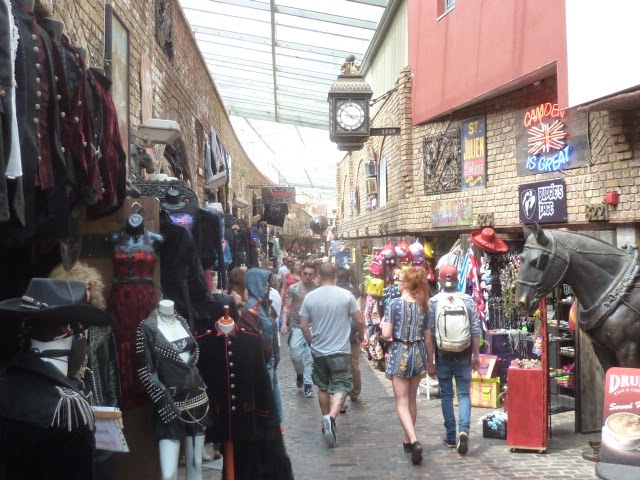 We then went back to Leicester Square and more beers were drunk (great idea at the time), while we waited for friends Zoe and Greg to join us. It was lovely to see them, and as they were going to the show Godspell, we all decided to go for eats first. 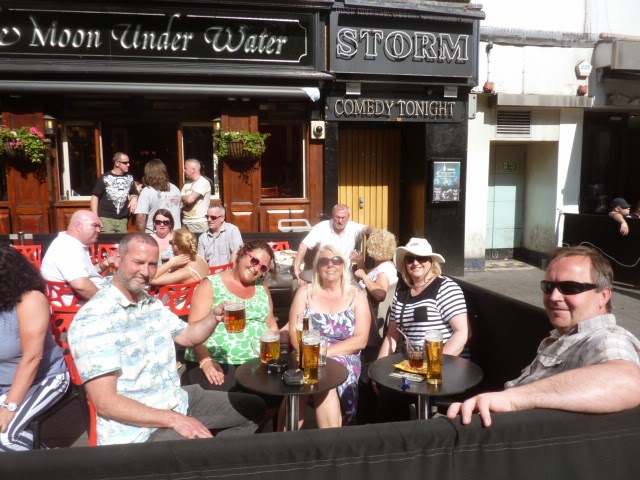 We walked up to a place called Salsa and they got us a lovely table again, outside. Yes you've got it more drinks and Mojitos thrown in (not a good idea, but very lovely). We had a lovely meal and used our taste card to cut the cost in half, touch!
From there we all said our goodbyes and Zoe and Greg went to Godspell and Al and Sarah went to see the Bodyguard..

Del and Bernie had a few drinks, first at Charing Cross, then at Leicester Square and after another two pubs ended up in Soho (of course). But guess what, it wasn't a good idea because by the time the girls came out of the show Del was out of his tree.. First Al and Sarah had to find Del and Bernie then get them home to Derwent6, tricky when Del was seeing three routes to take home. 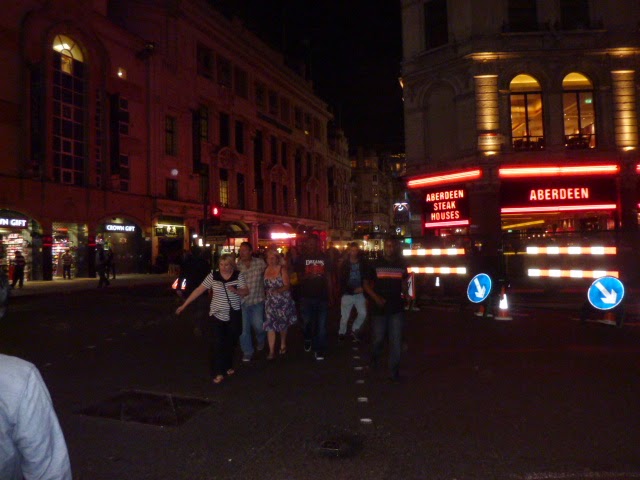 Some how they did and a quick burger was had on the way home, and brought up again by Del, and by the time he got inside Derwent6 he crashed on the bed..... Hmmmm sore head in the morning comes to mind......The next day we read in the Evening Standard that part of Camden Market had burnt down at 7.00pm that night causing £10.000 pounds worth of damage, OMG!..
Posted by Del and Al at 9:56 AM