We had to get up early this morning (well some of us) as Al had to meet her Dad at Kings Hospital in London for another scan and check ups.. David was still flat out in bed.. Al left at 8.45am and got the tube into London while Del got Derwent6 ready to go.. The plan was to travel a few locks with David to Croxley where we could pick Al back up..
We ended up leaving at 11.00am after David had made us both a cup of tea.. 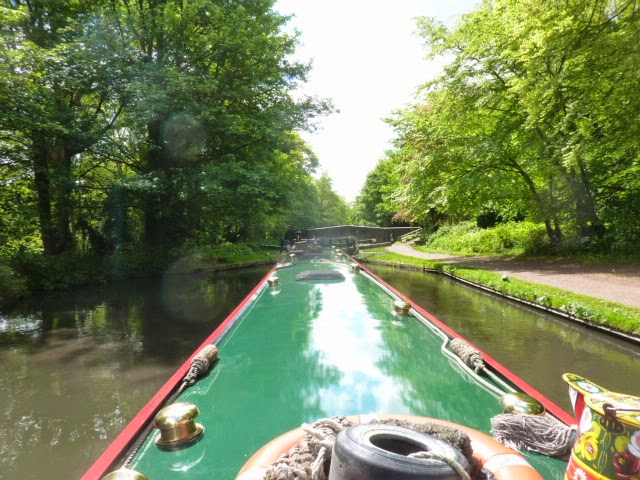 We soon got through the first lock and as we went round the next bend we spotted Les and Jacquie on n.b Valerie. It was so nice to see them and they were so close, Al would be disappointed not to see them.. It was great to see them both still very positive and so happy. Les looked so well and had put on a bit of weight and muscle. We stopped for about 20 minutes and then said our goodbyes we will see them later in the year hopefully.. 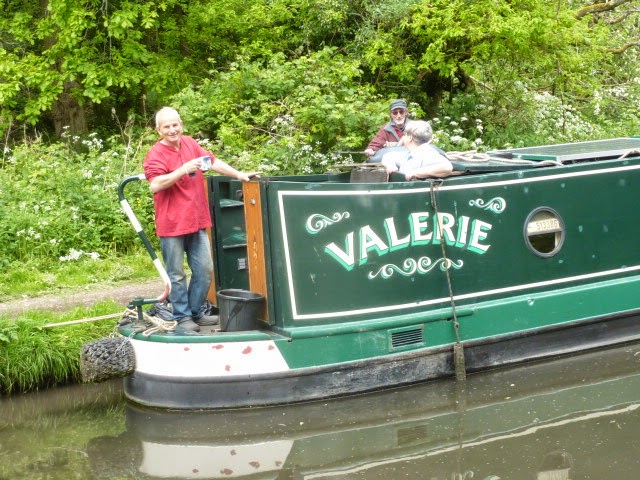 We went up to the next lock where we got water and David did us both a bit of breakfast. 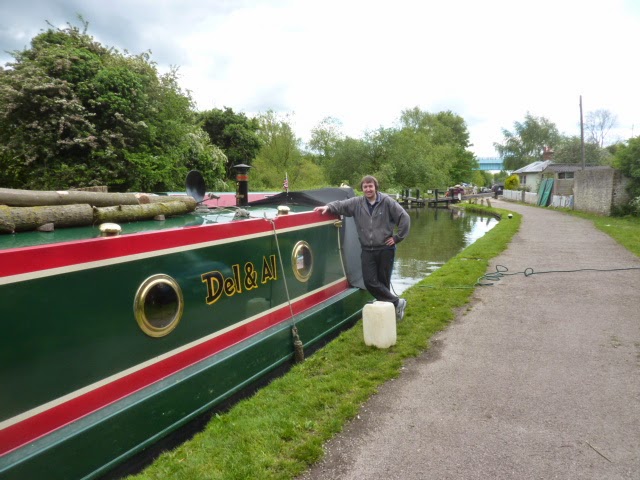 We then carried on to the next lock where we managed to find a mooring next to the alleyway to Croxley tube station. 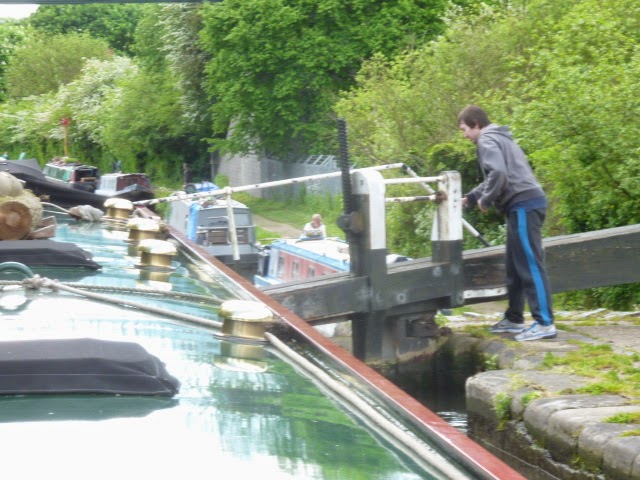 Del and David chilled in the afternoon sunshine waiting for Al to come back.. 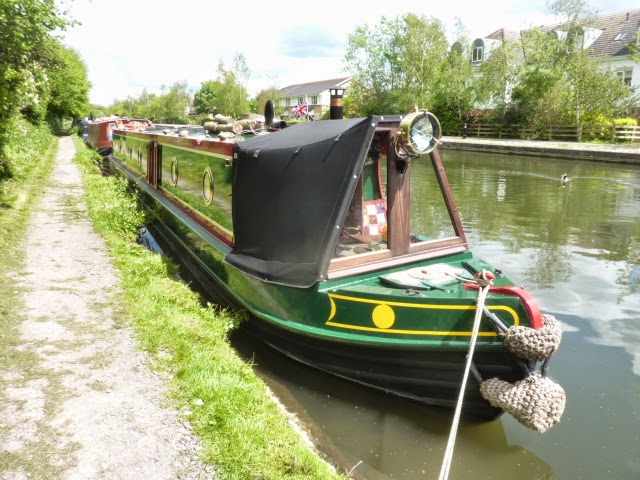 It was good news! Al's Dad was showing good progress and as long as the results of the scan are good (which we get on our Thursday phone call), will now be under the hands of a different team and will only need to be checked every 12 weeks, a great relief..
We were near a lot of shops and David fancied a pizza so him and Al walked up to get them..  Well what a bargain they got. A massive ten inch deep pan pizza for £6.00. We sat back on Derwent6 and were stuffed when we finished.. 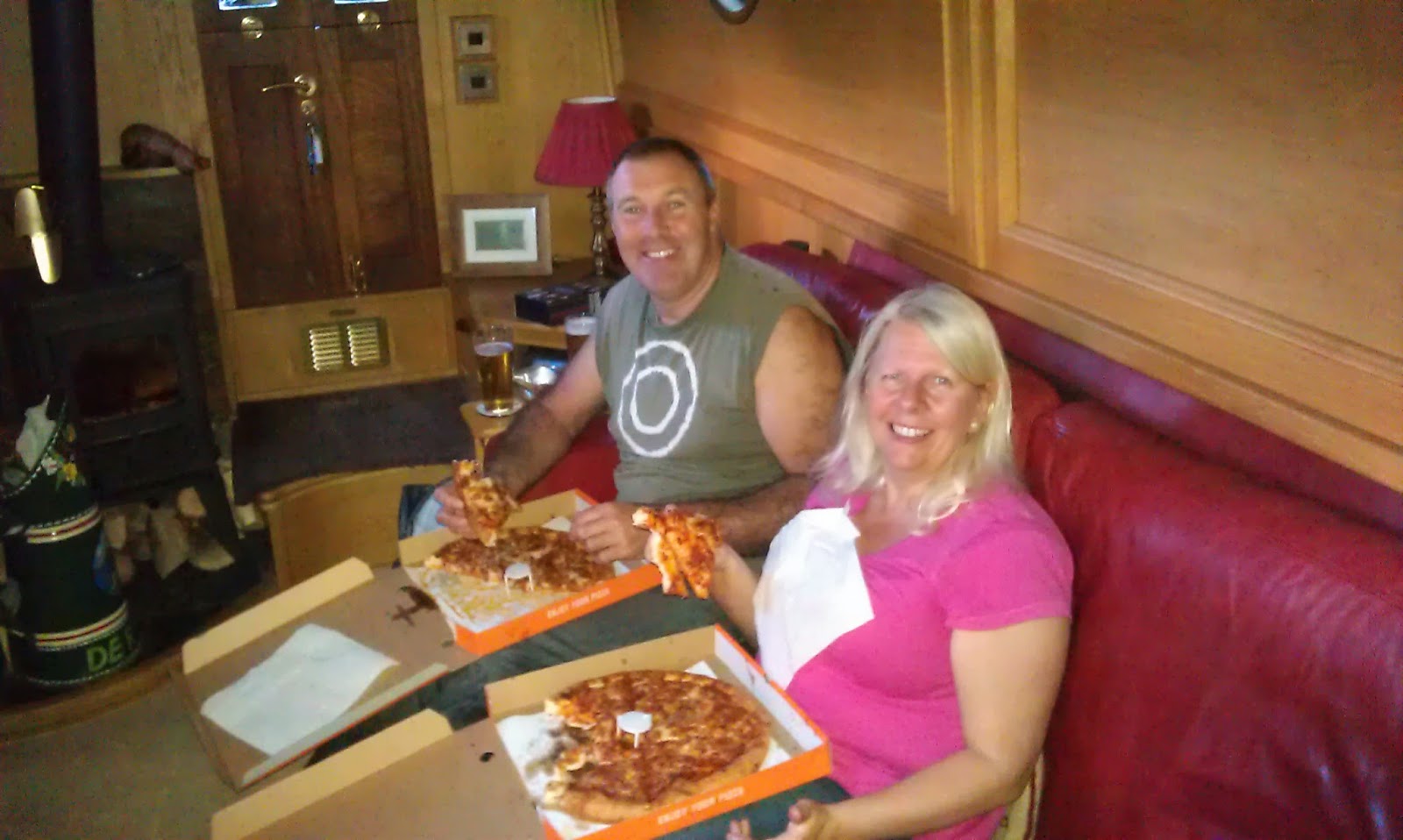