All you Need is Love (with a bit of YoDELling)

It seemed strange this morning waking up in London with no one on board but ourselves..
We had some breakfast and then had to make our way back to M&S in Oxford Street as one of our pillows we brought yesterday had stitching which had come undone. It was a pain but it was also a nice walk down Edgware Road to change it.. Afterwards we walked up to Bond Street where we got the tube to St Johns Wood where it was a five minute walk to Abbey Road and the famous recording studio's where the Beatles and Pink Floyd used to record. 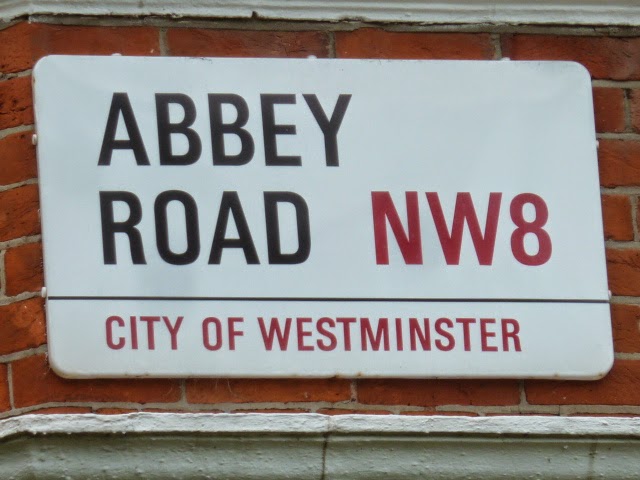 We spent about a hour reading the wall outside with all the comments poems and lyrics of famous recording artist's. 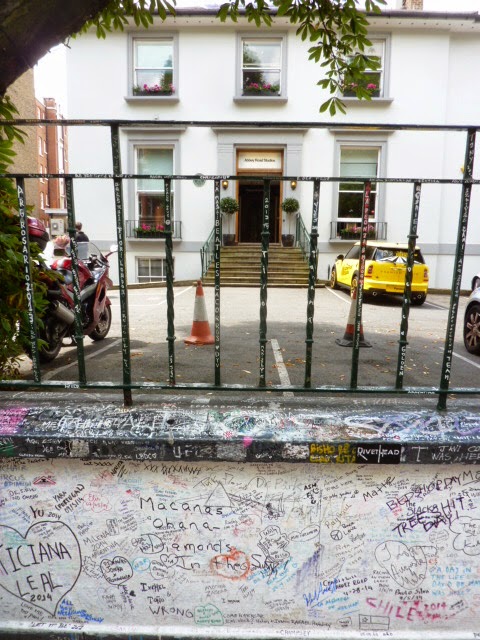 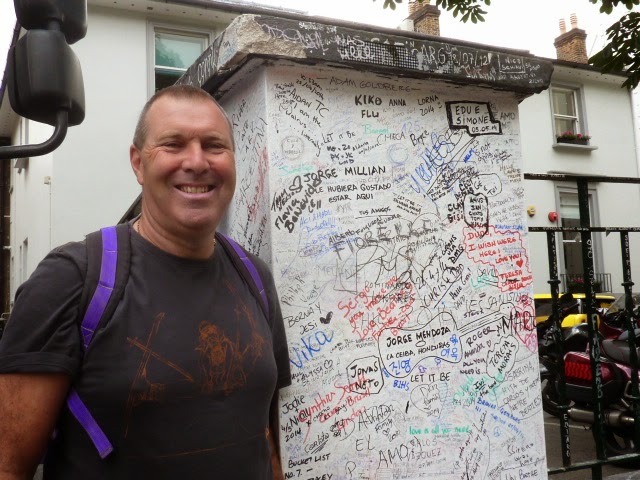 We even added our own for Derwent6. 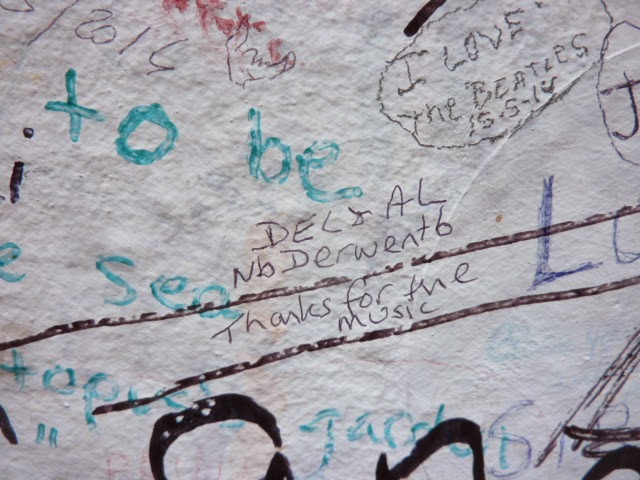 We then walked to the most famous road crossing in the world which is on the Album cover by the Beatles. 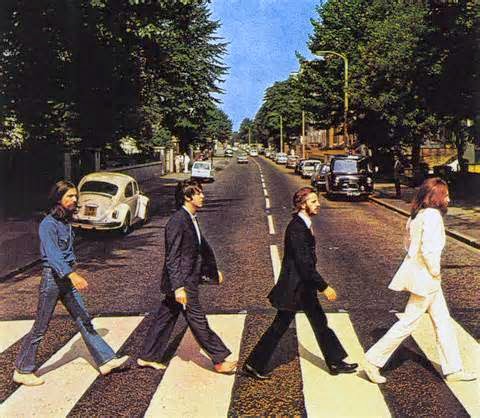 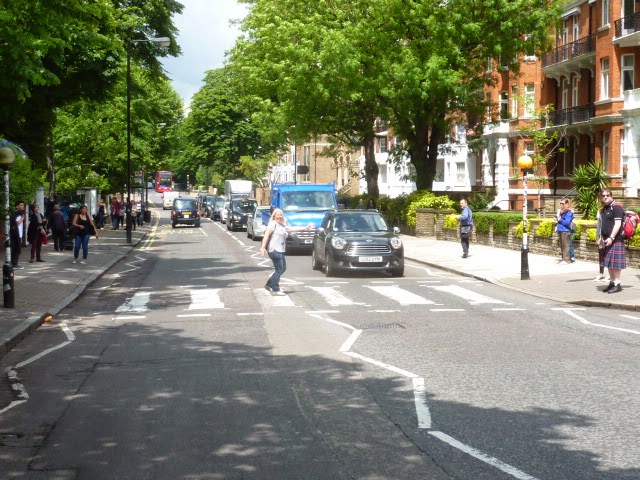 Al did her bit in stopping the traffic to do the walk across it..
We then got back on the tube and went to London Bridge on the Jubilee line. 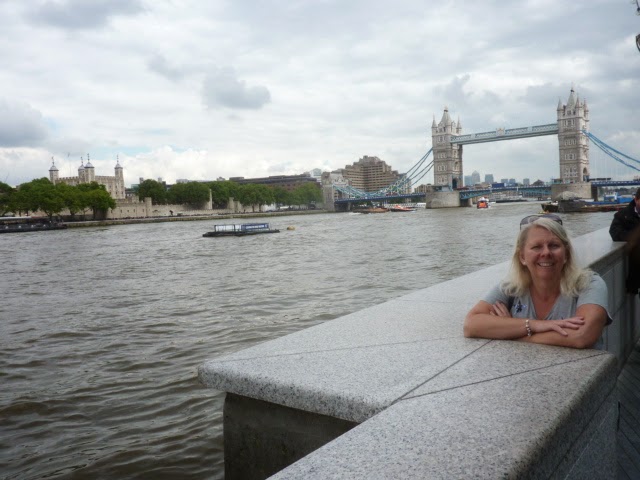 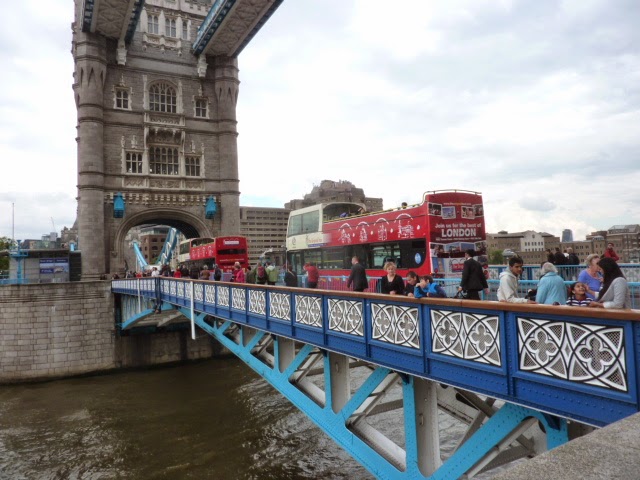 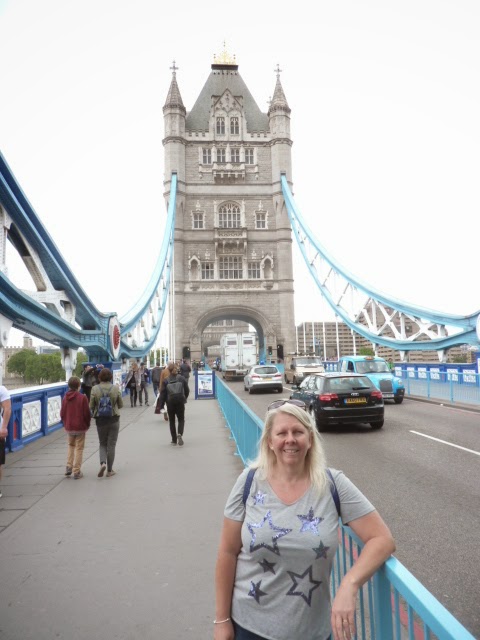 We first walked to Tower Bridge and had a good look around. It was very busy with people getting married, having lunch and ice creams, it was great.. 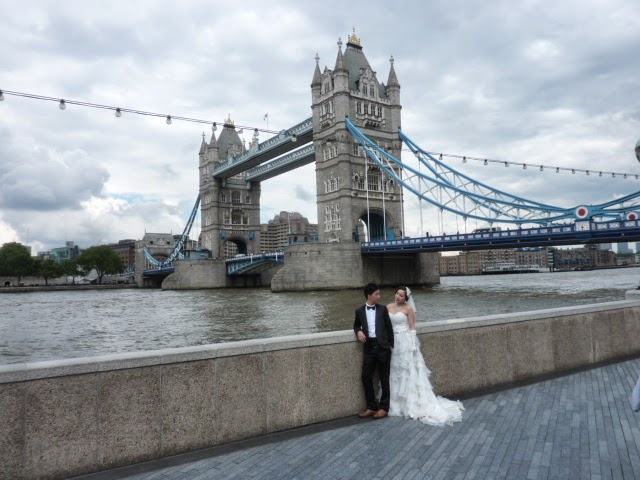 Then we went to Butler's Wharf where we grabbed a sandwich by the Thames. 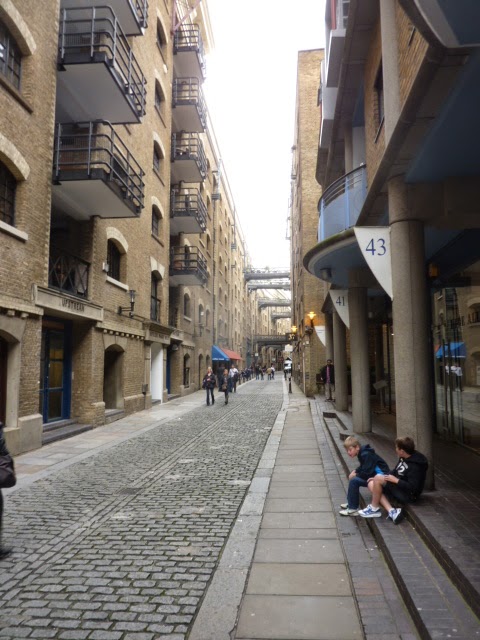 We then did the Thames Walk up to Sir Frances Drake's famous ship, the Golden Hinde, 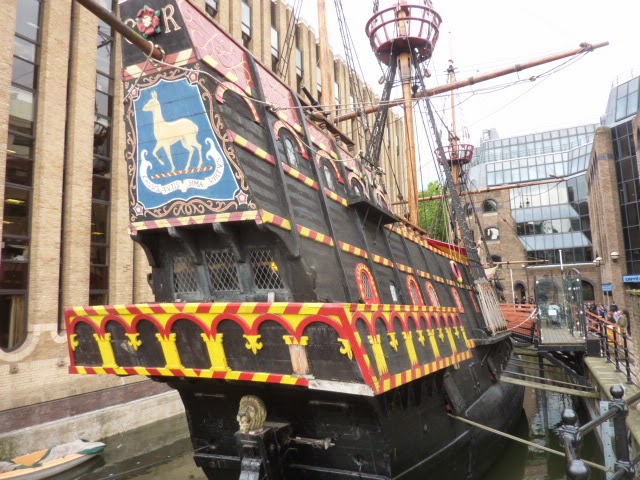 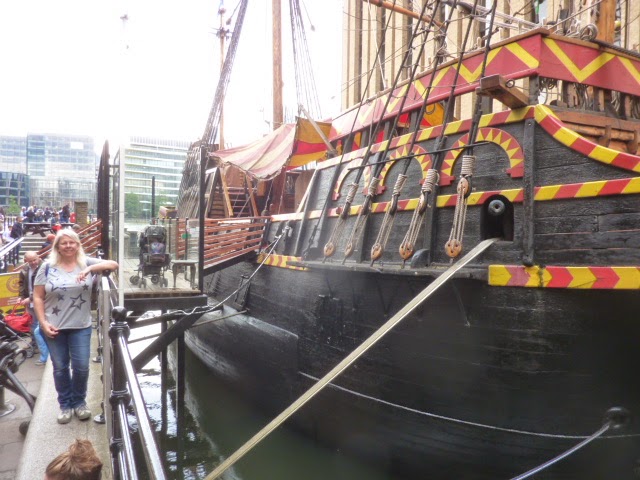 The Thames walk is brilliant and fantastic now it has been finished.. It mixes the old with the new and is very cosmopolitan, as a tourist it must blown you away, well done again Boris! 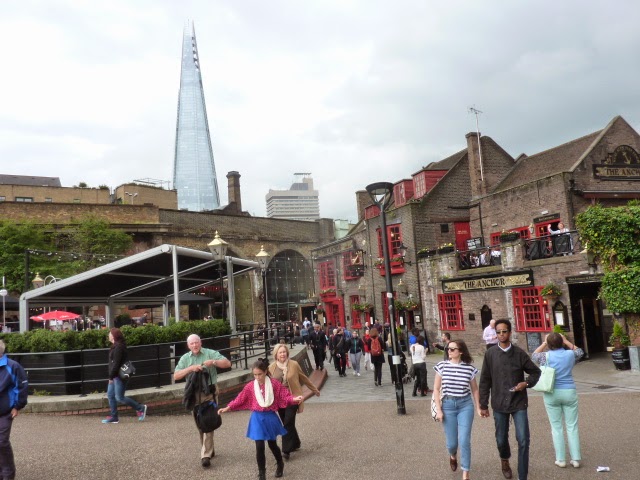 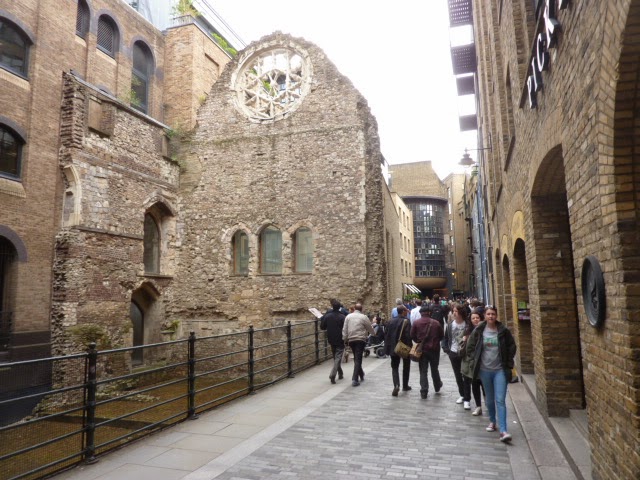 The scenery is great, watching the boats on the Thames with a London skyline and the old history of the working Wharfs turned into shops mixed with 12th century pubs and churches and Shakespeare's Globe Theatre along the way, it works so well. 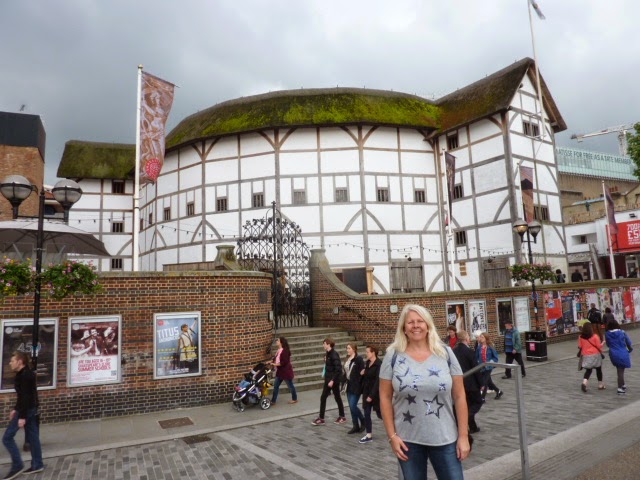 We got as far as the London Eye where we tuned back to Waterloo and got the tube back to Derwent6.. 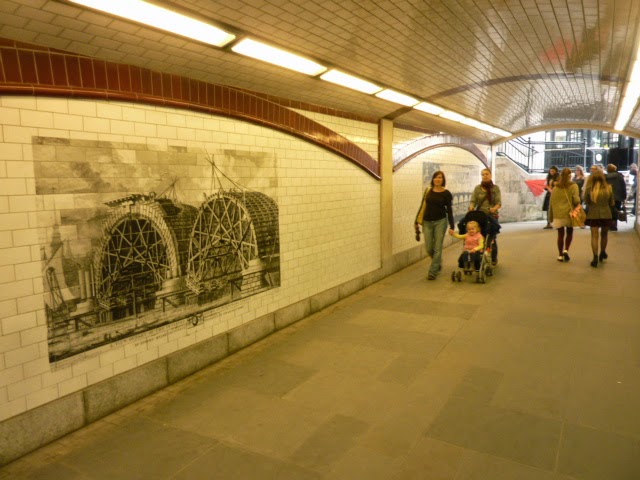 After a cup of tea and a good rest we got ourselves ready to go out for eats.. We had wanted to try an Austrian Restaurant called Tiroler Hut, just a short walk away and arrived there at 8.00pm.
The attraction for us was that it was traditional Austrian Entertainment and we just fancied a fondue.
Well we weren't disappointed, what a great night.. 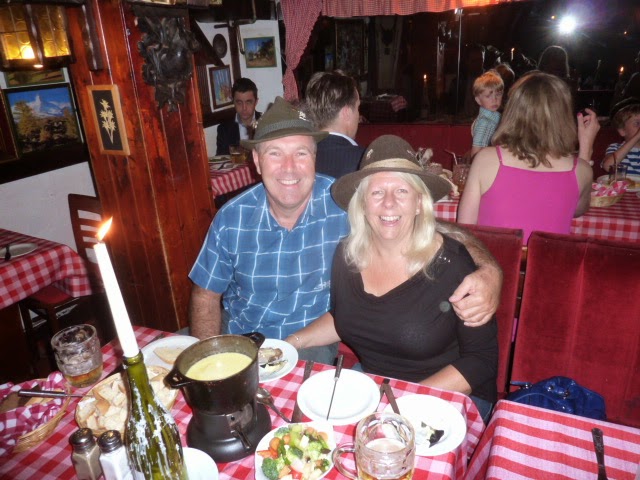 It started with us ordering just the best cheese fondue with vegetables and bread with a large jug of beer which was two and a half pints, heaven! 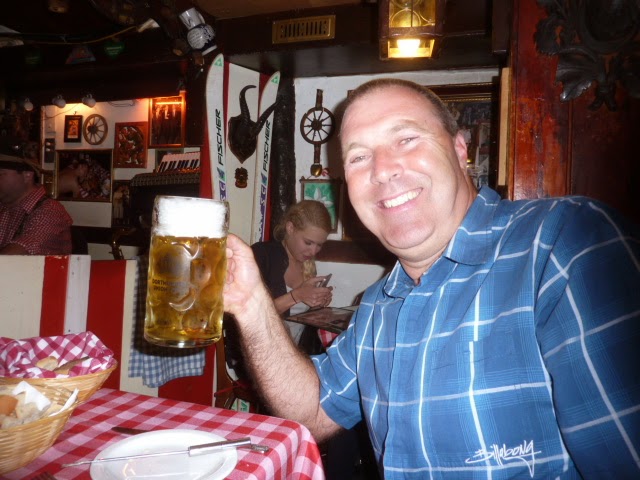 Then the entertainment started where a guy started playing some Austrian songs on the piano and some from the Sound of Music included. Then the owner turns up first singing and yodelling, and then playing the Oboe. 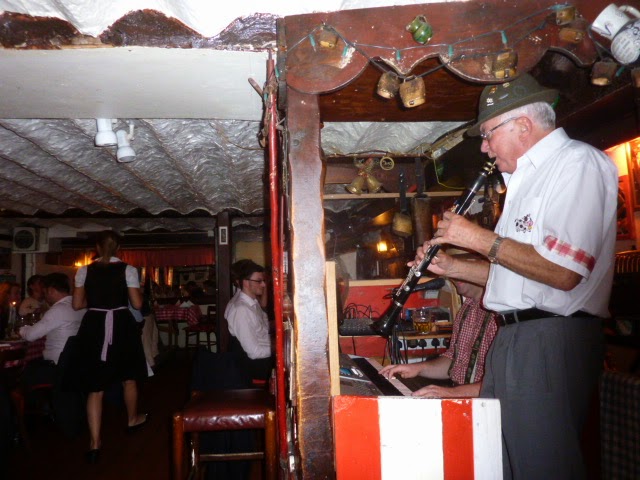 Then the Squeeze box. 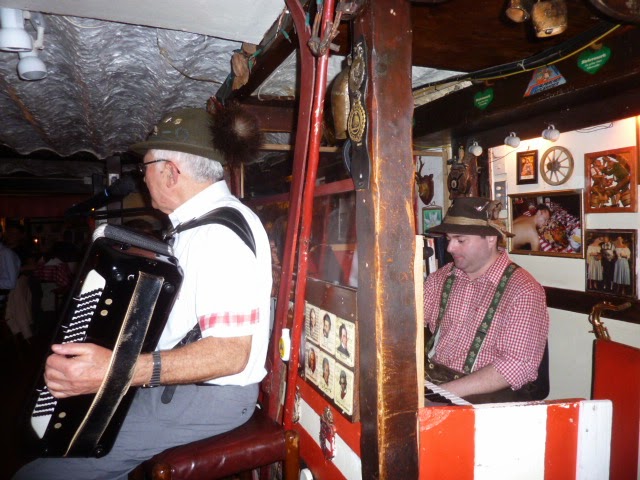 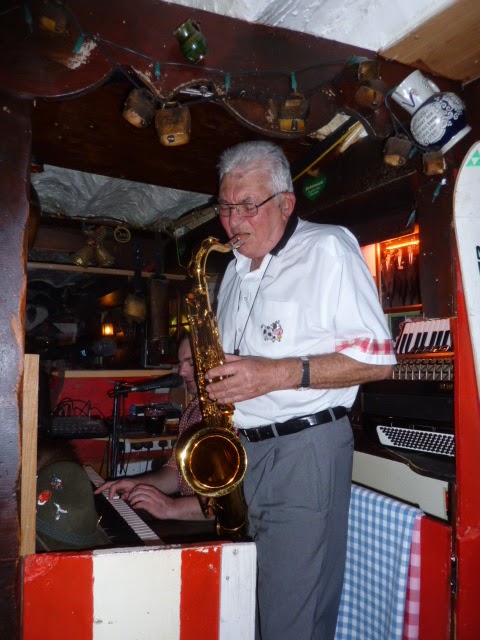 Then the cow bells. 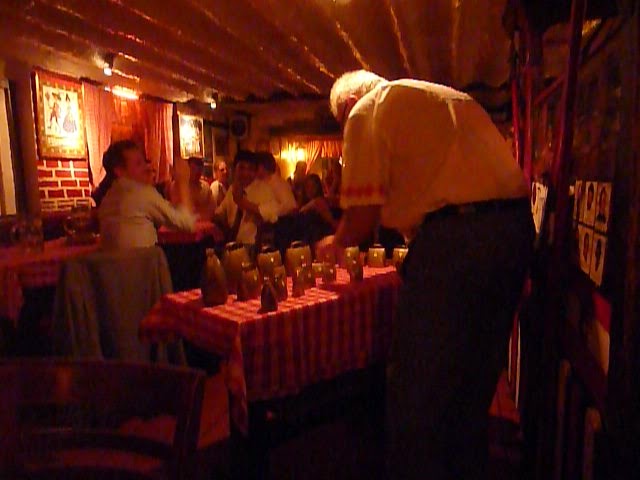 We were all singing along as by this time everyone in the restaurant was sooo drunk. It was a great atmosphere as we topped it all off with our Chocolate Fondue.. 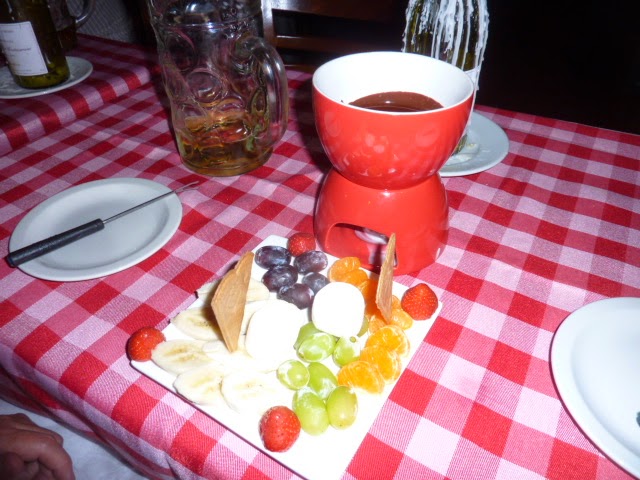 We came out at midnight and staggered back to Derwent6 and feel into bed... Great Day, Great Night!