Friends at the Faversham Hop Festival

We dropped Tooty the cat off the following morning and then travelled down to Kent via the Bluewater shopping centre to pick up a few bits and grab some lunch. Afterwards we headed to Bernie and Sarah's to pick up our post and they offered us a lovely BBQ. 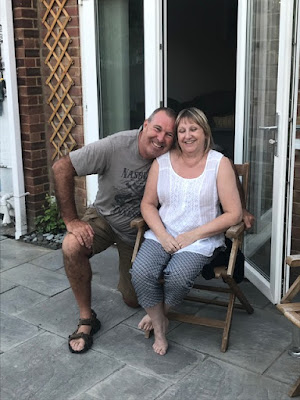 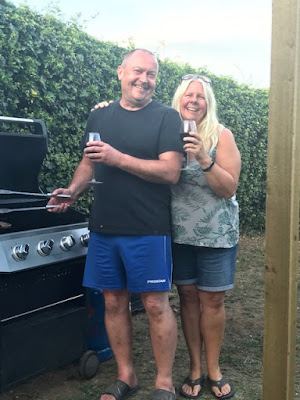 We left there, and headed to Whitstable where we were staying with Zoe and Greg for the weekend. Yep it was straight down the Neptune pub, a busy day! 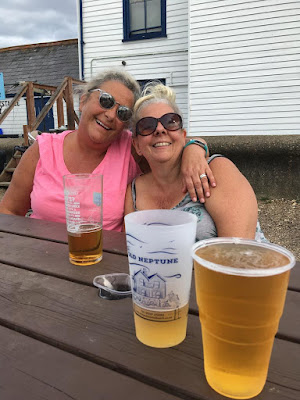 In the morning Greg had made us some breakfast on the patio and then we jumped on the train and went to the Faversham Hop Festival. 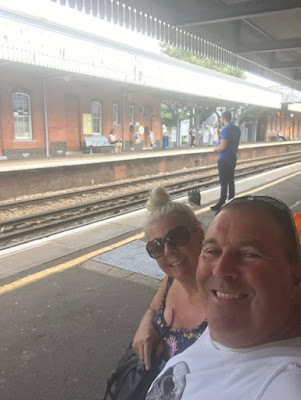 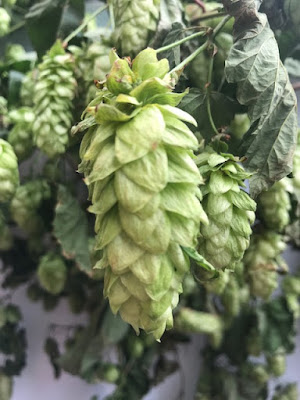 It was very busy and we met up with Terry and Ron for drinks on the go, looking at all the stalls and listening to live music.. 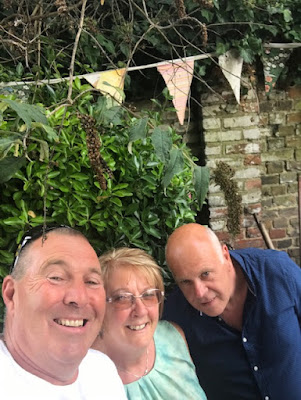 We then went to a lovely Italian restaurant we love in Faversham. 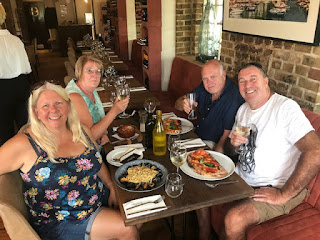 We also met up with Graham and Maxine and their family and friends, who we were with at the Cropredy Folk Festival, and we watched Green Diesel who we wanted to see again.. 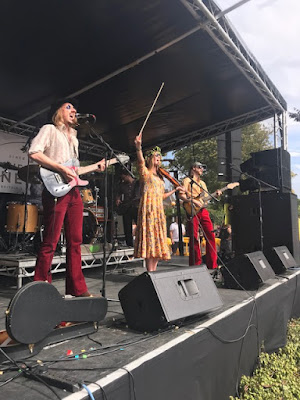 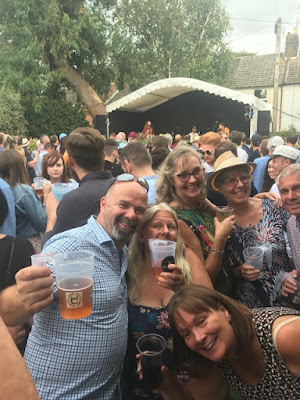 We then met up with Zoe and Greg to see a band she likes (understatement) called Big Orange Head. 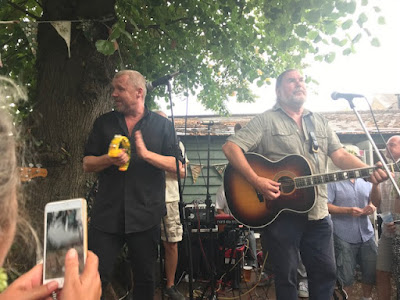 Much beer was drunk and food eaten till we could do no more.. 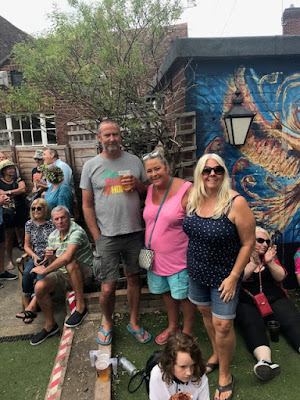 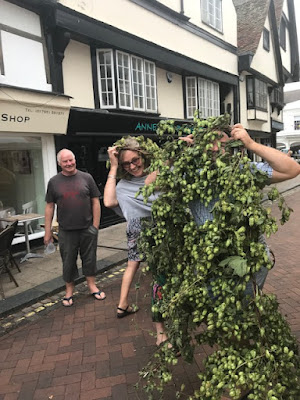 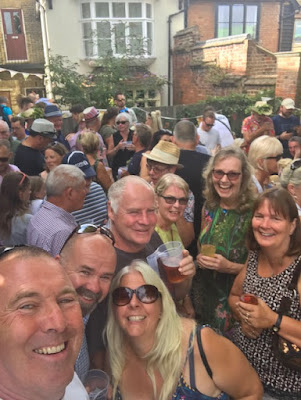 We decided to split from the crowd and got the train back to Whitstable where we walked to the seafront with our Fish and Chips watching the sunset. 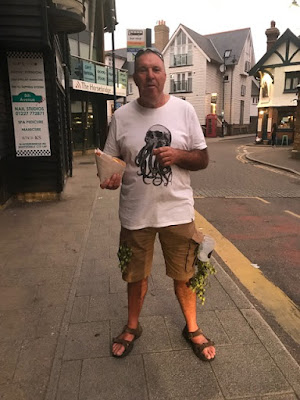 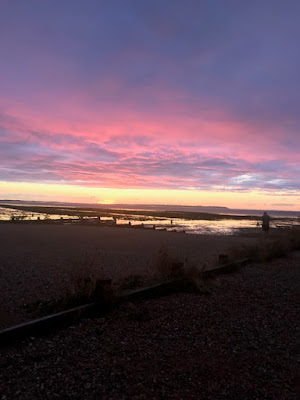 In the morning a good fry up was required, so we went to one of our favourite cafe's Windy Corner with all the gang including Gregs brother Chris and his wife Sue. 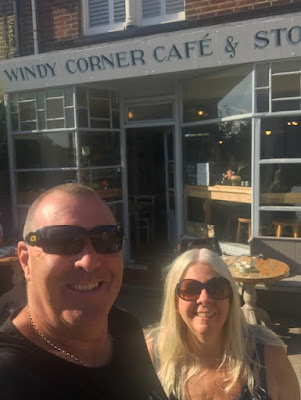 They left and we were back on the train for more punishment at the Hop Festival with a lined stomach. First stop a little Micro Brewery Del likes. 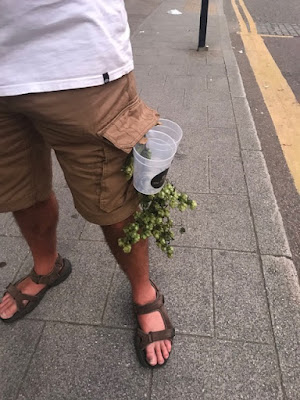 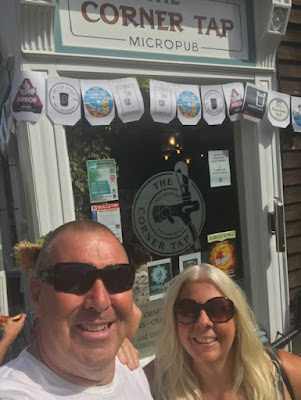 Greg was playing in a Ukulele band at midday and that put us back in a drinking mood. 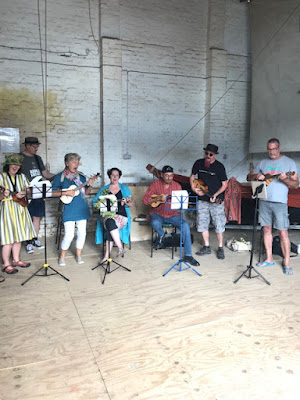 We soon did the rounds again on the stages and pubs with all the music. 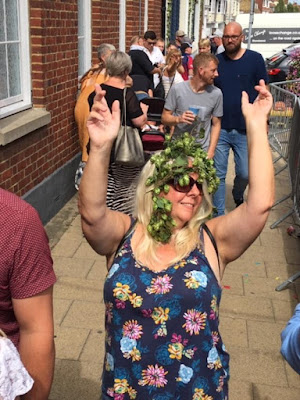 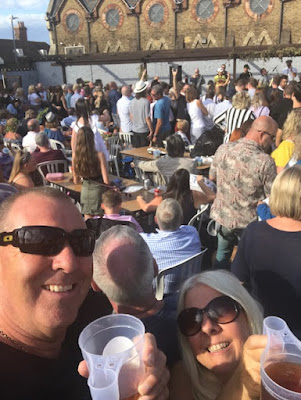 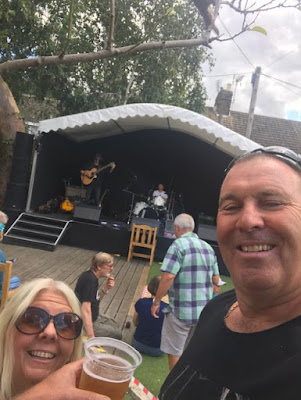 In Faversham there is the Shepherd Neame Brewery who sponsor this event and there are hops and different beers everywhere.. With our ear's full of music, and our heads full of beer we were invited back to Maxine and Graham's camper for a BBQ and some tranquillity and full stomach's again..
We then learnt that the trains had a problem and we had to leave a bit early again, but were lucky enough to get the only train running to get back.. After a night cap with Zoe and Greg crashed into bed..
We had some things to do on the Monday and they were back in Faversham. In the afternoon we were on the beach and back in the Neptune pub. It was a very early night for us as we all had a very early start in the morning..
Posted by Del and Al at 3:23 PM