Catch up at Clifton

So here we are again at Clifton, you all know how much we like this spot.. This is where they have got to on the new road nearby. 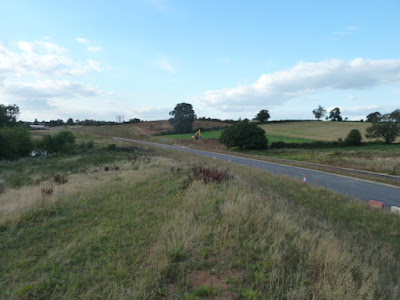 The road signs are up and the tarmac is down, paths are made and they are building a wall to block out the noise.. 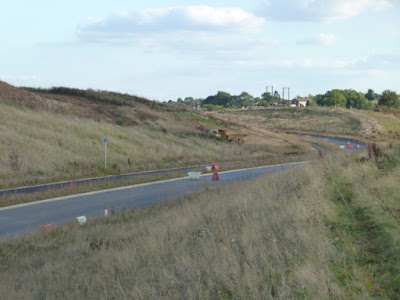 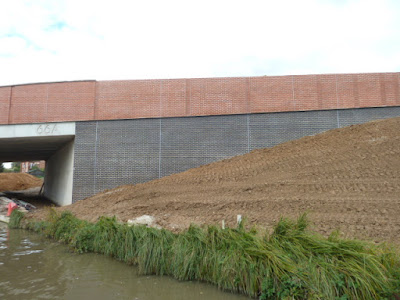 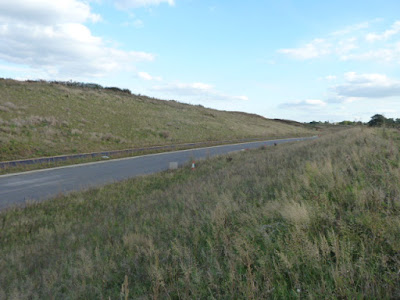 Its such a shame this lovely area has been taken for more housing and infrastructure, but times change and you have to move on..
When we were in the marina we didn't have to go on shoreline and because of solar our batteries were kept at 100% even though we didn't turn everything off (i.e. fridge, and internet) the only thing we did turn off was the water pump in case of a burst pipe, and of course the gas.
While we were here for three days, we did three loads of washing, vacuuming, hot water, and had the telly on for sport most of the day and it took out 20% each day from the batteries. This was because solar wasn't very good over those days. We have learnt that if we run the engine for an hour it gives us 10%. So while we were here we just run the engine for an hour and treated Derwent6 like you would in a house.. We can't stress enough that so far these batteries have been amazing!   We are moving on tomorrow, so we should get them close to 100% and get another three days of free power!
Posted by Del and Al at 4:52 PM