We were up early again and after John and Louise had walked the dogs, and we had all had breakfast, we said our goodbyes and set off for the locks.. We so enjoyed spending some time with them and had such a laugh.. Looking forward to seeing them again hopefully later in the year.. They turned left and we carried on to find that a hire boat had filled the lock and then waited for us to join them.. 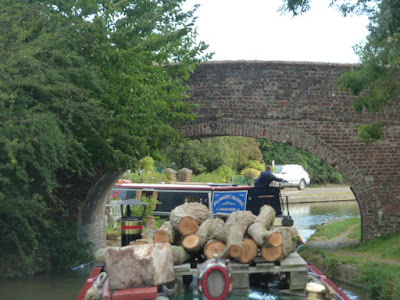 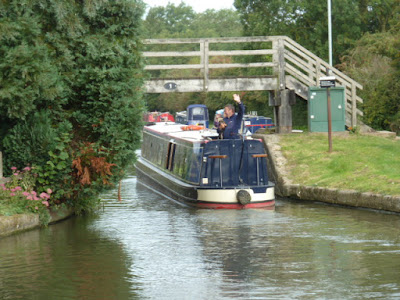 They had five crew and we were making good progress going down the flight of seven locks.. 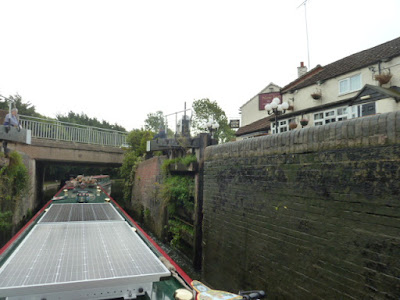 We did get held up for a bit as a tree was down by the railway bridge. 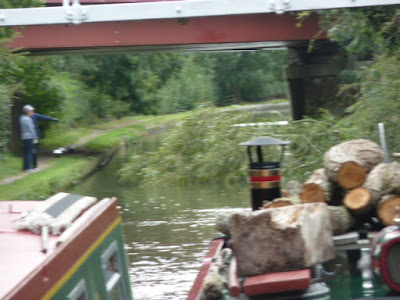 Del got on the bow of Derwent6 and trimmed a few branches, just enough for us to get through, then Al made a quick phone call to CaRT to tell them the situation.. The next three locks were easy. 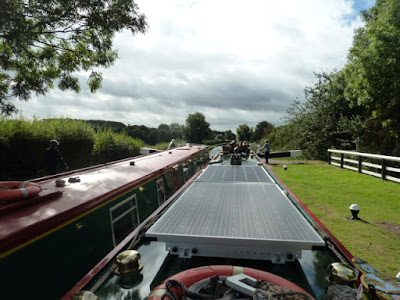 The hire boat was stopping at the bottom so they let us go on our way.. 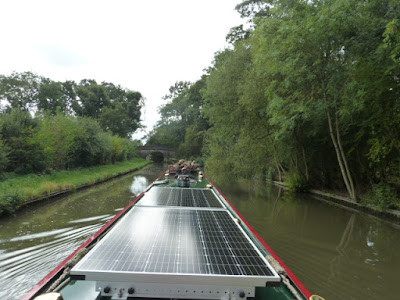 and we were being watched! 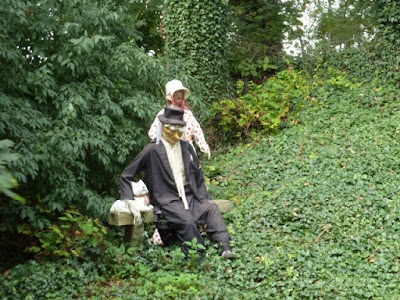 We headed towards Weedon and then to Weedon Wharf 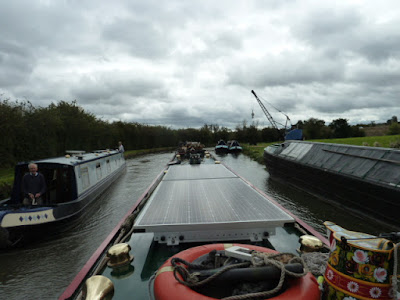 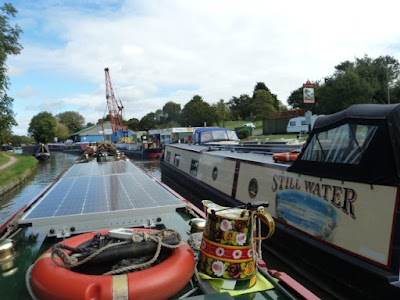 After a couple of washing loads and with the smell of the slow cooker wafting out of the engine room we pulled over onto another of our creature of habit moorings.. 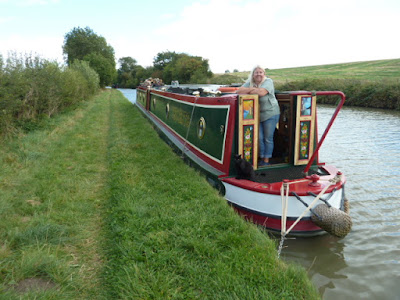 We now have to decide whether we stay here for the weekend or not.. What do you think Tooty is thinking on the stern deck? ﻿
Posted by Del and Al at 9:30 PM