Sunshine, Solar and Dust! but all is not lost

We woke up this morning and it was just a picture when we looked out of the window.. 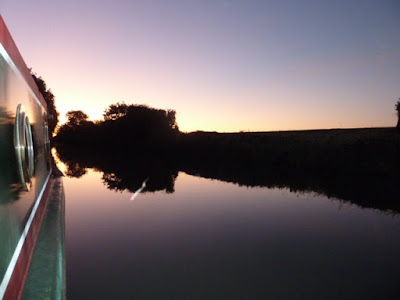 We thought we would stay put and just enjoy the weather and also Del had loads of cleaning and painting he wanted to do, and lets be honest with this view why would you want to move.. 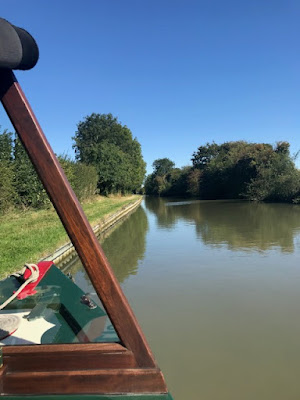 Al had a bit more washing to catch up on from our Southwold trip and also wanted to make some bread.
We had a Cactus in the salon which Al has had from a child and it wasn't happy on Derwent6 after we had moved it about.. We though we had lost it, but while we were in Lincoln with Ann and Tony Winter, green fingers Tony took a cutting and managed to save our family friend.. The plant is now back on board and looking great, thanks Tony!! 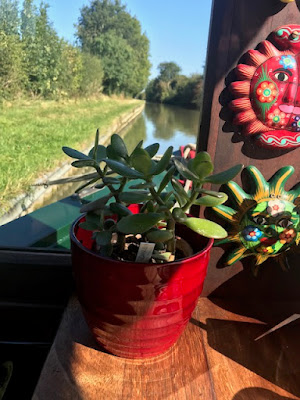 The sun is a little lower in the sky now and Del wanted to see if by tilting the solar panels for the first time, what difference it would make.. 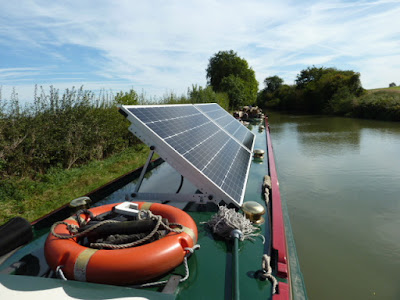 We were getting 300 watts with them flat so they were put onto tilt. 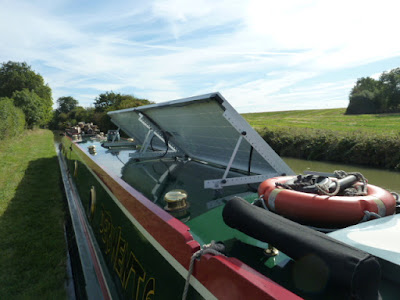 We were then pulling over 630 watts which was giving us 16 amps of charge into the batteries.. 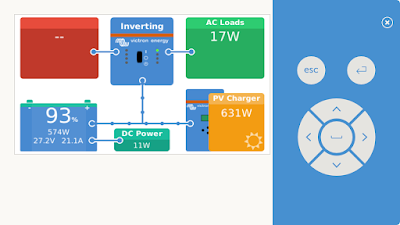 Del polished the side and also polished under the solar panels as they were up. He then did some painting of the side rails and stern deck, but it turned out to be a bad move.. Just when it was all finish the farmer in the field next to us decided he would churn up the field for his next crops.. 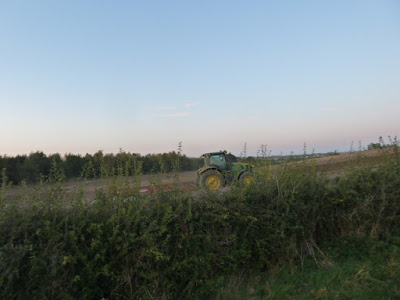 Dust covered Derwent6 and also the painting.. Shit happens!
Still, Tooty was loving it as the mice were scampering out of the field into his lap.. 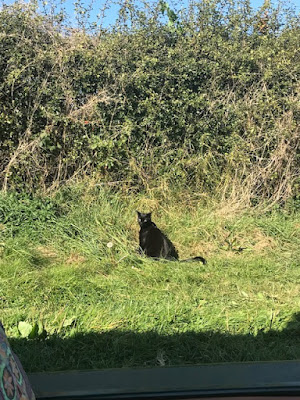 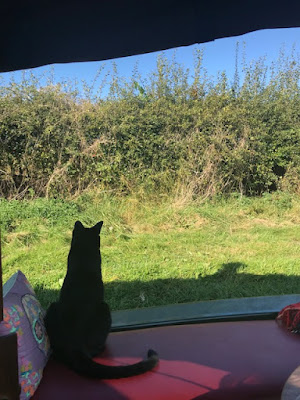