We had a lazy start and Del even did some brasses before we left for Hillmorton locks. It was very busy here as only one of the two paired locks were open in the flight of three locks. 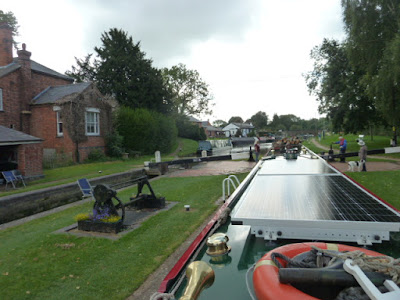 Again the top pound was very low and even though there was a volunteer locky on it wasn't getting controlled there.
At the top you could see the landscape changing as the new Houlton village was taking shape. 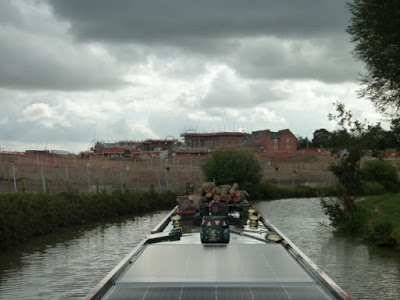 The weather was looking a bit angry so it was fingers crossed as we pushed on.. Just round the corner on the road bridge we met Jo and Keith on n.b. Hadar on their way to another boating festival .. It was nice to see them looking so well. 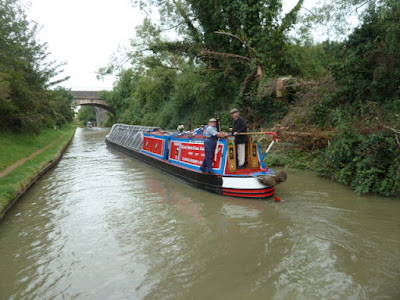 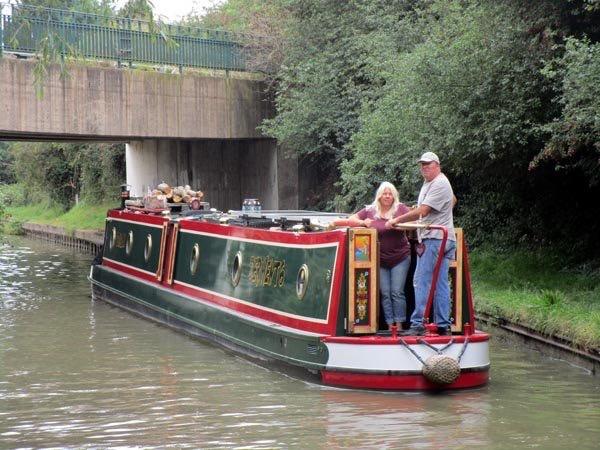 We do like this section as anyone reading this blog will know, but that sky was a worry. 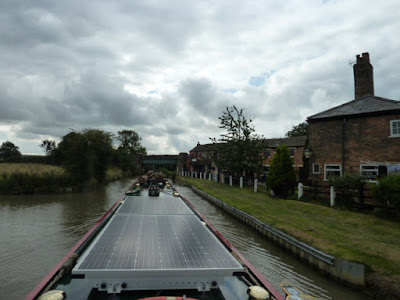 Even these fella's were taking cover. 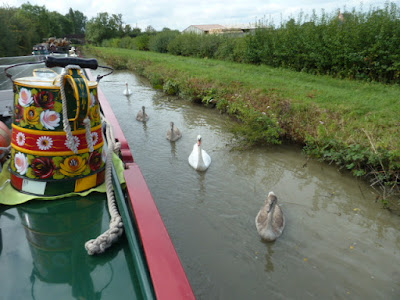 We arrived at Onley, another of our favourite moorings, and for the last couple of mile was following another boater and she was having trouble getting her prop to work.. 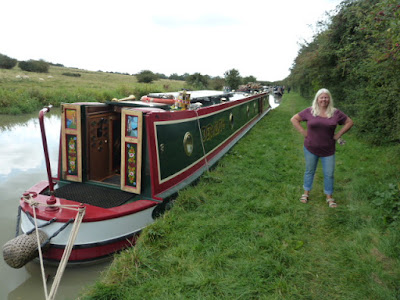 We both moored up and Tooty the cat was off in a flash, telling us the weather was getting better. 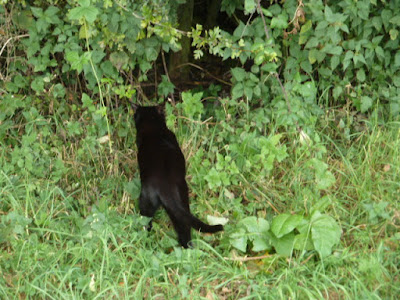 Del then walked back to see if he could help the woman.. He was soon down in the engine and looking at the gearbox which was flooded in water and it had weakened the oil.. You could get the filler cap off but the drain plug was seized on. Del added a little oil to the weakened oil just to get her to a marina so they could change the oil for her.. It worked..
Meanwhile friends John and Louise on n.b Ploddin' Along turned up and before long the drinks were flowing.. 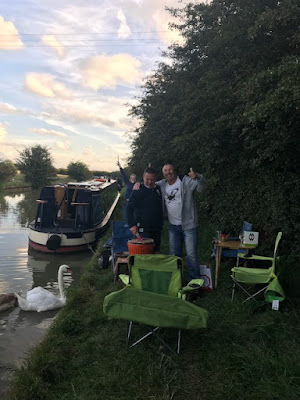 They have a new puppy Lola, a friend for Jasper their other lovely dog.. 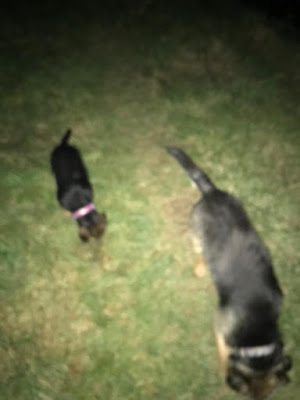 They got out their new BBQ and it was pretty amazing. 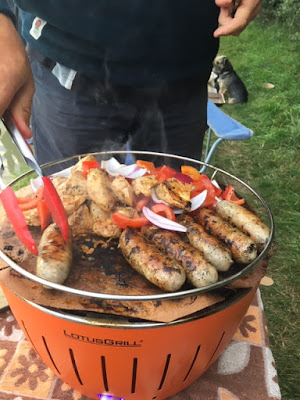 It had special coals, but only took a small amount and was ready to cook on in about four minutes.. 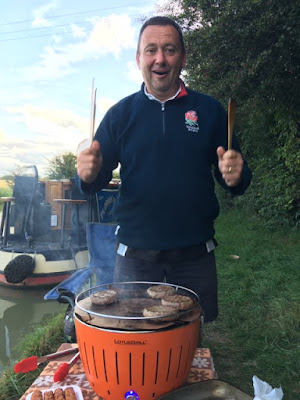 Might have to purchase one of these for next year.. As you can imagine we sat outside into the night, drinking and chatting, as it still felt quite warm.. 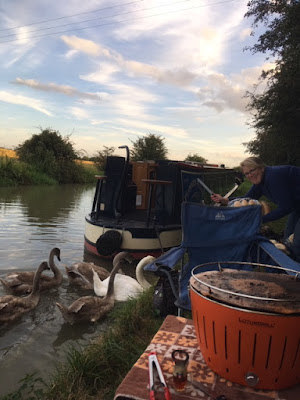 It was a memorable night and we plan to move off with them tomorrow..
Posted by Del and Al at 5:01 PM