Well we stayed put over the weekend and watched the football and Grand Prix which you all know we like to do.. Plus to Al's delight Strictly is back! The weather wasn't bad and we managed to survive on solar. 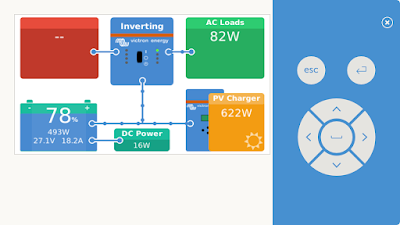 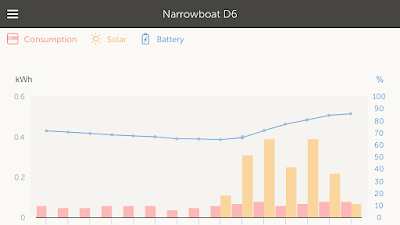 We still haven't had to light the fire even though the roof is full of wood.. We haven't needed to buy any coal either as the weather has still been really mild for the time of year.. We have put the central heating on for an hour for a couple of nights, but this has been mainly to give us hot water as well as warming up Derwent6..

The engine is still making a clonking noise even though the paint mark on the end of the crankshaft hasn't moved.. It has now done nearly 200 hours (since the last new clamp was fitted) and Beta say to check it at now 600 hours. If this noise gets any worse then an investigation will be required and we will be starting at the crankshaft nut.. We have now acquired a spare keyway and a crankshaft nut just in case we are stuck in the middle of nowhere, and then we can still get Derwent6 mobile again to get to a marina.. These hours would have been a lot higher if we didn't have solar.
On the Monday it was tipping it down and we had no solar at all, blimey we might have to run the engine.. 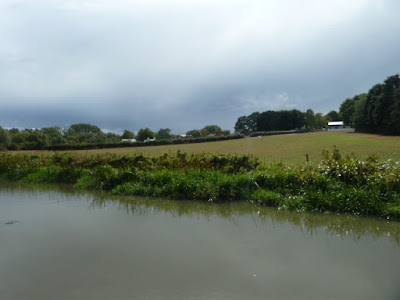 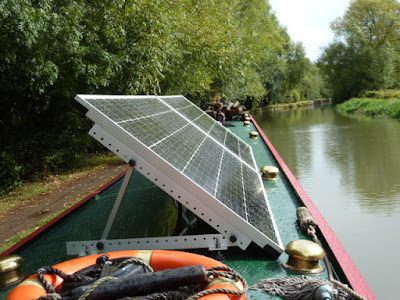 They forecast thunder storms, but we just had heavy rain.. It was a very mizzy day and tempting to light the fire, but Al did some cooking which warmed up Derwent6 a treat.  We did run the engine for an hour and a half from 5.30pm to 7.00pm which brought the batteries back to 85%. The weather looks a bit better tomorrow.. 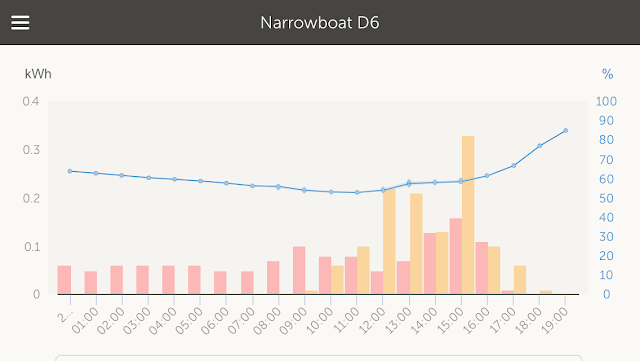