Win some, Lose some!

On the Wednesday Al was back on the train down to London and then onto Sevenoaks to meet up with friend Sarah for lunch.. They ended up having a cheap meal in Prezzo's because Al had some Tesco's vouchers to use up.. They had a lovely day catching up and while down Al picked up the post.. Del spent the day clearing out the engine room of stuff as it was looking like a garden shed in places..
On the following day we set off as the weather had a window, but first Al had a surprise as we had won £140.00 on the lottery. 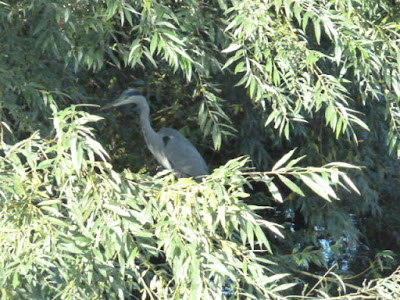 Very happy, we got to Leighton Lock and it was in our favour. 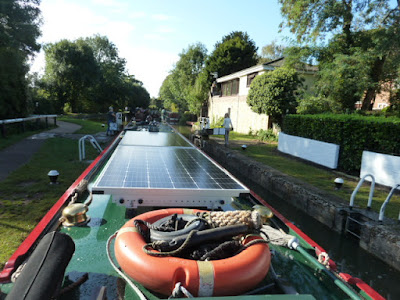 We soon reached Tesco's and Aldi and Al spent an hour going round the shops food shopping. 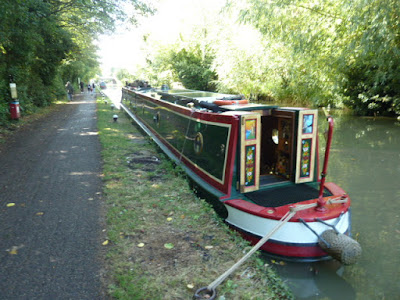 Jules the coal boat turned up as Al was shopping and we were ready with a big order. We soon spent our £140.00 there. We topped up with 122 litres of diesel, had two bags of coal and needed a gas bottle. 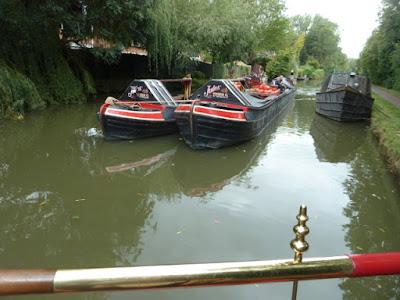 Al turned up with the shopping so we were well out of pocket lol, but with the feeling that we were all sorted for a few months.. 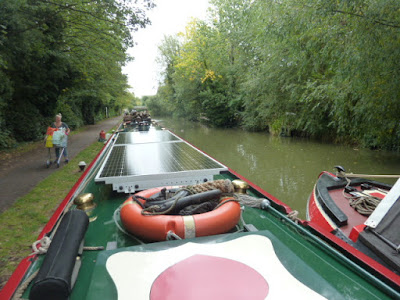 More bad news was that the glass on the fire, had, for no apparent reason, cracked, and now required replacing.. 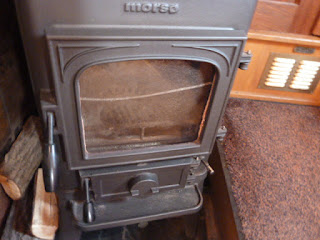 We then went under the bridge and topped up with water and got rid of all the rubbish which filled the bin up from shopping.. 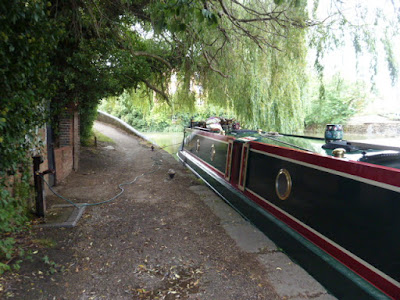 We were then really set to go, and made our way past all the moored boats along this section.. 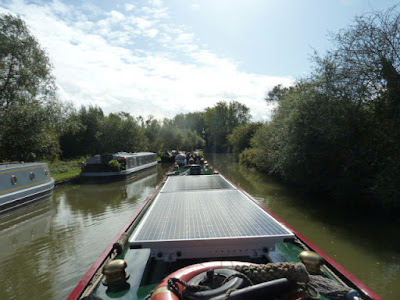 At Grove lock again the lock was in our favour, another win, and as we went in another boat was waiting to come down.. 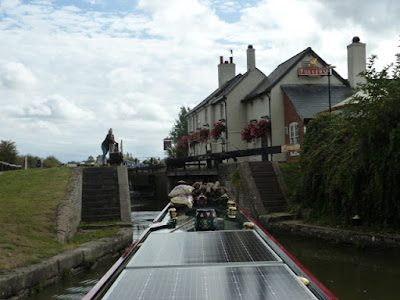 The wind had really got up and we thought we needed to moor up. We knew we could get a good telly signal here so pulled up in the sunshine in the reeds.. 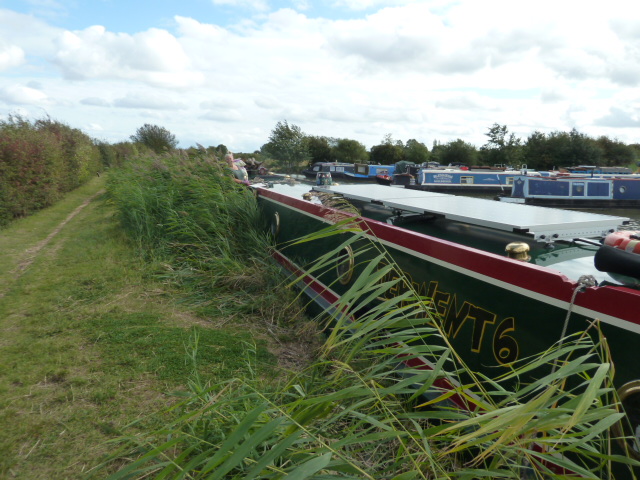 We felt very smug with all our tanks topped up and gas and heating fuel if we need it.. it had felt a long day but in fact we had only gone a few miles and done two locks.. Best not over do it!
Posted by Del and Al at 11:20 AM