Delay to a long day!

Sunday is not a day we like to move on, so we stayed put and Del did the cratch board, plank and cleaned the lamp on Derwent6. It was one of those mist on the water mornings where the sun was trying to get a break through. 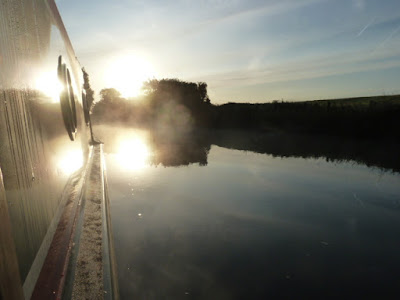 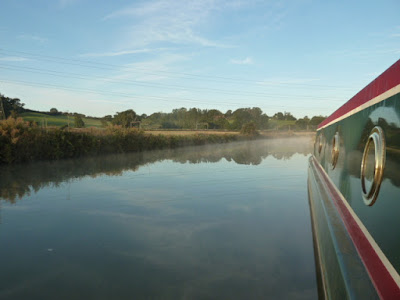 We soon had the batteries up to 100% on the solar panels, but Del did tilt them again. Al had a lay in with her book and then did some washing and got it hung out on the line.

On the Monday it was going to be an early start for Del, or so he thought.. Tooty was let out at 4.00am and Del was going to leave at 6.30am, still no Tooty.. He eventually came back at 7.15am and we managed to get away at 7.30am.. yes he does rule the roost!
It is lovely cruising early in the morning and we took a few pictures of the wildlife. 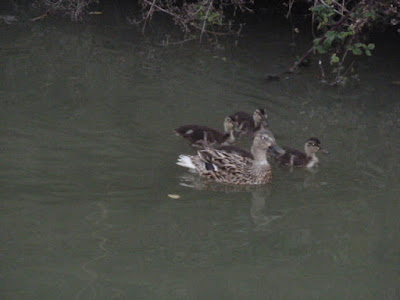 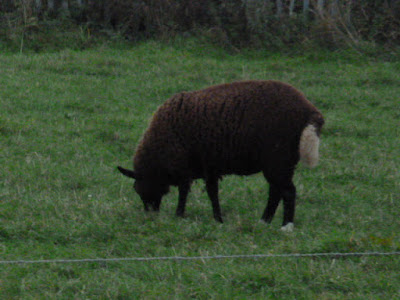 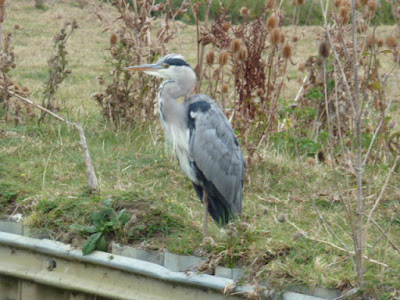 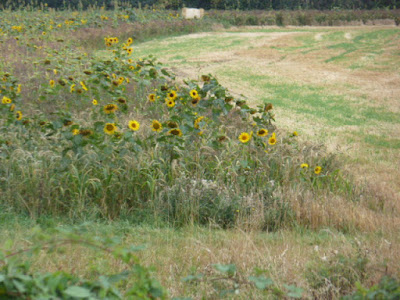 When you cruise early the water looks like a mirror and everything seems so still, its the best time of the day. 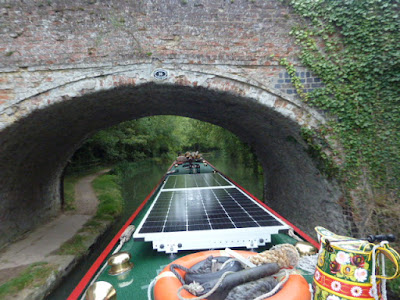 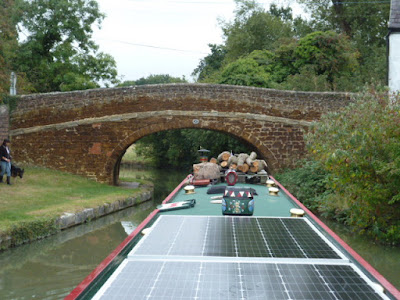 We made our way up to the Northampton Arm and had a little hold up while someone manhandled their boat, but we were some on our way towards the tunnel.. 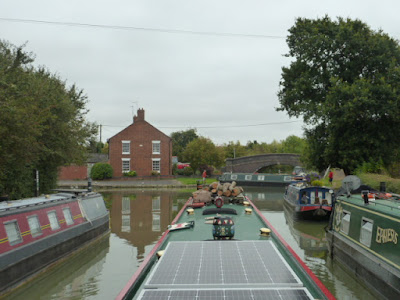 As we entered we soon realised how wet it was, even though we hadn't had much rain.. 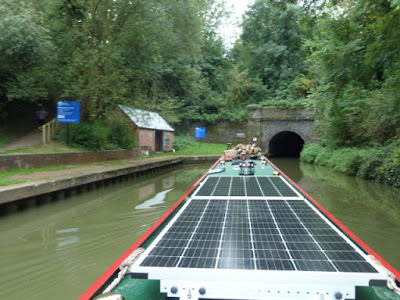 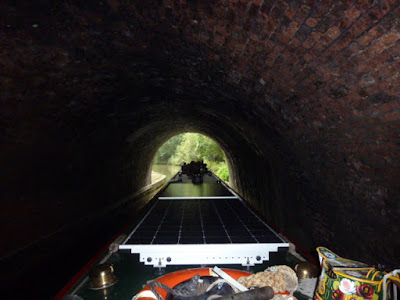 We were lucky enough to only have one boat to pass inside and were soon approaching Stoke Bruerne locks. 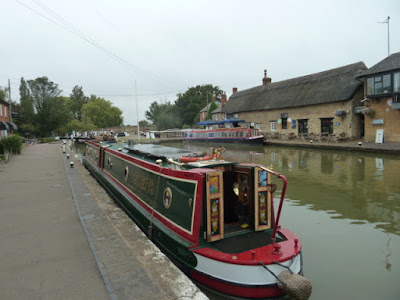 When we got through we spotted this, does anyone know what it is? 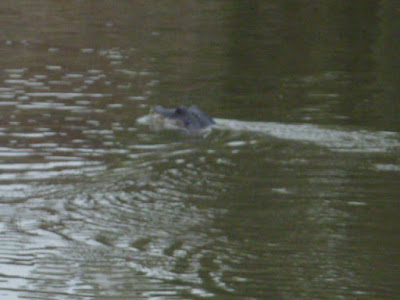 All the locks were against us as we had a pair of boats further down the flight, but it didn't seem to take us that long as Al had it all sorted.. 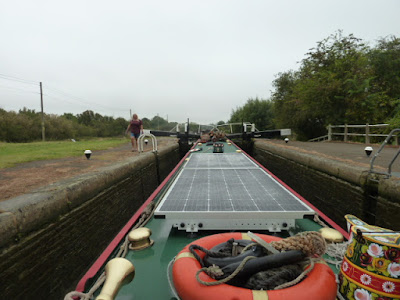 At the bottom we decided to fill with water and do a manual pumpout as its nice and easy to do here and you're not bothering anyone... 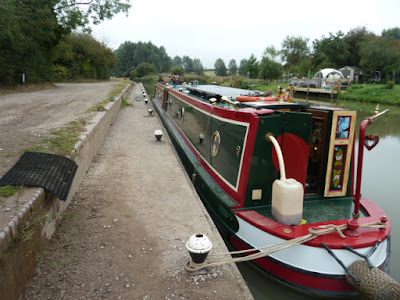 We then pushed on to Yardley Gobion which was hazard free. 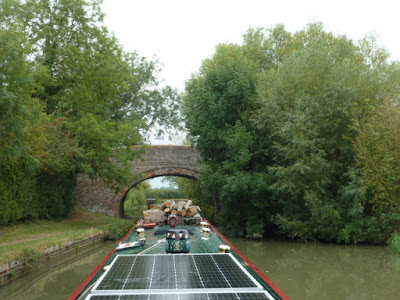 We then got to Thrupp Wharf and the trouble started. 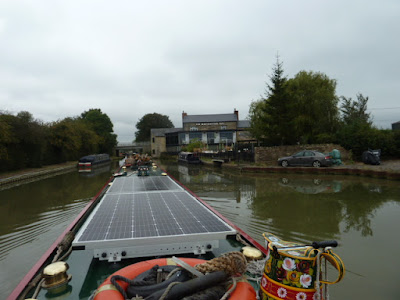 First we were pushed over by a huge widebeam taking the bulk of the canal. 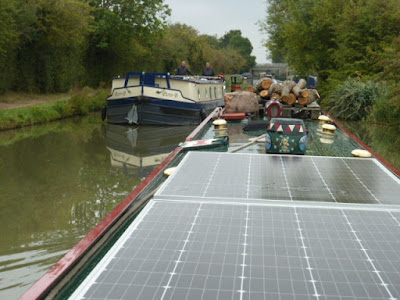 Then Del was attacked by a woman armed with a hoover, he was so shocked it came out a bit blurry. 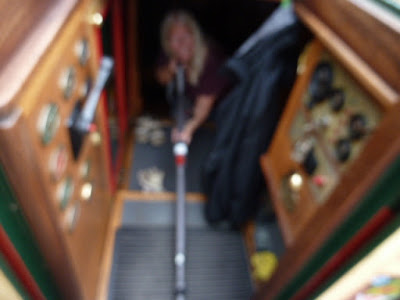 We carried on to Cosgrove going under one of our favourite bridges. We then waited for a boat to come out and Al got told off for opening both gates for them!... 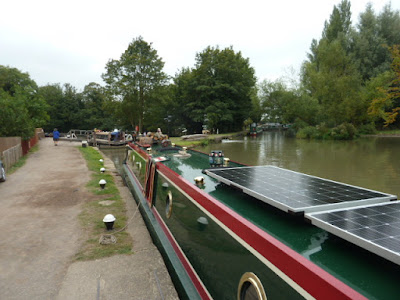 It was time to moor up as it had felt a long day and we managed to get just out of the trees.. 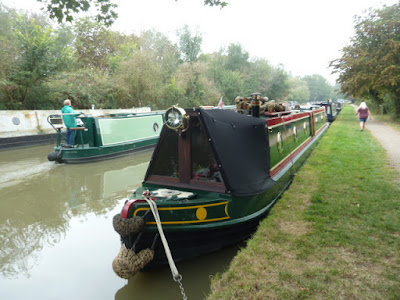 Al then walked down the shop to get a few provisions for our trip tomorrow and it was Del's treat to take Al out for something in the pub tonight.
We walked down to the Barley Mow via the horse tunnel. 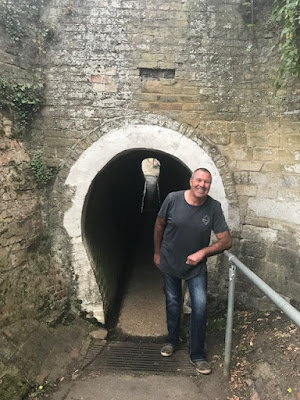 We had a lovely meal there and there was plenty of it and planned what we would be doing this week.. Busy, its always busy!! 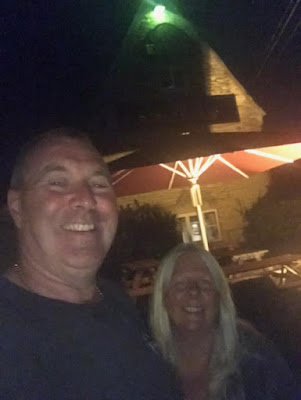 What a beautiful days trip.
Could the swimming creature be an Otter?
Ann and Keith xx

the creature is a remote controled crocodile

tony said...
This comment has been removed by the author.
Thursday, September 19, 2019

Thanks Ann & Keith, yes really enjoying the GU, and well done Tony, you're right, it was a remote controlled croc!! Never seen one of them before lol