We decided to stay on the 72 hour moorings at Torksey Lock because it was very quiet here and it would let the weekend traffic do it's business. We thought about using the café here which looks lovely with its teapots on the wall, but when we looked on trip adviser it was a big no go area as the woman who runs it is a bit of a nightmare. Shame as it is a little gold mine..
Del did some polishing (as always) and Al got the dyson out and cleaned inside. She has been feeling a lot better of late and only has the dizzy spells when she lays down now. Weird!
We have tried to cut her tablets back again to two a day, and she says she feels like she has a hangover, it just shows how powerful they are..
We have been having battery problems again. Derwent6 had new batteries in May 2017 and in September 2017 we had one go down after our trip to Liverpool. This was replaced after a lot of aggro with the supplier, and things were fine until a month ago.
Del was checking things regularly and was suspicious about one battery not holding charge and discharging very quickly. Batteries when charged should read about 12.75 volts and when low read about 11.65 volts. On testing we have one reading 9.73 volts. 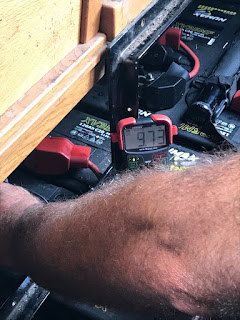 A phone call was made with the readings, as the batteries were guaranteed for four years, and they said their technical guys would look at it and come back to us, watch this space!
While we are moaning, what do you all think of this..
In the visitors carpark there is a brand new sign which CaRT have put up with their NEW logo on it. It has a map of the lock, the pub, and the tearooms on it, bet that wasn't cheap!!! 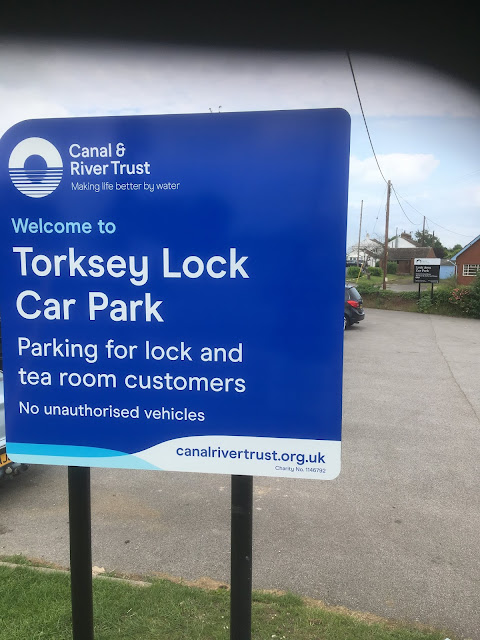 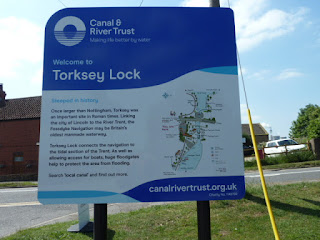 If you look closely, behind this is a perfectly good sign, hardly phasing this signage in then, and it was not even required.. 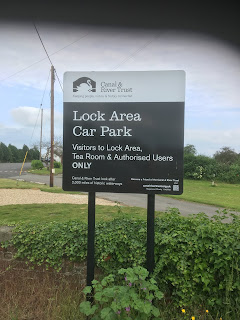 I enjoyed this account of the cafe at Torksey: https://pippa13.blogspot.com/2018/05/brolly-weather-15th-may.html

Here’s the bit about the woman who runs it. “I think (well I hope it was a one off bad day) the lady must have got out of bed the wrong side. Everything, was just too much trouble. She asked if we wanted to split the payment to which we replied 'yes if it is too much trouble'. Sadly her answer was 'Well yes it is'!! ”