We got up early as we had a bus to catch at 9.45am, so it was shower and out for us.. We left the old battery in the Marina Reception which was going back today, and made our way into Lincoln.
We walked the high street and stopped at a place called Churchill's. 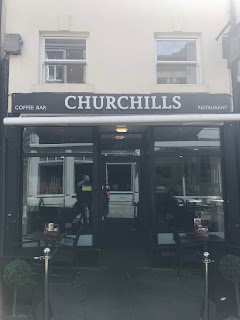 We ended up having a pancake breakfast there, fabulous!
We then walked up the hill, called "Steep Hill" and you just felt you were in the Hovis advert.. 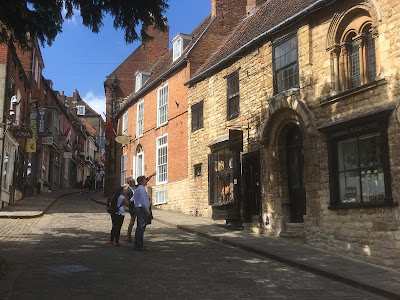 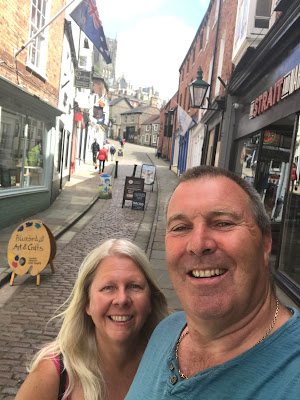 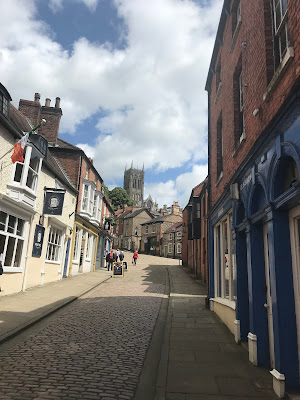 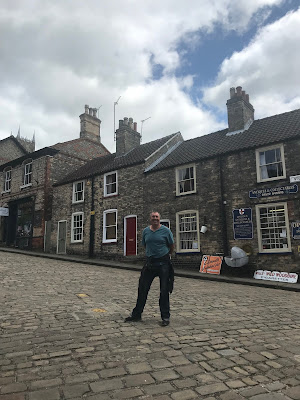 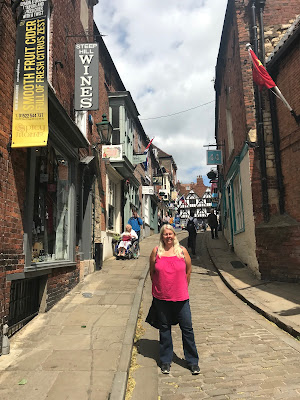 When you get to the top the Cathedral is on your right and the Castle is on your left..
We had walked off breakfast already so we went to the cathedral first. 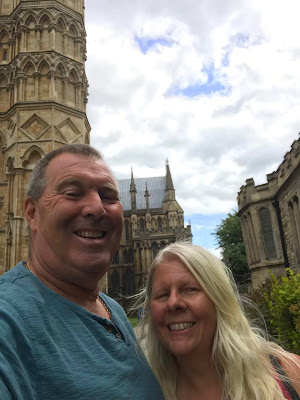 It was a shame the front was covered in scaffolding but it still looked stunning.. It was £17.00 to go to the cathedral and the castle, and as the money was going to a good cause and we didn't mind paying it.. 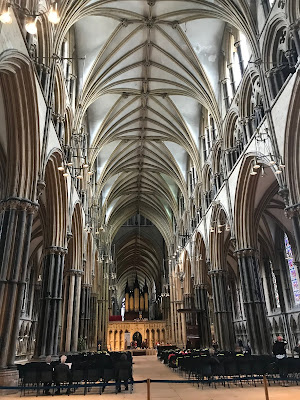 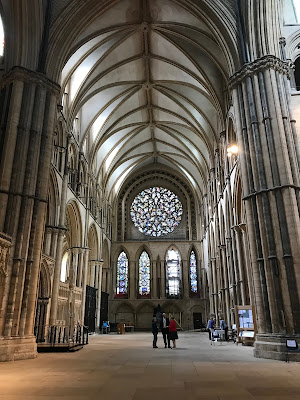 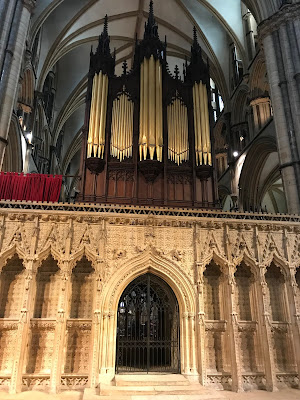 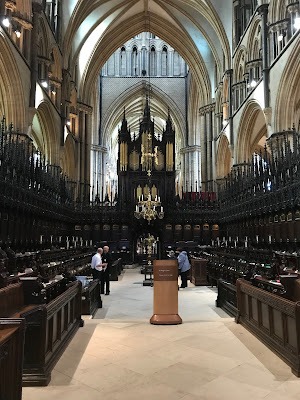 When inside it has the Wow factor as you would expect and the carvings and workmanship will blow you away.. We always light a candle for our loved ones not with us.. 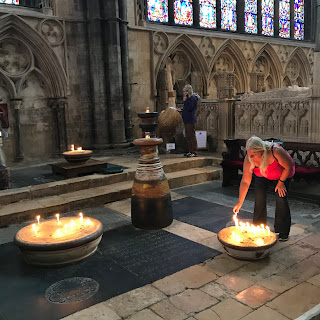 You can see the stone steps worn away through the ages of time from the 13th Century. There is a bowl that was discovered there dating back to the 700's and some fantastic artefact's. 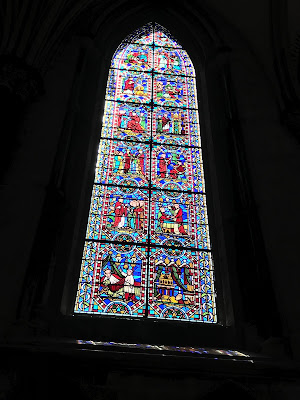 As you can't go up the towers it didn't seem to take us long to see it, so we came out and wandered over to the castle. 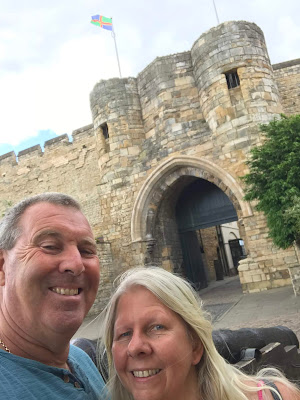 Here you can visit the Castle wall walk, the Victorian Prison, and see the Magna Carta. 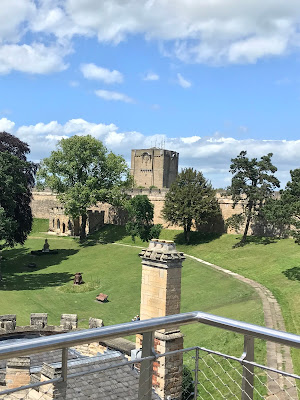 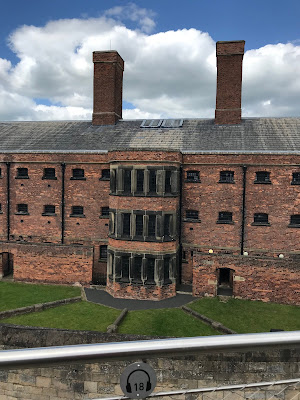 We first needed another drink so we headed for the café and a pot of tea..
The sun had come out, so refreshed we thought it best to walk the walls first.. It was blowing a gale but still warm so we took the free audio tour and took the stairs to the top of the wall. 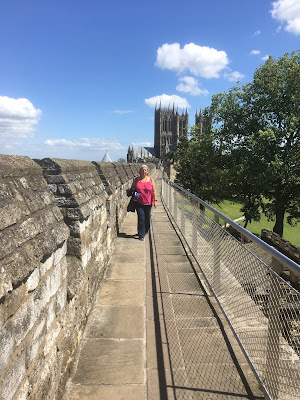 We have got to say it was so interesting and well worth the time in doing it.. 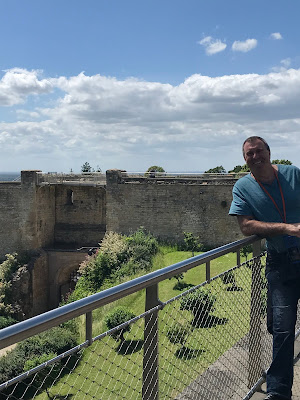 Not only do you get all the history about the Castle but also some fantastic views from there..
We even had a Red Arrows display overhead as we went round so it was good timing, you can just spot them to the side of the cathedral here.. 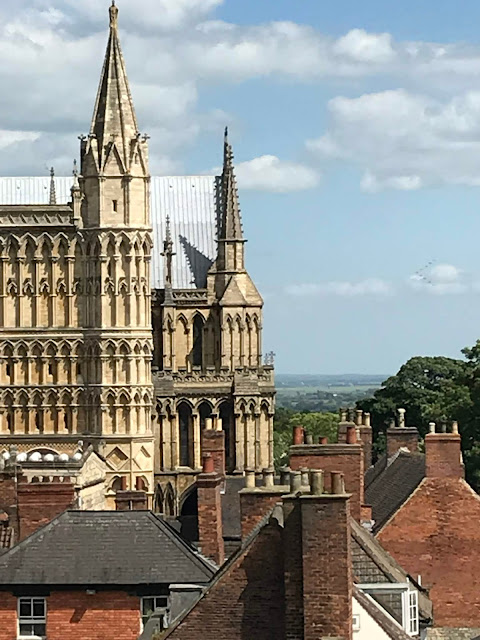 From there we went to see the Magna Carta Vault which is in darkness to protect it.. There are only four of these and we have now seen two, very lucky!
It was then over to the Victorian Prison, and this was first separated into murders and debtors'  and then later into men and women and each cell tells a story. 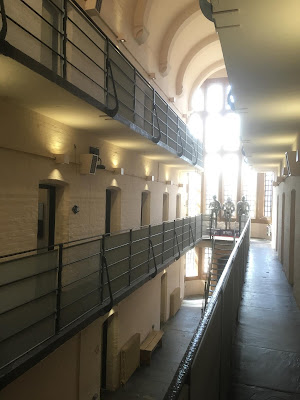 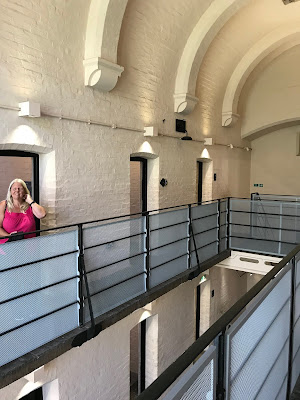 It was very well done and very interesting, in fact we spent longer in there than we thought we would.. 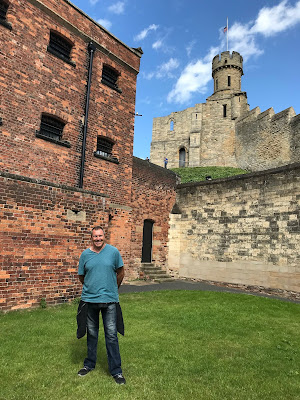 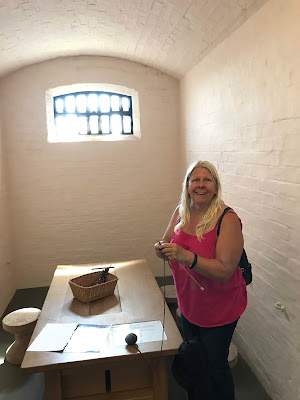 We walked back down the hill into the main shopping area and just managed to catch the last bus back to Derwent6.
It was quite a tiring day and we were pleased to put our feet up.. We were watching a bit of telly before we crashed out and then we heard a BONK! down the side followed by a splash!.. Tooty was in and panicking with a meow and splashing. Al checked and then called Del panicking. Del then grabbed the net off the roof and we honked him out, with his little heart racing! He had tried to turn on the gunwale with geese chasing him or him chasing geese, bad move! He's in now for the night! 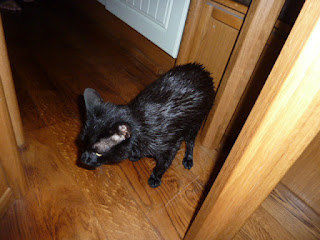