We left Gunthorpe at 9.00am in again warm sunshine. The wind had picked up a bit, but it was quite nice to keep you cool.
Another boat left in front of us and headed off into the distance, but Derwent6 was set at 1400 rpm and we wasn't going any faster. 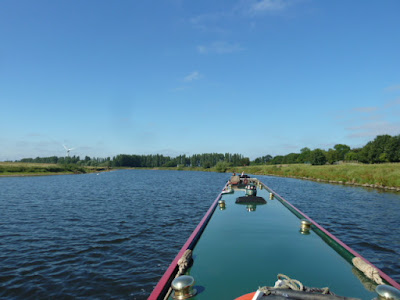 We again used the charts as there are some tricky sections here, which caught us out going downstream.. It had caught out others as well. 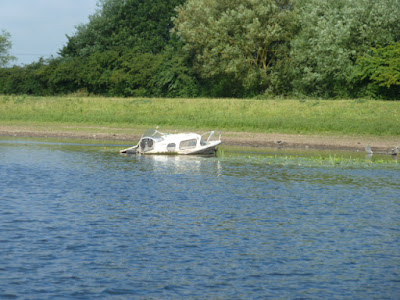 We made Stoke lock and after calling ahead on the radio we were clear to go in.. 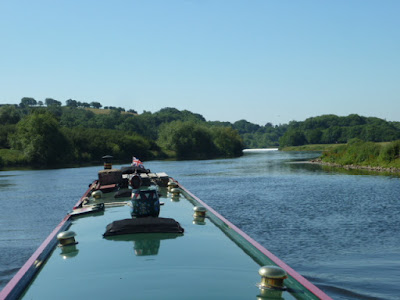 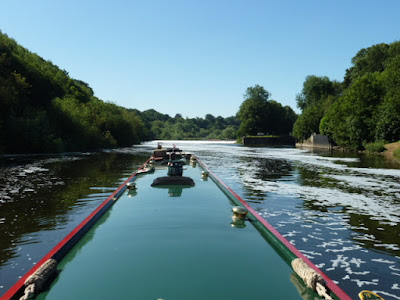 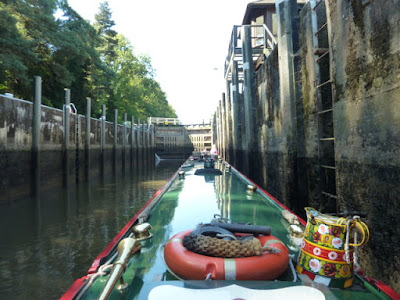 All on our own we exited the lock and made our way up to Holme Lock. 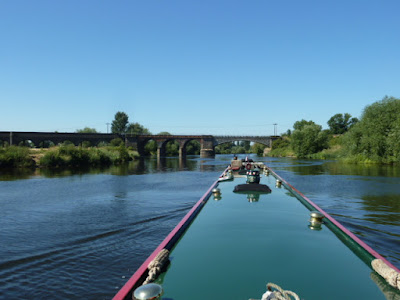 A radio call here informed us of a 15 minute delay, as three boats were going up in front of us and  one of the lock gates wasn't working, also it was very slow going up.
We moored on the pontoon and waited for the green light. 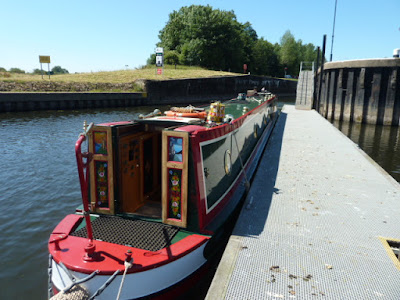 On the go ahead we made our way in and was told that another two boats were now going to join us. One of these was a narrowboat and he pulled up opposite us.. Strangely they didn't tie a rope to the bow of their boat and only held it on the stern. As the sluices opened and the rush of water came in the woman on the front couldn't hold on to the ladder, and he started revving the engine to try and get the boat straight.. BANG! straight into the bow of us, Al hanging on to our rope and trying to push them off as it just kept banging the gunwales.. 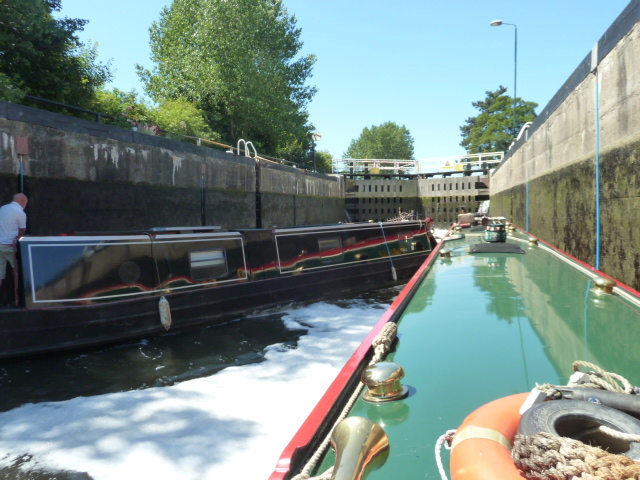 Yep you guessed it, not even a sorry. Not good for the lockkeeper who didn't double check that it was roped and not just hand held by the ladder. If we were a fibre glass boat it would have been crushed and a lot of damage would have been done.. Oh well! more paintwork!!!!
We left the lock not happy bunnies wondering what we would find when we moored up, but the weather and the cruising soon put a smile back on our faces.. 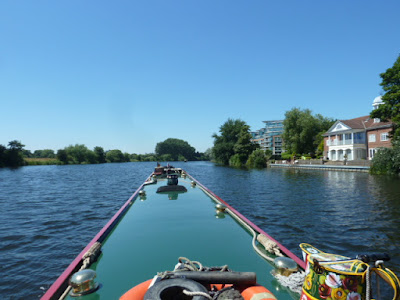 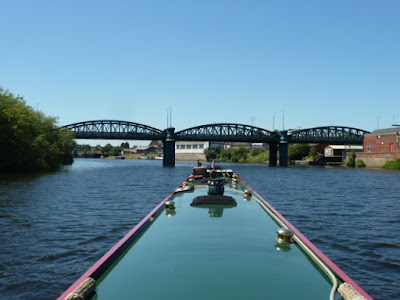 It was only a couple of miles before we headed off the Trent and onto the Beeston canal at Meadow lock. 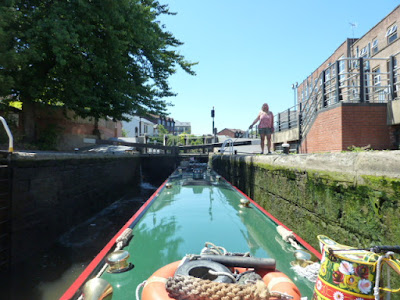 We got the lock ready and another boat followed us in, luckily not basher boy.
It felt nice to be back on the quaint canals twisting and turning under bridges again.. 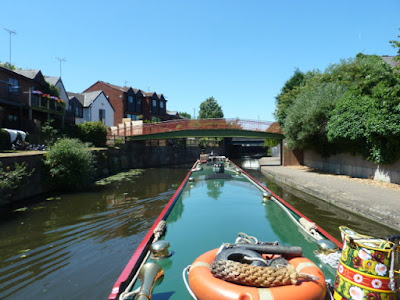 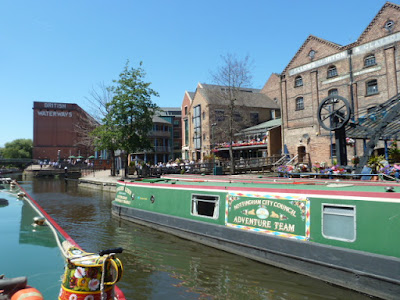 We reached the Town lock of Nottingham and again went through with the same boat, alongside a few onlookers.. 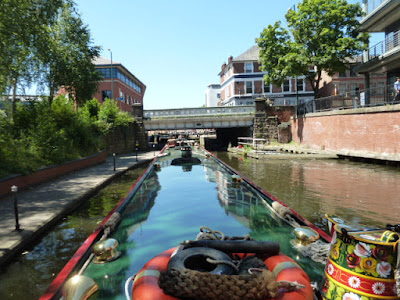 We managed to get moored in the same place as we did on the way down, so Tooty should be pleased tonight. 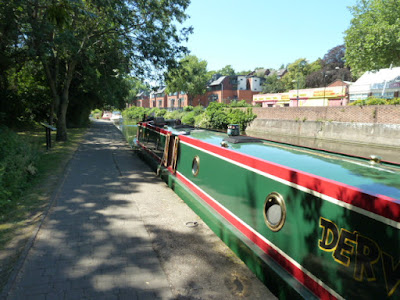 So we need to top up with shopping and hopefully see the England game at some point.. We watched Germany go crashing out of the tournament.,We have enjoyed the football!
Posted by Del and Al at 3:55 PM