After chilling out over the weekend and topping up with food shopping, we were up on Monday waiting for a call.
Bernie and Sarah were coming up from Kent to stay with us and Bernie was bringing his Mum and Dad to visit Derwent6. 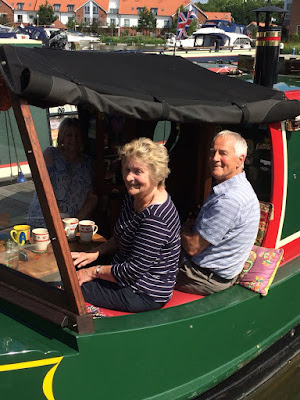 At five years old, Del was the boy next door, who used to go round to Bernie's where they just did boy things. Out on their bikes, building models, listening to (loud) music. Bernie's Mum and Dad were brilliant to us both and this was a little bit of payback time.. They had always followed the blog and Tony (Bernie's Dad) had painted a couple of pictures for Derwent6 but had never seen the boat in the flesh. 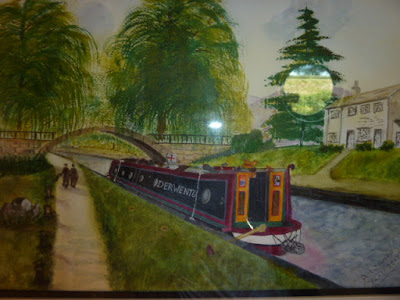 One of our reasons for coming to Lincoln was so they could get to see it and also get a trip in it.
We all boarded and came out of the marina, and it wasn't long before Tony was on the tiller.. 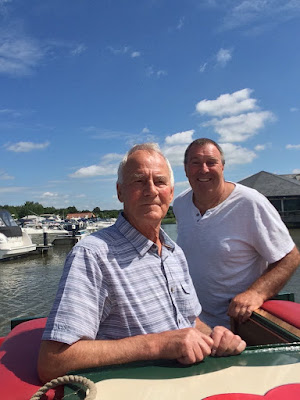 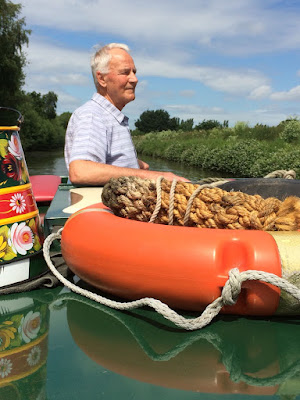 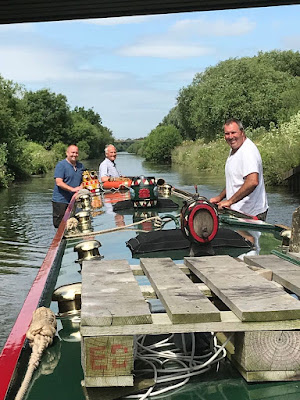 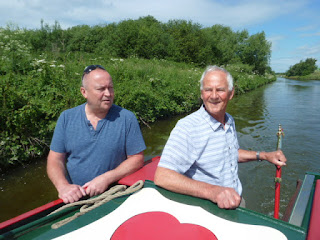 We only travelled half an hour before Tony moored up outside the Pyewipe Inn pub.. We soon got the chairs out and had a good chat and a catch up about old times. Ann & Tony were a big help through difficult times for Del, and it was nice that they felt like Del was another son to them, Bernie has always felt like a brother.
We went in the pub for some lovely food still chatting away.
We then got back on board and set off towards Lincoln. 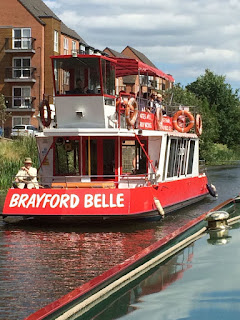 This time Del took the tiller while Ann and Tony just chilled in the cratch. 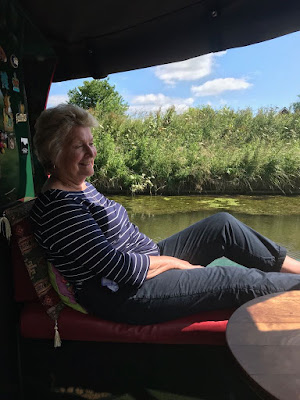 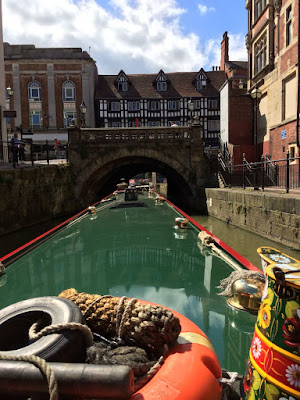 We went through the Glory hole and through the town and turned just before the first lock. 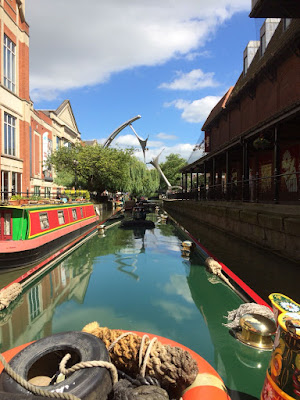 The weather was fantastic and it was a very pleasant cruise back to the marina. 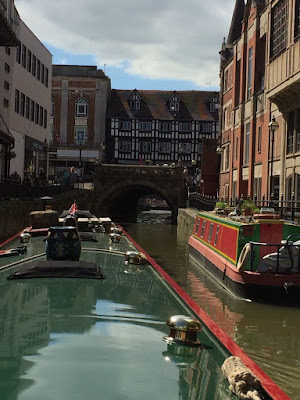 We got back at around five o'clock and then said our goodbyes to them with a plan we would see them again in a few days.. 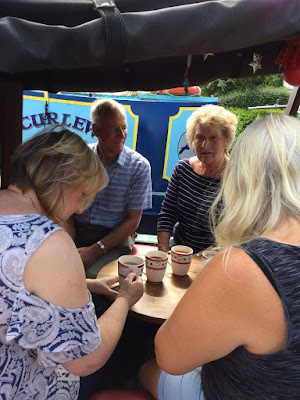 Del and Bernie watched the football while Al and Sarah exercised their jaws..
Posted by Del and Al at 5:17 PM