Al was up early and went to Sainsbury's for another big shop. She called Del at the tills and he helped her carry the bags back. 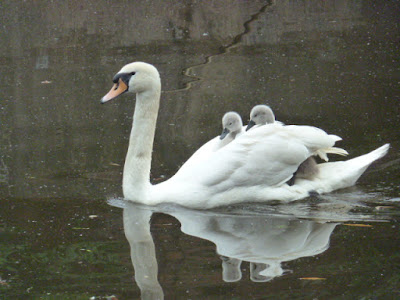 We then set off and did the first lock, Castle Lock. 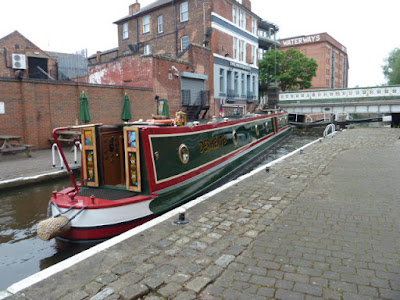 It was then onwards and upwards to meadow lane lock where we needed water. 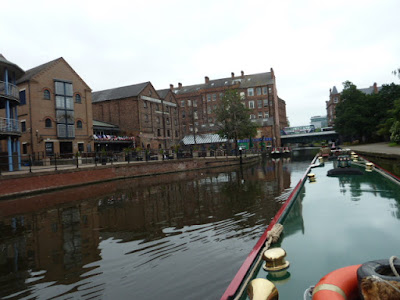 We were told by a CaRT employee, who was painting the bollards, that this was a slow water tap and it would be a good idea to get water further down, as we could be there two hours. Derwent6 does have a big water tank, but two hours? that is slow.. When we got onto the mooring it didn't seem that slow and we were done in 45 minutes. 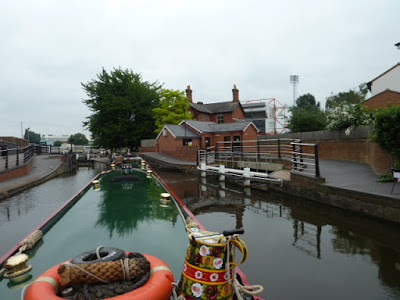 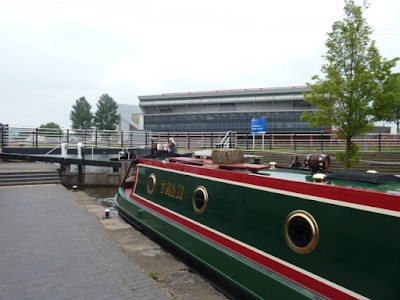 We then went through the lock and pulled out onto the Trent, with Notts County's meadow Lane on our left and Notts Forest's City ground right in front of us. 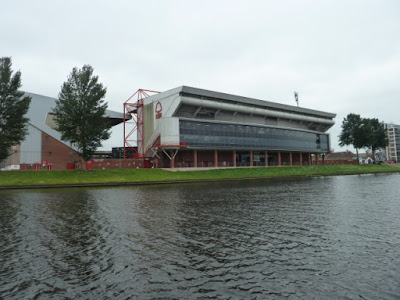 We soon got into the current and eased back the throttle and let Derwent6 go. 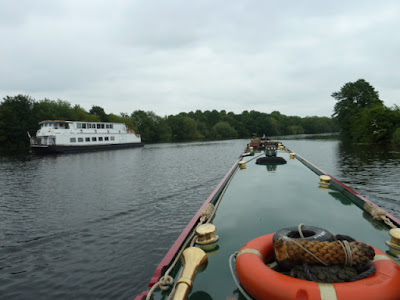 We passed all the power stations and recycling refuge tips, before we got out into the countryside.  It was lovely to be back on the river and the sun tried to come out..
We got to Holme Lock where we caught up with another narrowboat. We pulled into opposite sides and the very nice lockkeeper let us both down. 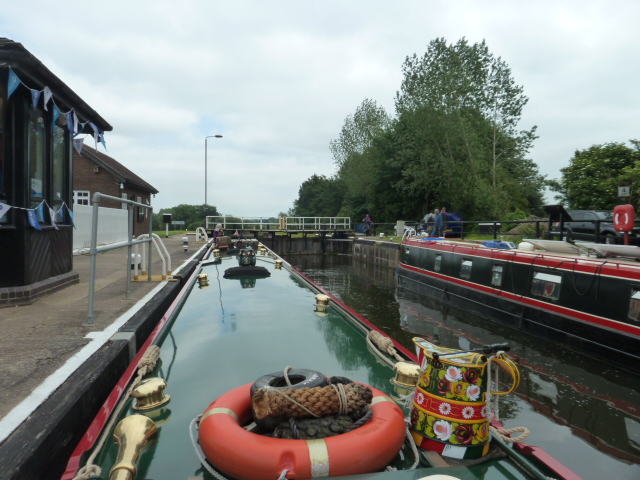 Here we met Ness who was so pleased to see us and follows this blog. Hi Ness, it makes it all worth while when you get that feedback.
We were let out first as the other boat was mooring up, and we were cleared down to Stoke Lock. In the distance we could see the traffic lights which were red which means you can't enter and must moor up. These turned quickly to red-green which means the lock is getting ready, then the light turned green and the gates opened, perfect timing! 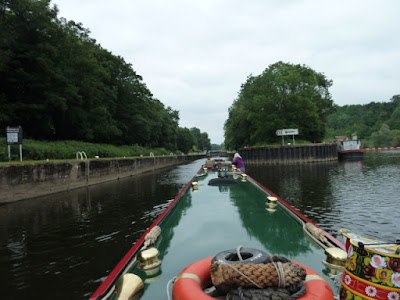 On the locks they have sliders which you just put the rope round and it follows the boat up or down, much easier and safer than the Thames. 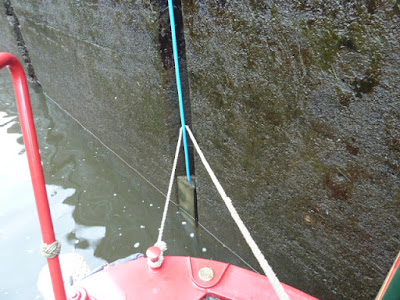 The wind had got up and we were in open country again. We took a couple of S bends and could hear a scraping underneath the hull, we were grounding in shallow water. 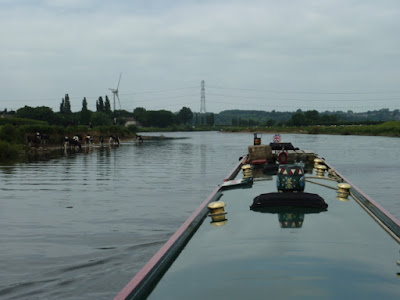 Although it felt we were in the middle of the river we seemed to have hit what they call a sink hole. This is where the huge heavy aggregate boats had sunk into the river bed and made two high points in the surface where it goes shallow for other boats.. Derwent6 made its own sink hole with a little extra power from the Beta 50.. 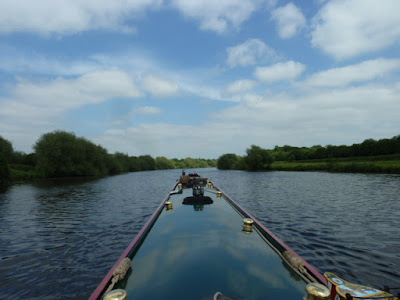 This is a warning that we do need some Trent River charts, because things do get worse on the tidal section and its not safe to just stay in the middle of the river.
We then found a nice mooring on the back of one of the pontoons at Gunthorpe, but it soon got busy here. 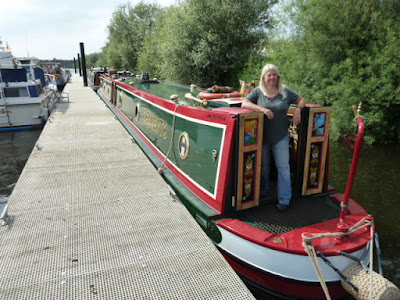 It got nice and warm late in the afternoon and evening, so we chilled in the sun with some lovely Mexican food.
Posted by Del and Al at 7:39 PM

Hi guys! Said hello on your previous post... So lovely to see you and such a coincidence. Hope to share a lock with you on our own boat some time in the near future (fingers crossed!) Ness x