We were up at 5.00am very excited after not much sleep. The sun was just coming up with the mist on the water, beautiful!!! 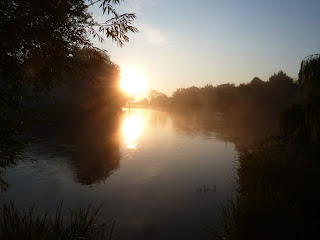 We had arranged a taxi to pick us up at Sonning bridge at 6.30pm and we got the 7.00am train into London. When we arrived at Stratford it was so well organised, the tube trains had been busy, but one was running every 30 seconds, very slick we thought.... We were ushered along by the volunteers who just made it so much fun, you felt very proud to be British. Security was very tight, just like going through an airport with scanners and screens all over the place but it was still made to be fun and everyone was good humoured..
When we got inside the Olympic Park..Wow! it blew you away, it was massive.. 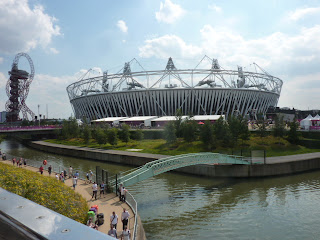 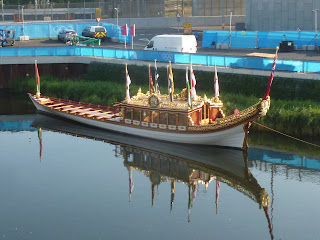 It took us half a hour to walk from one side to the other. We stopped at the BBC centre and got a wave from Chris Evans doing his live breakfast show. 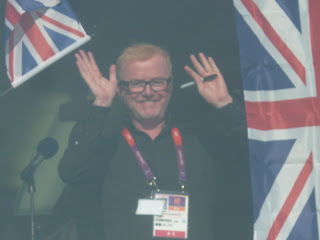 We then went on to the Riverbank arena and got our seats for the Hockey. We had great seats which were right behind the goal, not bad for £35.00 quid. 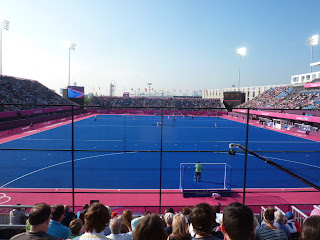 The bonus was we got to see two games, the first being New Zealand and Argentina, you know who we were cheering for, and then Pakistan and Korea. 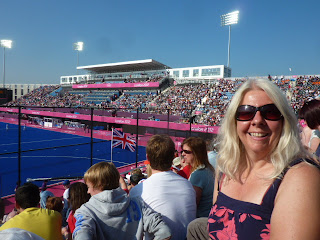 Both were really good games with the semi finals being played later in the evening. We then walked down to Park Live where they have a big screen with all the days events going on. 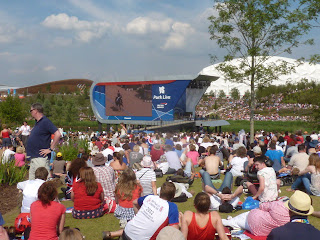 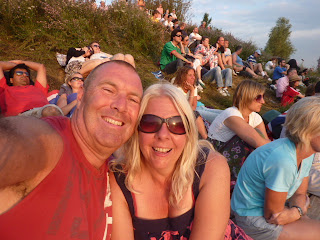 They were interviewing gold medal cyclist Sir Chris Hoy and on his way out Al got to shake his hand as we both said our well done's. 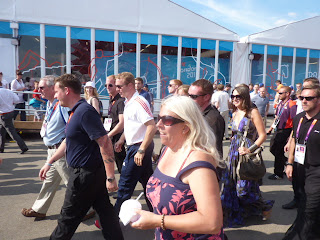 After something to eat and drink at McDonalds (it was the cheapest place to eat!) we looked round the Velodrome, Basketball centre and BMX track before going on to the Aquatic centre and the main athletics stadium. 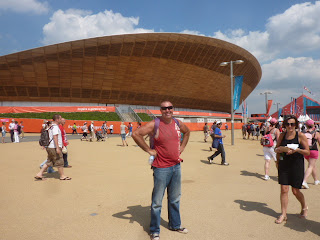 We couldn't go in for some photos as the decathlon was on. We went back to Park Live to watch the evening athletics where we saw a world record broken in the 1500 metres and of course Usain Bolt win his second gold in the 200 metres, a legend we're sure.. 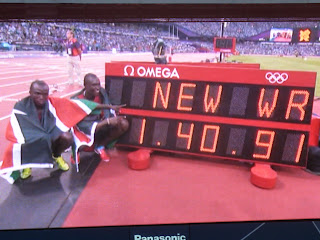 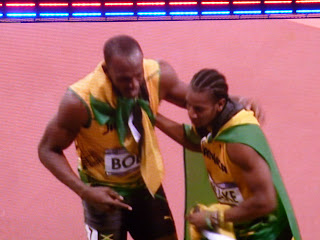 We thought we would start to make a move then before the rush out from the stadium, but not before seeing Gary Lineker and Matt Baker and a few others on the way out. 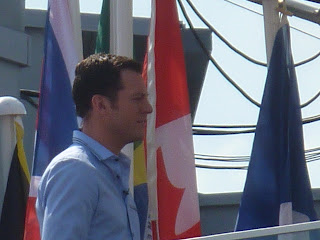 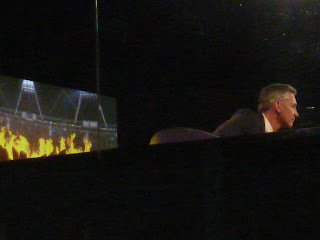 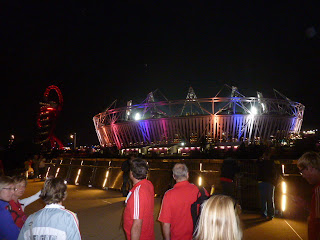 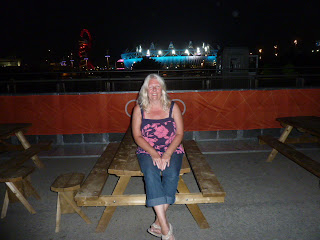 Again it was so organised and as we made our way to the station all the police and volunteers were having fun with us singing and dancing as we left... terrific!! 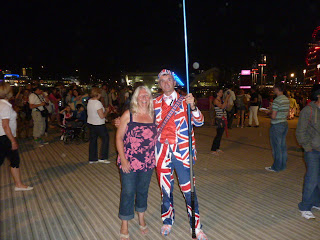 There were no queues at the station and at one point in the park there must have been at least 250,000 people. Trains flowed one after the other and we got back to Paddington with ease. We got our cab back to Derwent6 at 12.30am, tired, happy, and very very proud. What a fantastic day!!
Posted by Del and Al at 1:06 PM

So glad you enjoyed it.Result you did not have to watch GB play hockey!!!!!!!!!Terry xxxxxxxxxxxxx

You lucky, lucky pair. Love the photographs. Those memories will be with you forever and to have had that chance is fantastic. So pleased you finally made it there and enjoyed it so much.
We have watched everyday on the TV and have been so impressed by it all.
xxxxxxx