We were up early at Beale as we wanted to get a mooring at Pangbourne. 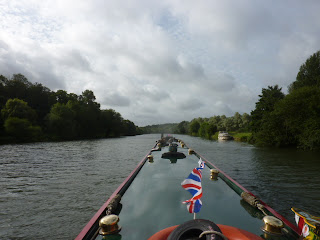 We left at 8.30am and were waiting at the lock just as the lockeeper turned up. 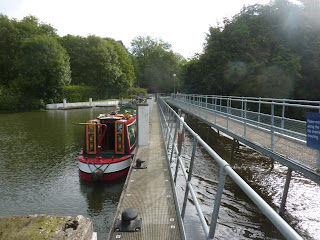 There were still not many moorings but we managed to squeeze in between two trees. It was then all action stations as we shut down Derwent6 and headed for the train station. We were down in Kent by 1.00pm and collected by Terry (Del's step mum) and taken to Cliff and Lou's for nephew Jack's birthday. He was really proud in his new Arsenal kit (Del's favourite team). 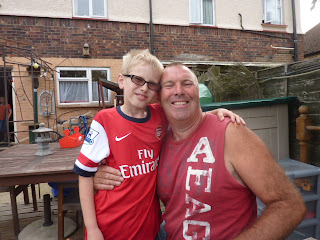 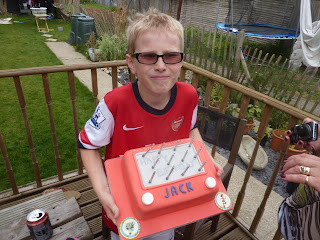 Cliff and Lou had done a lovely spread of food and we had Jack's etch-a-sketch birthday cake and we sat in the garden soaking up the sunshine. Cliff (Del's brother) then got out Abbot and Heidi and we got a complete lesson on Owl's. 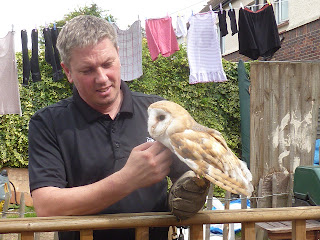 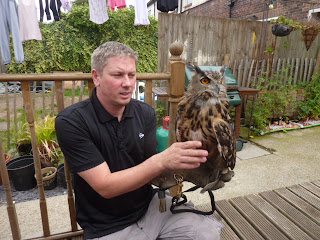 We were then picked up by Hannah who had just picked up her A level grades. Well it was time for another celebration as she had achieved 5 A* distinctions! Well done Hannah!! She took us up the the Five Pointed Star in West Malling and we had more drinks into the late evening there with all of her family and friends. 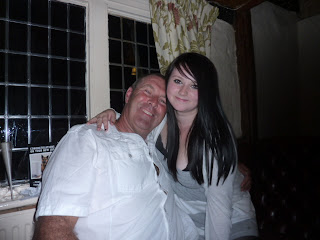 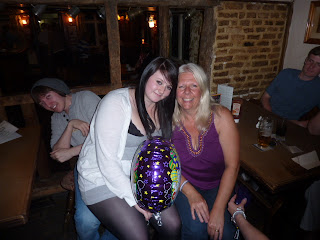 Zak was also celebrating starting a new job on Monday. 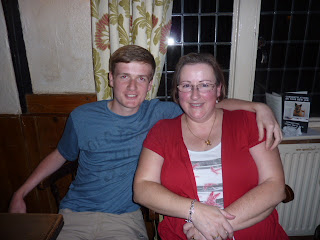 We went back to Bernie and Sarah's to stay the night while Hannah went on to Maidstone where the celebrations continued with all her class mates and some of the teachers... We got to bed at 1.00pm....
Posted by Del and Al at 6:35 AM