Sunday we spent the day feeling proud to be British and felt even prouder after the closing ceremony for the London 2012 Olympics. It has been two weeks of shouting in front of the telly. The hero's for us have been the Games makers who have just done the perfect job of making these games the Best of British. On Monday it was time to move so we got up early and left with smoke on the water. We made our way back to Sonning and through the lock on our way back to Reading. 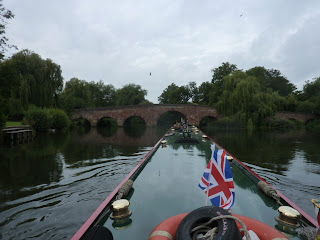 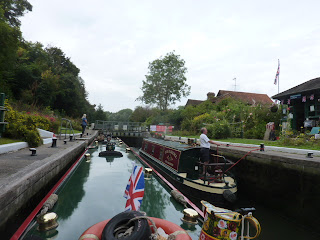 We still couldn't pass Tesco's without popping in to pick up a few things, it's just too easy.... 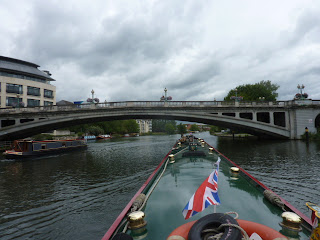 The only drama we had was when we were attacked by a flock of geese taking off and one of them decided to poop on Al while Del managed to get a photo. 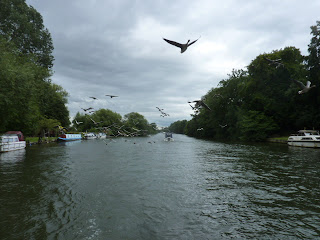 We then carried on to Pangbourne and then onto Beale Park where we decided to moor up, but we were being watched by these two beady birds blending into the woodwork.. 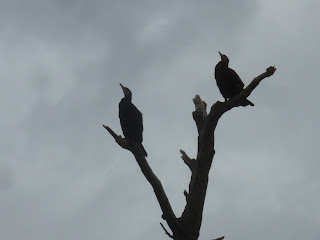 Just as well because as we did it poured down giving Derwent6 a well earned wash. 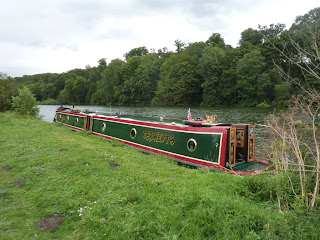