A Wedding Day with Extra Crew

Al was up at 8.00am and it was telly on, to see the guests arrive on the big Royal Wedding day. Derwent6 had all our flags flying (well all two of them) and we sat and watched a fabulous wedding. Traditional, Patriotic, and very British. It's great to have some good news travelling round the worlds media. 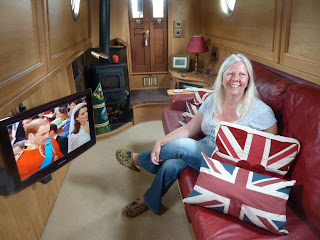 Just after the big kiss on the balcony, some new crew members arrived. Bernie and Sarah had come up from Kent while the roads were a bit quieter.


Once they had settled in we pulled the pins and set off a couple of miles up the K & A to Woolhampton where there was a nice pub called The Row Barge Inn, with people basking in the sun with a pint in their hands. 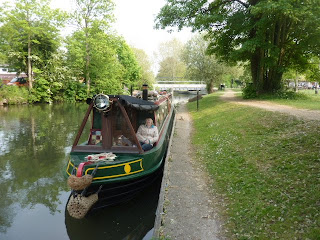 We managed to get a mooring at the top of the lock and then walked back to the pub. 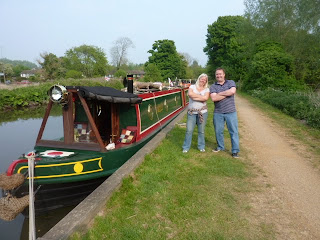 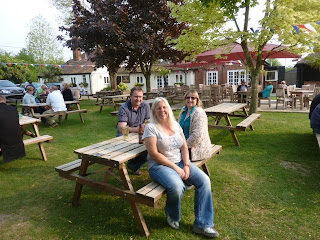 
We know we should have gone to The Falmouth Arms in the village where they had music on, but instead Al cooked dinner on Derwent6 where the beers were free.
Posted by Del and Al at 8:05 AM