Damage Limitations on the K & A

We left our mooring in Reading a bit sharpish as they were tarmacking the path alongside Derwent6, so we said goodbye to the workmen and got into King's lock just 200 metres away. We then pulled into Better Boating marina for diesel. He is normally the cheapest around here at 99p a litre, although not cheap by our standards. 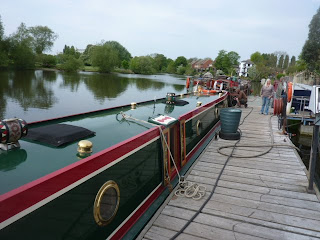 We then stopped at Tesco's which is right on the Thames. We filled up all the cupboards with food and drink and Derwent6 was getting rather heavy. 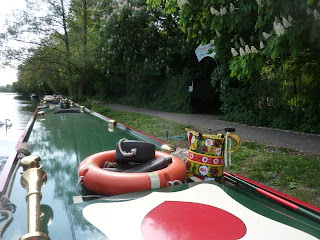 It was then a right turn up to Blake's lock which is the only manned lock not on the Thames, but it was self service by the time we came through. 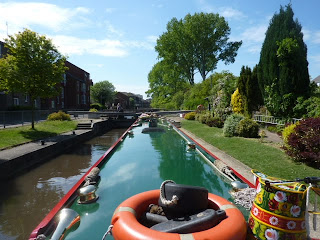 We then passed right through the centre of Reading and you had to press a tricky button to operate a traffic light before proceeding. 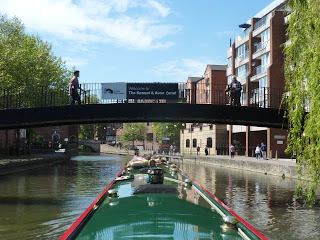 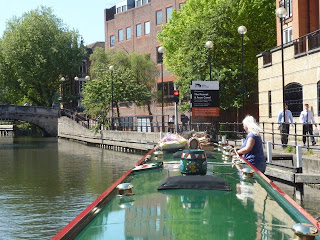 It was funny seeing everyone having their lunch and watching us as we passed by the Oracle shopping centre, where we had been shopping only yesterday. 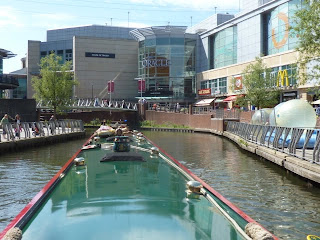 It was then out into the country and you soon find out that you are still on a fast flowing river. 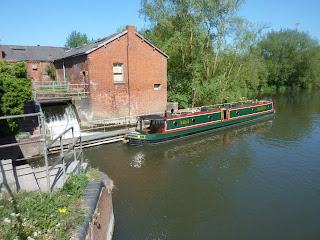 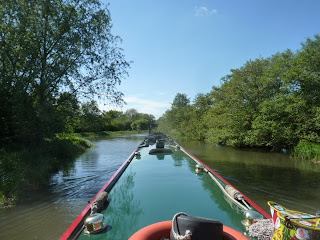 The lock landings are very difficult and the locks are tricky, fierce, and also all different shapes and sizes. Not a place to bring you luxury yacht 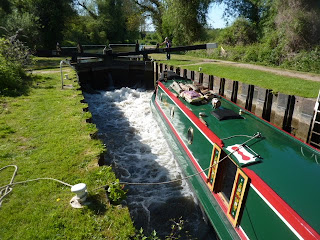 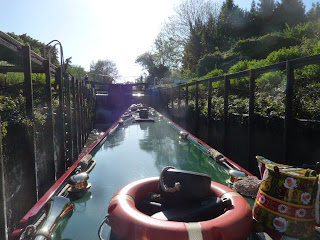 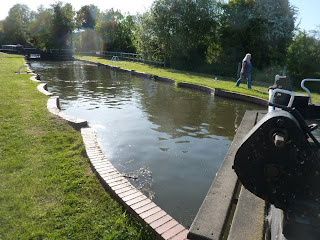 Derwent6 did get a few scars but it was damage limitation, as we made our way to Theale. 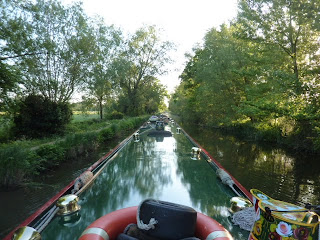 We had the unfortunate problem that we were following a widebeam, so it meant we had to stop and fill every lock we came to as we couldn't share. This was the case till they had stopped at Theale swingbridge. It wouldn't open fully and they couldn't get through. Del went up to the bridge to assist in getting it open and with a bit of pushing it opened a bit more. The widebeam had a go at getting through and ended up putting a deep scratch all down the side. They were lucky not to take the windows out, and would have if Del hadn't been pushing the boat away from the bridge. 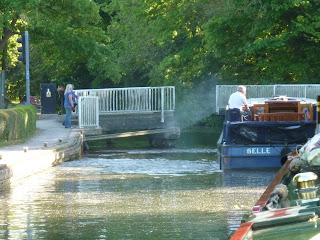 Derwent6 fitted through with ease and we moored up the other side and phoned BW about the problem as we had difficulty closing the bridge again to let the traffic across.
We carried on through one more lock and a swingbridge as it was now 7.30pm. We found a mooring just before Tyle Mill lock and we quickly set up the telly for the football. 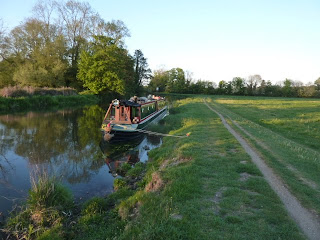 Ahhhhh sat down just in time for the kick off, thirsty hungry and worn out. We soon sorted that out!!!!!!
Posted by Del and Al at 8:59 PM

Sounds like an eventful day with the swing bridge. I don't suppose the widebeam thought of ringing BW to report the problem as well?
Glad you did not get any damage.
Happy cruising.

Hi Jo, yeah the guys on the widebeam reported it as well, and we were informed that BW were on the case but it might not re-open until Tuesday 3rd May! We're really enjoying the K&A and this lovely weather. Have fun in the sunshine and take care x