We were up early, but the rest of the crew were not, so we walked into Woolhampton and picked up some bread and a paper at the local village store. The guy who owns this shop is a really nice guy who made us visitors feel really welcome. When we got back to Derwent6 the rest of the crew were ready to go, so we set off in the bright sunshine. We followed a hire boat on a 30th Birthday trip, and they were having difficulty with the boat and the locks, but we soon sorted them out. 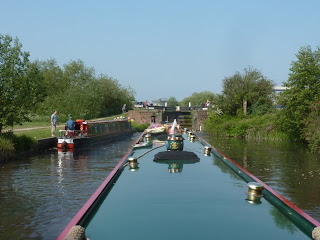 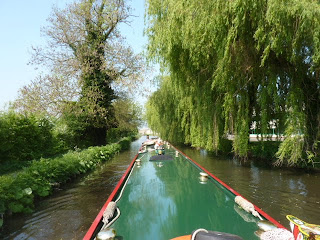 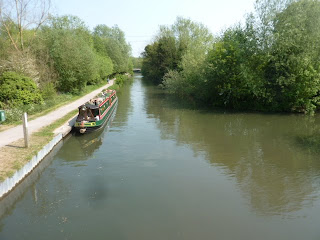 We got to Thatcham, and managed to get on one of the moorings here for some breakfast. 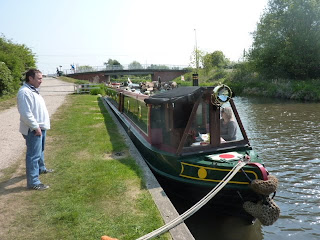 We were then off again and passed through Newbury town centre with some very pretty locks every mile. 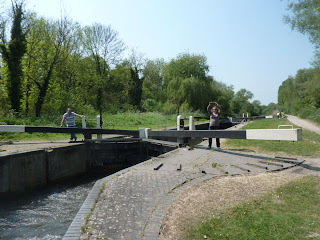 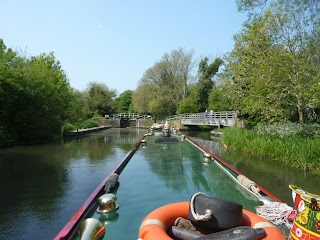 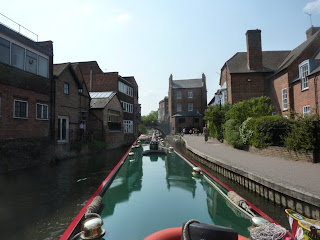 We were surrounded by people watching and asking questions about Derwent6, with one guy even telling us we should have a remote control duck on the roof which goes quake quake!!!! Hmmm.

The funny thing was that Sarah was so relaxed in the sunshine, she slept all the way and never saw Newbury or all the people. 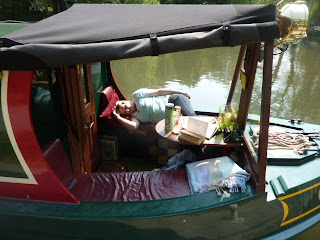 Once through the town, we needed to moor up, but no moorings appeared, so it ended up being a dive into the river bank, just to get the bow in. We were sticking out a bit, but we were hungry, so out came the BBQ. 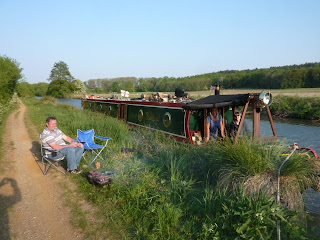 After a few beers and wine, we didn't care anyway.
Posted by Del and Al at 7:54 PM