We woke to blue skies this morning so we decided to leave early and head south. The weather didn't look good for the afternoon so we pressed on all the way to Crick. 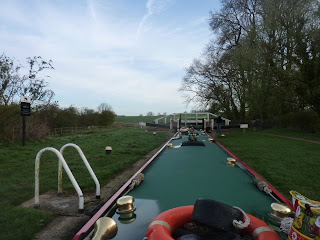 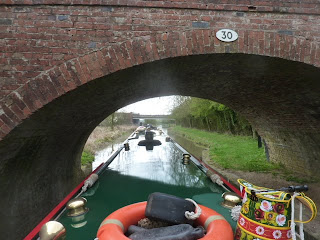 Al got all the washing done and also made some rock cakes. It gave us a good chance to try out the new propeller and we were very impressed. 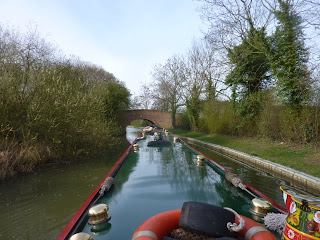 There was definitely more power as we were cruising at 200 rpm less and the tiller was more responsive. We were able to slow down enough for passing moored boats and it was easy getting into the lock at Welford. As we had more power, the stopping is far better and now stops in about a eighth of the length of Derwent6. But the best thing for us was we only knocked Derwent6 out of gear twice for leaves the whole journey where before we would have been doing it every couple of mile. 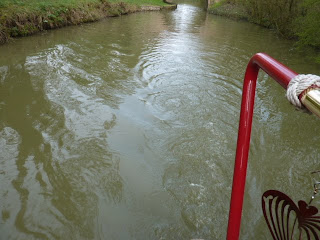 We even seem to have less wake now then before, so the first signs are all good. 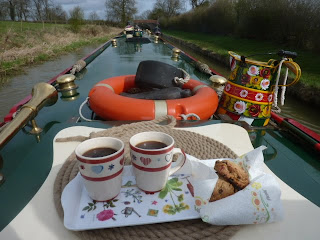 Al came out with coffee and a fresh rock cake and Del was even able to steer with a cup of coffee in the hand holding the tiller, so no tiller wobble. 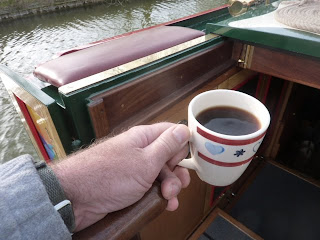 We turned into Crick marina for a pumpout which was a bit tricky in the wind but we managed to get on to the landing. 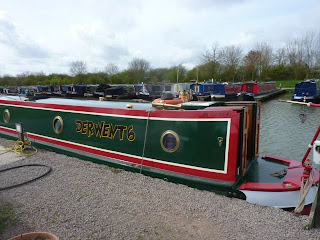 We then met up with the owners (sorry we've forgotten your names!) of another new Fernwood boat n.b Adagio and they showed us round their fantastic boat. Fernwood have done it again and made another couple very happy....... 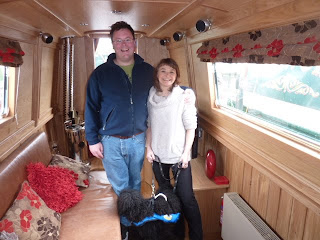 We said our goodbyes and then moved on to the water point at Edward's, now The Moorings, and it was packed with meals for mothers, on Mothers Day. Al took the opportunity to post a letter and get some fire lighters as we were running low. 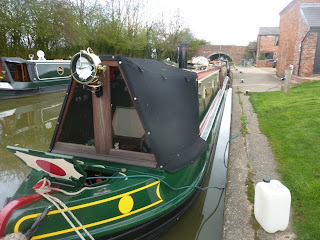 We then set off through the very wet Crick tunnel which has a habit of dropping a white deposit all over the roof and is hard to get off. 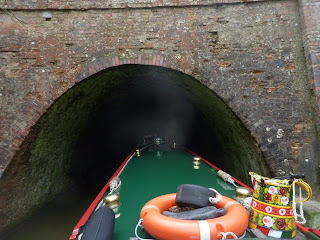 Our trick is to quickly leather the roof while the roof is still wet while going along. We then could see some black clouds approaching so moored up and as it turned out it was in front of n.b Moore2life. We walked up to see Ann and Chas for a chat and the heavens opened. We then had dinner and watched some telly in the evening. Del has a bad cough and wasn't feeling too good so it will be an early night tonight.
Posted by Del and Al at 7:49 PM

Hi Del and Al,
Glad to here the prop is working well. Reading your comments I think we would like one for AmyJo when the time comes as she will be the same size as Derwent6.

Would you be good enough to text me the size and pitch if you know them please or should I talk to Axiom first? I'd like to ask Ken and Julia to include it in our build.

Still love reading your blog as it helps us to think that will be us next year.

methinks you cooked the rock cakes a day late :(

Hi Steve & Chris, no worries, will send you a txt or email. It won't be long until you're on the cut. All that planning makes the time fly and it will be here sooner than you think!

Z looool, next time I'll get more organised (ie won't lay in bed so long)and make some goodies when you next come up x