To London to visit the Queen

We were up early as we had the 9.00am train to catch to London... We arrived in London at 10.20am and got the tube to Victoria where we met up with Bernie and Sarah. The reason was we are all big Queen (the Rock band) fans. 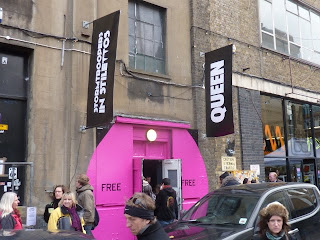 There was a 40th anniversary exhibition in east London covering Queens early years, from how they started and their first five albums, going right up to the 1976 open air free concert in Hyde Park.........which Del had been to. 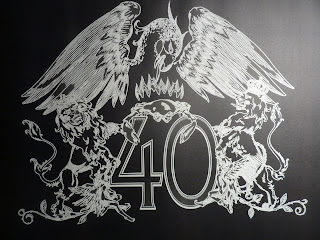 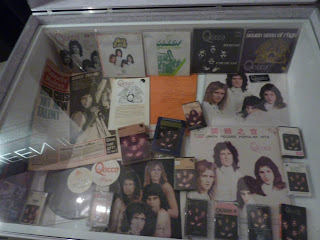 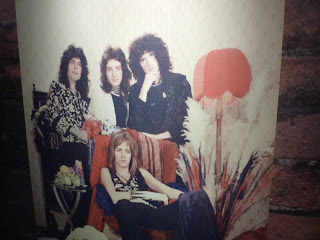 We were all shocked on how great this exhibition was and we looked at some old footage and listened to demos and old sessions they had done. 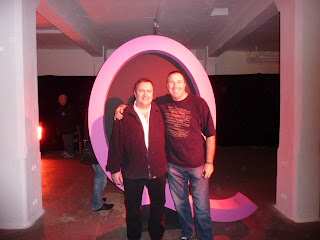 I bet not a lot of people know that Queen could have been called BUILD YOUR OWN BOAT or even THE MEN WHO BUILD BOATS. Now we know why we live on a narrowboat lol... 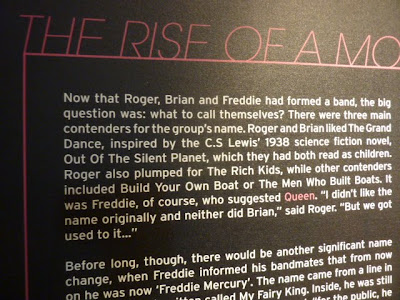 It was Freddie who came up with the name QUEEN. If you're a Queen fan this exhibition is a must.........it's on until the 12th March, and it's free entry.
We then got back on the tube and went to Trafalgar Square and had some lunch. After a coffee in the afternoon we departed at Victoria. 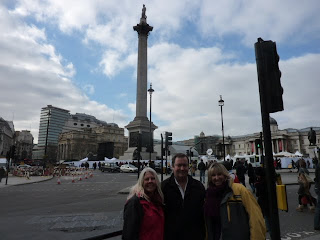 We got back to Derwent6 at around 8.00pm having to get back on a very crowded train. We chilled out with some telly in the evening where Al caught up with Dancing on ice and Del Match of the Day........Phew!!!!!!!
Posted by Del and Al at 7:56 AM

That looks like a great exhibition ....we once sat next to Roger Taylor(well our cars sat next to each other) for three hours on the M3 near Newbury when a lorry had overturned ...at one point he sported a paper pirate hat while he played with his kids ...it made us laugh....I had to knock on his window at one point as his car well it was a big 4 x4 was leaking water onto the road ....its one of my claim to fames !!!....