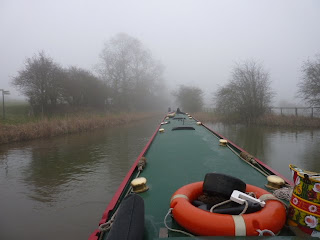 We set of early as we had to be at Welford Wharf for 8.30am because Derwent6 was going in for blacking today. 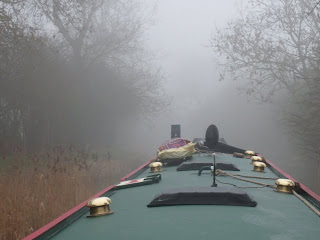 The mist was a bit thick but we got through Welford lock and managed to reverse up onto the water point, fill with water and wait for the nod to go into the dry dock. 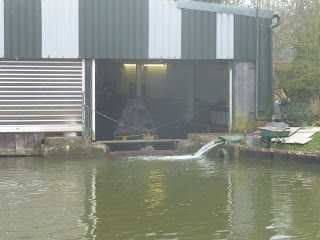 We reversed in and then the water was drained out of the dock which took a hour and a half. While this was taking place we got changed into our old clothes and got out the scrapers and wire brushes ready for action. 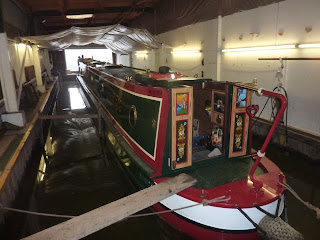 When we were down to about a foot of water the power washer was already knocking off the scum on the hull. It is best to do this while it is wet as it comes off easier. 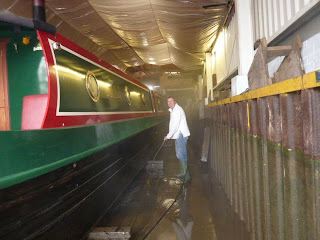 While we were doing this Jo and Keith on n.b Hadar (see link) nearly joined us in the dock as their seventy foot coal boat just manages to turn here. We arranged to meet later! 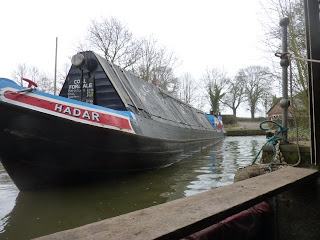 Then it was out with the scrapers and wire brushes to get rid of the barnacle like bits which had attached to the hull. This was the hardest bit because as the hull dried it was really hard to get off. 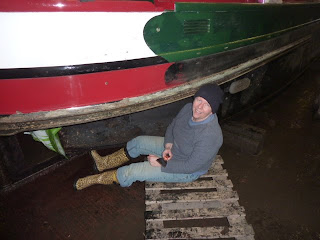 We only managed to get one side done before it got dark but the prep was going well. As we were on shoreline we also managed to get all our washing up to date and even washed the duvet cover.
We then had a shower before we headed off over to the Wharf Inn pub (a handy 100 metres away) for a long catch up with Jo and Keith on what had gone on over the past year. It was good to see Keith looking so well again....... 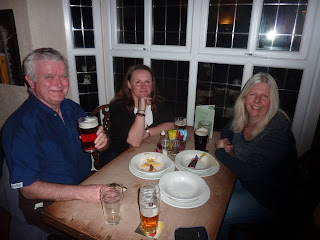 They were waiting to lock up by the time we had finished.
We are still able to live on Derwent6 as they have given us a key to gain access to the workshop. So it was straight to bed for a early start in the morning.....
Posted by Del and Al at 10:28 AM