We left sharp at 8.00am today and the wind had dropped slightly and the sun was out. We made our way to the Watford flight which has no lock keeper at this time of year. 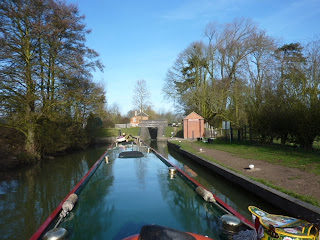 Al checked the way was clear before we headed up the staircase. Del has still not managed to turn Derwent6 into lock three without hitting the wall here, and a few items were dislodged inside Derwent6, but no damaged done. 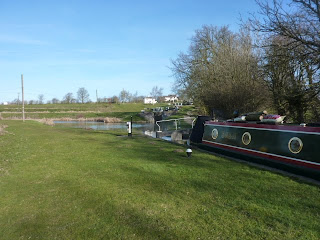 We've tried it slow, and we've tried it fast, but we haven't tried stopping yet! We will manage it one day, perhaps one of those bow thrusters would have been handy here lol. (Did we really say that!)

We cruised passed one of our favourite spots and soon got to the very wet Crick tunnel. 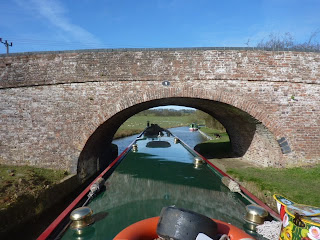 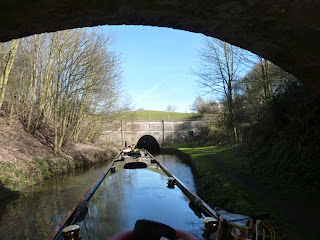 We then reached Crick where we were surprised to see Edwards restaurant had been changed to The Moorings bar and restaurant. 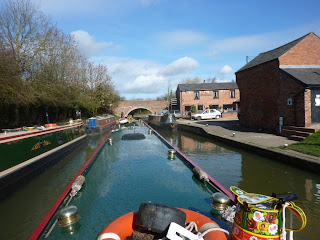 We stopped and Al got some provisions from the Co-Op while Del wiped down the roof to stop all those white bits you get after going through a tunnel.
Just as we pushed off Jo and Keith on n.b. Hadar came round the corner on their coal run. 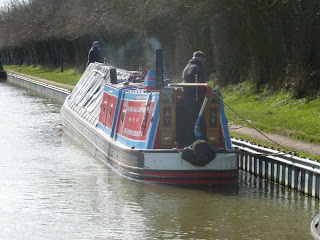 We knew we would be seeing them later in the week so we quickly arranged a meet and went on our way. We still had a four hour cruise ahead and the weather was getting windy and cloudy and it was also feeling a lot colder again. It just seemed as though we had this section of canal all to ourselves, it was lovely. We were quite sad to see five sheep had fallen into the canal and we had to maneuver Derwent6 through them. :-( 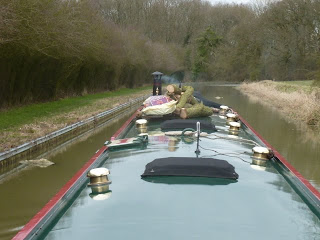 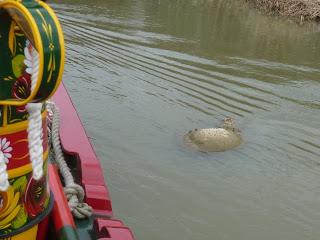 We were getting quite weary by the time we moored at Welford and it was nice to get in by the warmth of the log fire. 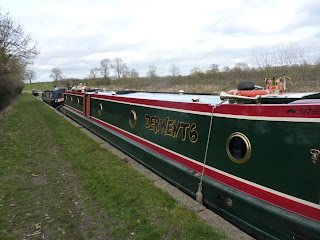 With glowing faces and exhausted from our six hour cruise, we chilled for the rest of the day with one of Al's Friday night Curry's.
Posted by Del and Al at 8:19 AM

Hi Al and Del. Was lovely to see you yesterday, we look forward to catching up with you properly on Tuesday.
It started off with 3 dead sheep then 4 and now there is a lamb. BW are aware of them, we have told the local BW guys, but still nothing has been done.
Hope all goes well with the blacking ;0)

Do you happen to know if the Buckby Flight opened on schedule? We are planning to leave Blisworth on Monday, heading north.
Pip x

Thanks Jo, see you tuesday x

Hi Pip, spoke to BW when we were there and they were planning to open 3pm last Friday. Bet you're looking forward to getting out cruising, have fun x