Del on the other hand

So we have stayed put and it has been quite adventurous.. Al has been down to Kent visiting friends, seeing Sarah for her Birthday and also Lisa who had a birthday in December. Al stayed over night with Sarah as it was a surprise visit, and then was kindly driven over to Lisa's by David.. She had a fantastic time with both and it was so lovely to catch up and see them.
Del on the other hand had a bit of a drama. He was preparing to turn Derwent6 round, and on taking the chimney off slipped on the gunwale and was left dangling by his arms from the roof rail. His went in up to his knees and his feet got soaked as he struggled back to the stern deck. The problem was his arm again, which was on the mend, but when it was straightened hanging from the roof a loud click was heard and he was back in pain.. He felt sick as he tried to change his clothes.. After 15 minutes he set off and turned, but didn't feel that good. It took him ages but he managed to do it with his other arm.. So again no polishing for him!
On the Wednesday when Al was back we both went into Birmingham to see what was going on with the January sales. Al managed to buy a few tops and we got a few bargains.. Del, on the other hand, went out to get some more walking boots in the sales, and while in Birmingham (with his dodgy arm) turned his ankle over on a low kerb hurting his arm even more, and ended up laying on the wet paving slabs. He got up worse for wear because his ankle had swollen up.. So when he tried to get on his boots he wanted to try, he was in so much pain we had to give up.
We then went to Ask for something to eat and to recover from our morning.. Del ended up having to get a cab back to the boat as more walking was out of the question..
The following day was going to be a take it easy day.. Del's arm was still swollen, but it wasn't stopping him doing things.. So we were minding our own business when there was an almighty BANG! and when we looked out the bow we had a boat on our button.. They had just gone straight into us.. Del was limping out with his dodgy ankle and arm fuming and noticed we had been hit so hard it had snapped the chain on the bow and we were drifting across the canal.. 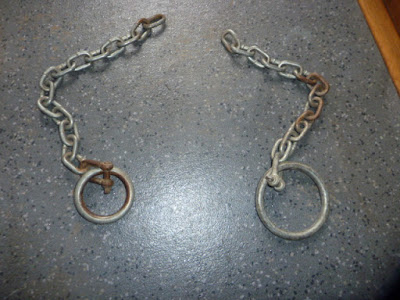 The ropes were all frozen and it was difficult to pull Derwent6 back to the bank. The woman on the tiller of the other boat said "I couldn't see where I was going with the sun",  " Well bloody well stop then " Del replied.. When we saw the boat it was "ENDEAVOUR" the time share boat and the husband and wife had had a row with each other over who was going to steer.. Del had to keep his mouth shut otherwise he was going to lose it.. They supplied us with another rusty old chain to secure us back up and then it was inspect the damage time..
A few things had been knocked over, but Derwent6 had passed the test we think.. We won't know until we fill the water tank again if there is any damage there but in general things all looked ok..
Later in the day when things had calmed down, the couple came round with a bottle of wine and all their details in case we find anything in the future, and offered to pay for anything damaged.. They managed to get by us safely the following morning! 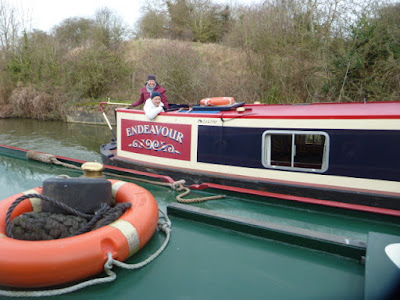 What's done is done! Del on the other hand, is not happy at the moment!!!!

Oh Dear. do hope Del and Derwent6 are OK?
As for solar. Have a were with onboard solar. They fitted our and they work a treat. i’m vurrently lookingg to fine a way to get the new controller to talk to our victron contrillwr display.

Oh Dear. do hope Del and Derwent6 are OK?
As for solar. Have a word with onboard solar. They fitted ours and they work a treat. i’m currently looking to find a way to get the new solar controller to talk to our victron controller display.

Oh dear, let's hope after three accidents it will be all 'plain sailing' from now on.
Take it easy Del, love to you bothe,
Keith & Ann xx

Hi there,
Hope the body is mending!
We have used Onboard Solar and found Tim very good.
This last year we had an extra solar panel (large) fitted by Ed Shiers of Four Counties Marine - he is excellent too. ph 07922163072, email ed@fc-marine.co.uk

Thanks everyone for your well wishes and recommendations for the solar.....