Curly ropes and we're off (with the cat)

In the morning we looked out the porthole to be greeted by a heavy frost, but at least we had a cat..
Del then sorted out Derwent6 again and then noticed the ice was forming on the canal. We had no choice and had to go today so we pushed off, it was bitter! 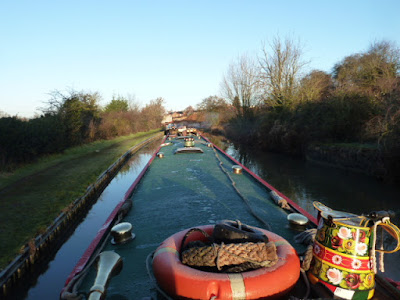 We went under the new bridge, which now had some new ends on it, and luckily we passed another boat. 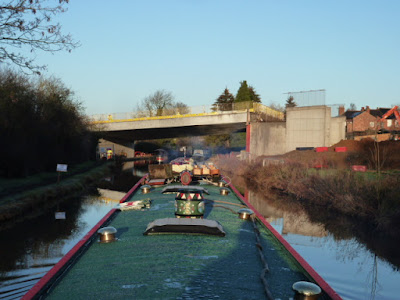 This cleared the way of the ice forming which was only a very thin layer, so thin even the ducks were breaking it up.. 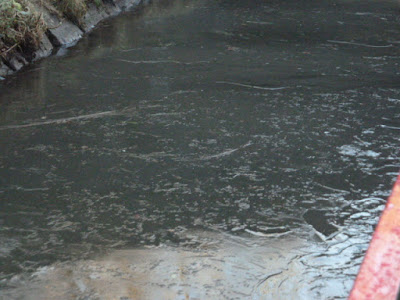 We reached Brownsover at Rugby and pulled over on the water point to get rid of our rubbish and top up the tank before everything freezes. You can see Al holding the frozen rope. 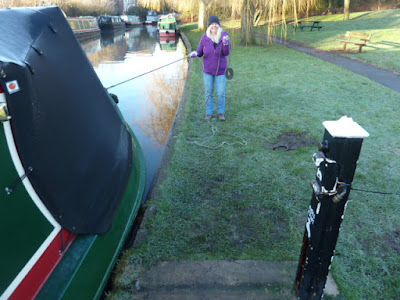 Al then took the short walk down to the shops and got some food shopping.
With the tank full and rubbish done we set off hitting more ice on the way. We made our way to Newbold and the sun was burning some of the ice but Derwent6 was still having to cut a hole through it.. 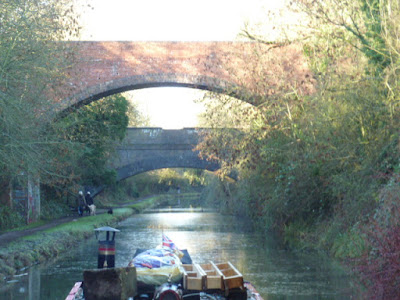 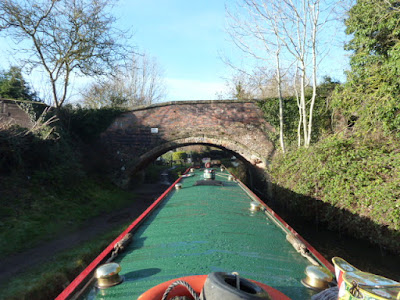 We got to Newbold tunnel and it was getting worse the other side. 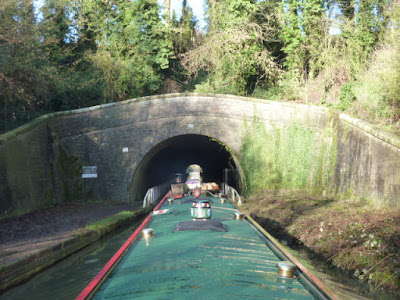 Past the boatyard where we saw Terry on n.b Aqualady who was blacking his boat. 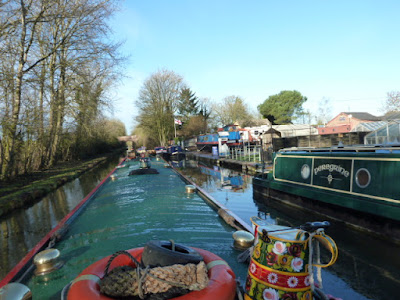 We then turned into Brinklow marina because we were meeting Hannah at some point in the afternoon.. 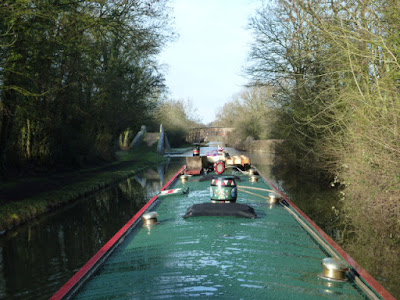 We managed to turn and reverse onto our given pontoon. As we sorted ourselves out you could tell it was going to sleet as was forecast.. It is nice to be back on shoreline as these batteries just aren't what they used to be and we have only had them a couple of years..
Hannah arrived at 5.00pm and she settled in with us. In the evening we decided to grab a bite to eat on Derwent6 and then went to see a band in the Merchants Inn pub in town.. We all had a great night and it is so good to see her!! 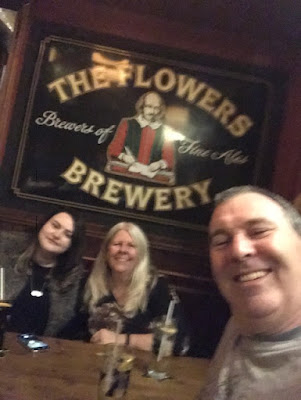 It was bloody freezing, so I bet we are iced in in the morning!
Posted by Del and Al at 12:52 PM