So we hired a car, took Tooty cat to the cattery, and set off down to Kent..  We did some shopping in Bluewater shopping centre and then made our way down to Terry and Ron's where a nice liver and bacon dinner was waiting. They had kindly put us up for a couple of days as we were going to a family surprise 60th Birthday party. We arrived at 7.30pm and had a few drinks before Cousin Mark arrived.. He was so shocked to see us all there. 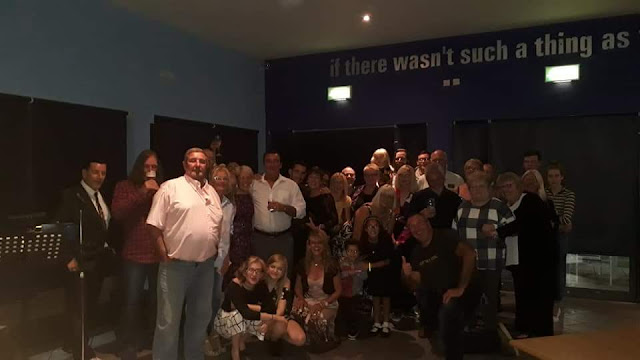 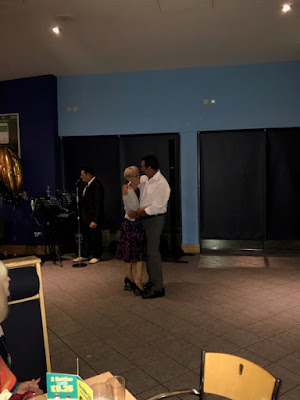 Del and Mark used to play when they were kids round his nan's in Sutton at Hone. We had a fantastic night which was polished off by cousin Robert turning up at last orders. 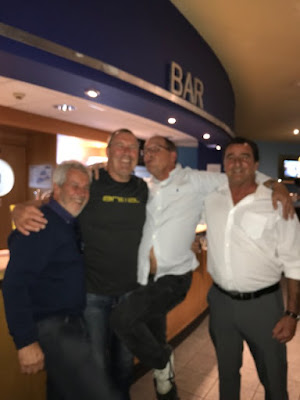 On the Saturday we made good use of the car and got a few bits we needed for Derwent6 and in the afternoon Al went to the cinema with Hannah to see A Star is Born. Del spent some time watching the football and had a few beers with his mate Bernie before Al returned to watch Strictly. We returned back to Terry and Ron's before crashing out..
Sunday we watched the grand Prix and then got together with Bernie and Sarah, Ron and Terry and Steve and Erica.. 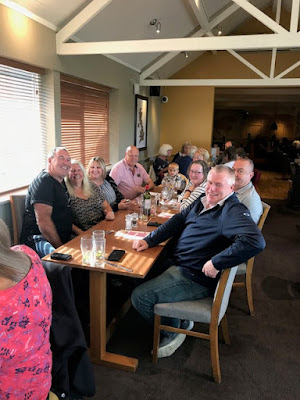 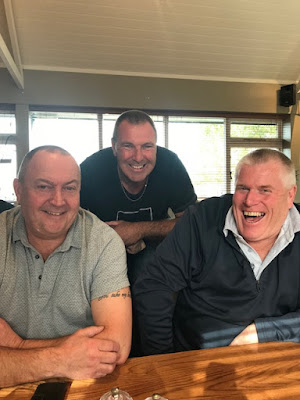 We had a lovely Sunday lunch at the Thomas Wyatt before we headed back on the M1 and back to Derwent6. We drove back in a lovely sunset. 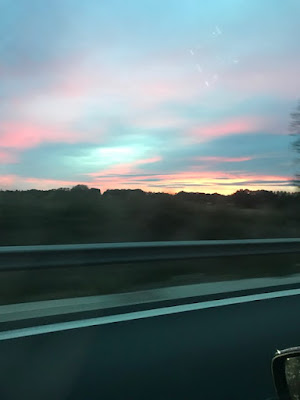 After an early night we had some things to sort out on Derwent6. After collecting Tooty, we sorted out a gas bottle and water, did a bucket load of washing, including bedsheets and towels, and cleared out some rubbish. We then went out and got our food shopping while we still had the car and then paid up the marina fees. It was then back in the car and we returned it and got a lift back to Derwent6. We decided it was too late to go out that night so thought we would have one extra early night to charge things up ..
Posted by Del and Al at 1:48 PM

Great photo of the 3 amigos!

Thanks Paul, we should have been flying!