Cosgrove to the Soulbury Three

We stayed at Cosgrove a few day as Al went down to Kent. Del was having to rest that arm so no brass cleaning and polishing.. He did clean out the bilge and fitted a couple of new valves to the galley taps. 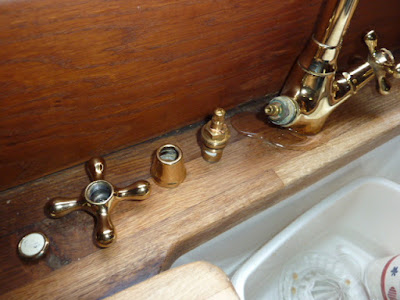 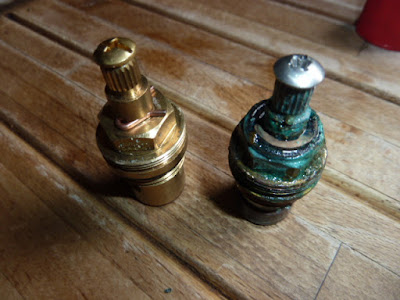 We were going to go on Sunday, but decided Sunday lunch was on the cards and also we wanted to see Lewis win the world championship for the fifth time..
So we set off on Monday at 8.00am with a heavy frost on the roof, autumn is really here. 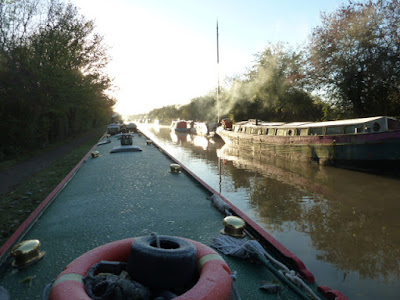 We went over the aqueduct. 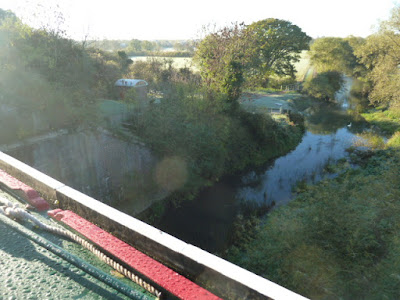 Del had spotted a spare pallet and we stopped off to pick it up at Wolverton before we carried on our way past the famous wall mural. 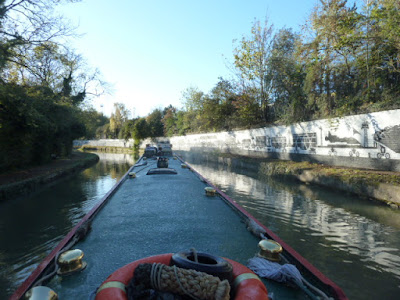 If you decide to leave early on the Grand union don't be annoyed that you might meet a widebeam as they are only trying to avoid you.. 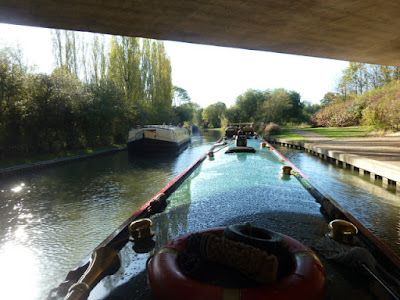 We do like this canal as it is so pretty and the towpaths are brilliant. 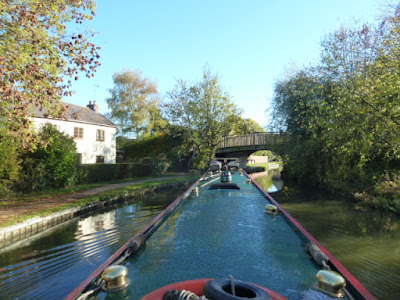 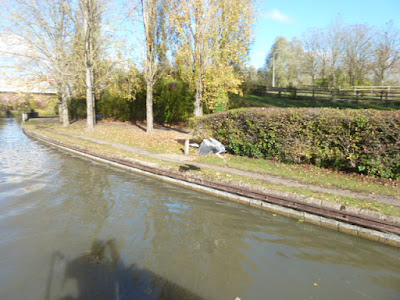 The canal round here has changed so quickly with all the development going on. 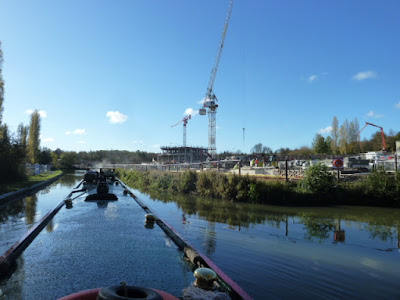 The new Campbell Wharf marina is really taking shape with its 111 berths, but its such a shame they are using the old Milton Keynes to Bedford canal entrance where it could have been used to start it all off. 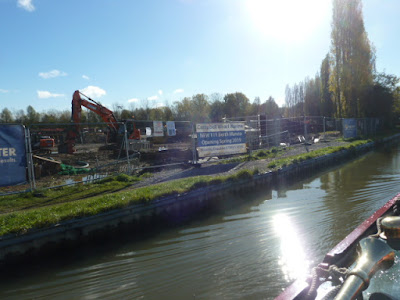 On a positive note it was good to see the amount of dredging going on.. 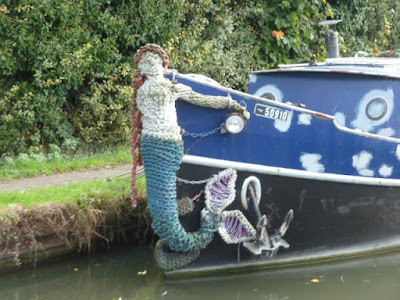 We then got Fenny Stratford lock and a boat came out as we turned up. 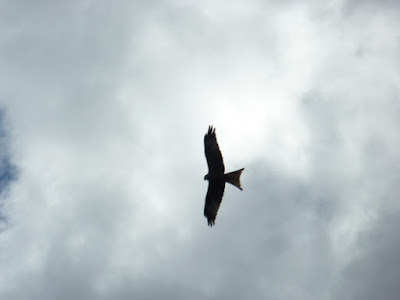 We waited for another boat to arrive and after 10 minutes a hire boat joined us. This lock is only a foot deep but every little helps. 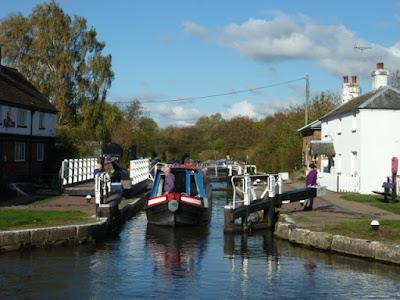 Why do you think this place is called Stoke House? It must use some coal.. 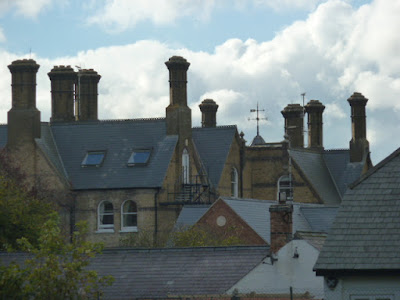 We waited again at Stoke Hammond lock and decided to push on towards the Soulbury three. 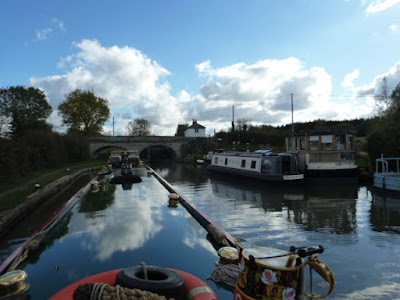 At the lock we decided to top up with water and the hire boat returned the complement by waiting for us in the lock to save water.. 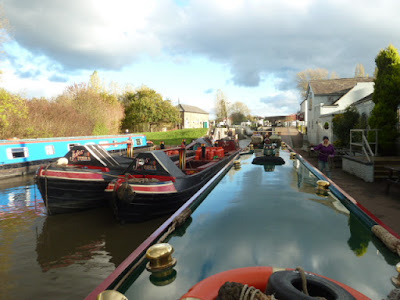 We got to the top and then moored up on one of our nice moorings just as the sun was setting.. It soon got dark as the clocks had gone back and Tooty was soon on the hunt.. 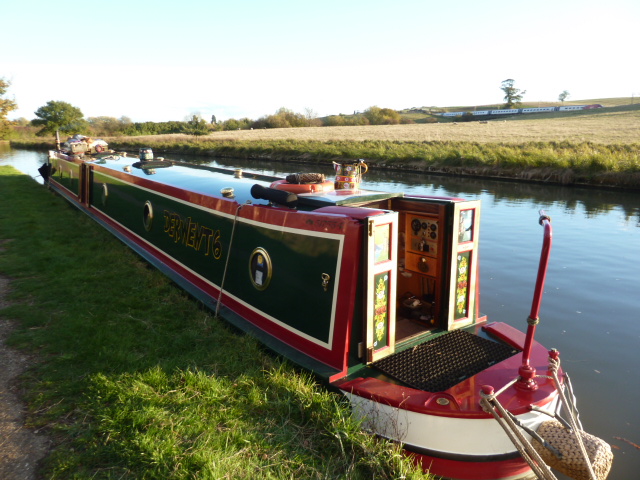 The new marina is helping the Bedford and Milton Keynes waterway. The first section of the waterway is being built, and the marina is off it.