You just realise why we're doing this!!

We had a bit of a lay in this morning as the morning mist was around us. You just realise why we're doing this on mornings like this. 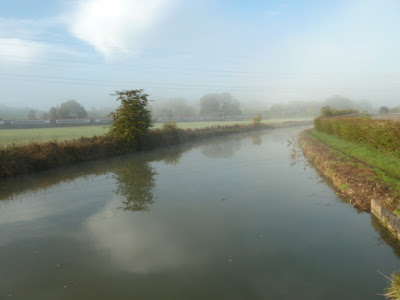 We lit the fire and waited for Derwent6 to warm up before surfacing. 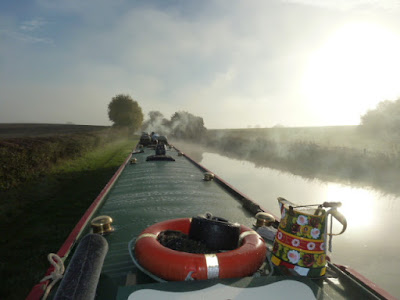 After wiping Derwent6 down and getting the washing on, Del made the decision to
have another go at his bodge he did just to stop the leak from the tank, as now he has a new pipe.. 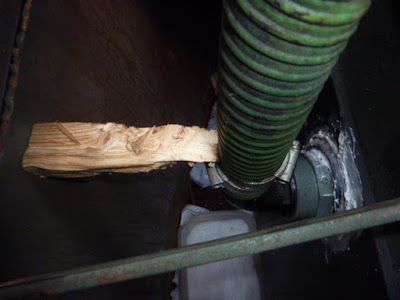 On first inspection it looked like it had dried alright, but when we water tested it we had a slight drip from that perished hose, but the tank seal was working ok.
So we had to do the pipe, and that disturbed the seal, so in the end it all had to come out again..
Del had some mastic which he used to refit the seal and that worked fine. 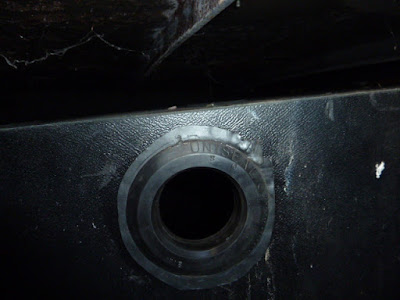 Then he fitted the new pipe to the hose joint and pushed this into the seal.. A small block was made to hold the seal and hose joint in place. 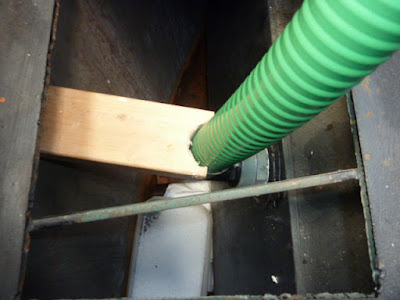 A hairdryer was used to soften the pipe so he could fit it to the connecting joint in the locker. We then poured some water down the pipe to check for leaks, and hey presto, things seemed ok..
Then all there was to do was a bit of drilling and tapping to refit the inspection plate in the right place, so not to put any stress on the pipe.. 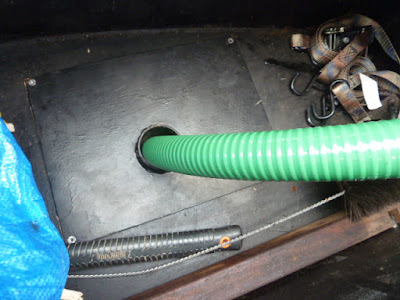 Al had helped out as plumbers mate, holding the vacuum cleaner, the hairdryer, and helping out on the testing, a Job well done!
The real test will be when we fill the tank to its full capacity, where the seal is under water for a quarter of a tank..
The mist disappeared and the sun came out and we both had a well earned beer. Its a great feeling when you make a wrong go right on a boat, especially when you could sink! 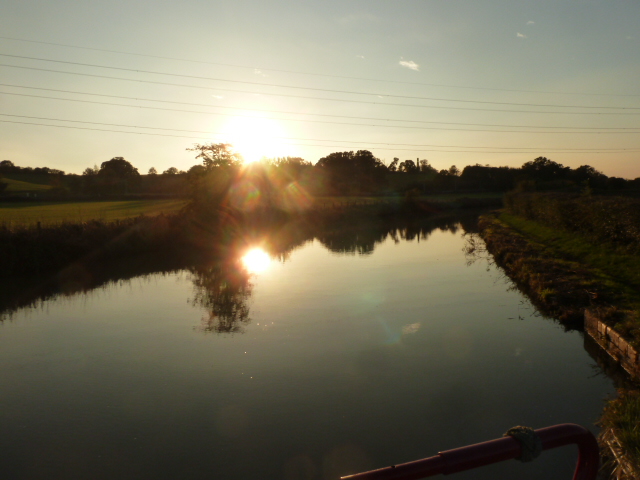