Over to the Poppy Music Festival in Ibstock

After a late night (2.00am to be exact) we got up for breakfast on a lovely sunny day.. 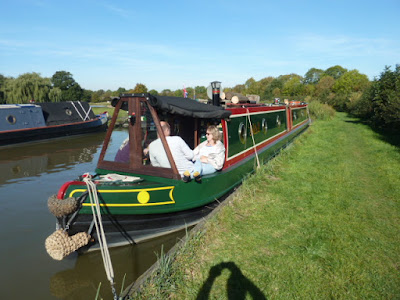 When we were hydrated we took a walk over to the Battlefield line where the steam train was running. 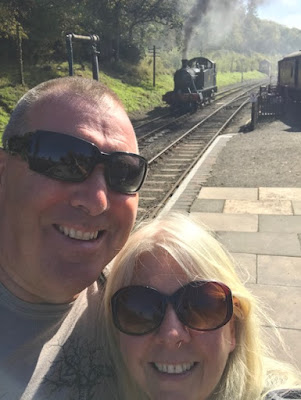 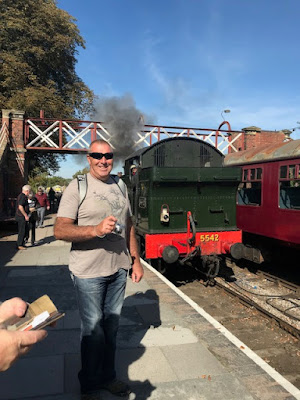 We paid the pound to go on the platform and see the little museum and old carriages and engines on display.

Early afternoon we walked to the Rising Sun pub and took on more refreshments before we called a cab and went to Ibstock.
In Ibstock it was the Poppy Fields festival. It was only 10 minutes in the car, and our friend (Shipmate) Mark was playing in his Queen tribute band "Forever Queen" 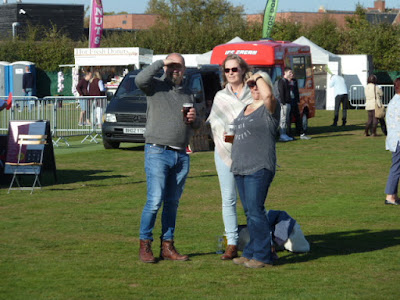 There were 10 bands playing all through the afternoon and evening, so on a warm day with a beer in your hand, it was rude not to go..
The whole show was done in aid of the British Legion, and it was a bit of a shame as it just didn't get very busy, but it was good for us.. 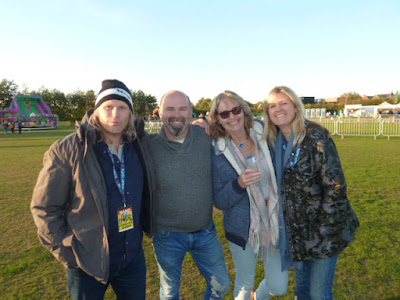 Mark did his thing later in the evening and it was fantastic rocking to Queen, keeping us warm. 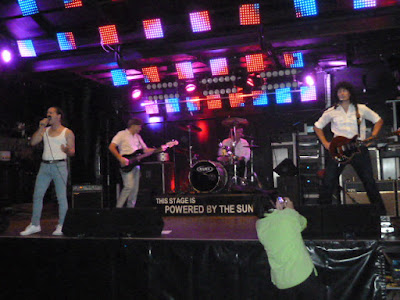 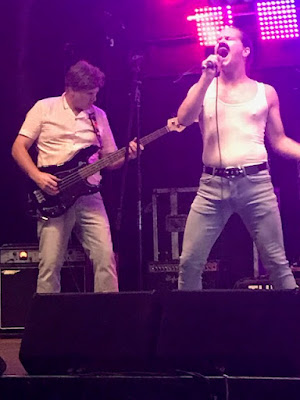 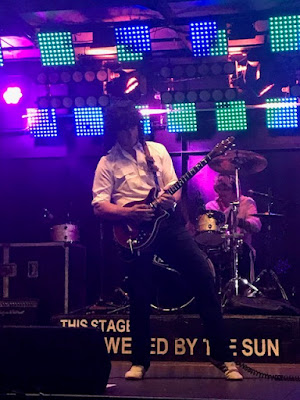 When we were all rocked out and our ears were bleeding, we got a cab back to Derwent6. We had some eats when we got in and didn't have too late a night.
Posted by Del and Al at 6:18 PM