Tunnel, lunch and a rethink!

We left very early in the morning and entered Braunston tunnel in darkness and exited in daylight and then crept up to Norton Junction which was very busy.. We ended up mooring close to the turning point and played the waiting game to see who moved to go through the locks when they opened at 9.00am..
While we waited we checked the water leak we had by the water pump and low and behold it was full of water again.. As we filled the fresh water tank up yesterday we felt it must be coming from there. We drained out the water again around the pump, but it seemed to be filling quickly.. With the rocking of the boat it seemed to be coming from the port side and then the starboard side, so we were scratching our heads again. It was definitely worse when the tank was full, but as we said before the bow is lower in the canal water so where was it coming from?
We had a light breakfast and then noticed a boat moving and going into the lock, our chance to get a space. Del then did a couple of jobs like fitting a new grate on the fire. 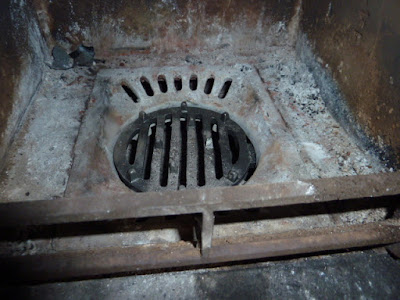 We had to get Al some more locking gloves as her old ones had too much wear, and just down the Buckby flight of locks there is a garden centre. We took a walk to find some and she got some nice ones which should protect her hands..
On the way back we stopped at the New Inn pub for lunch and scampi and a meat pie went down well with chips, washed down with a cool beer.. The weather was again very warm for the time of year so we ended up have a few beers and chatted about our plans and of course the leak. Del had an inkling that we just need to check the overflow pipes and filler pipes and remove the inspection hatches. For this the front lockers had to be emptied and the bolts removed to get to the pipes.. The overflow pipe seemed fine but on removal of the filler pipe it was clear it had been dripping.. 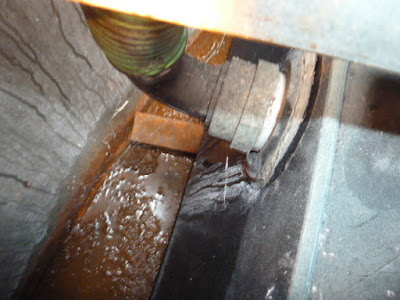 We had some problems getting the pipe off but you could see the seal was not fitting correctly. 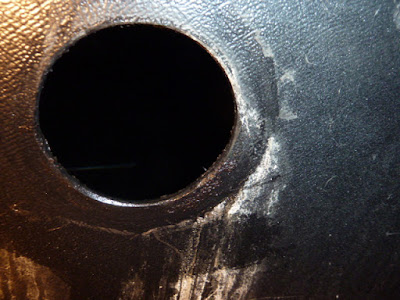 On removal the tank looked alright. Del then cleaned everything back as new and resealed the rubber seal back in and left it to dry overnight.. Watch this space to see if it has fixed it.. 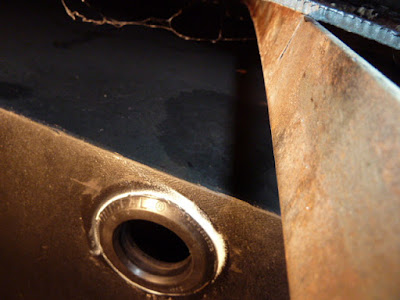