We had rain again last night and when we surfaced we gave Derwent6 a wash, well more like a leather off. 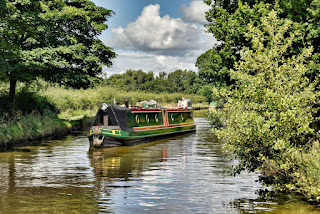 We set off at 10.00am and could see the peaks in the distance through the Macclesfield's shallow waters.. 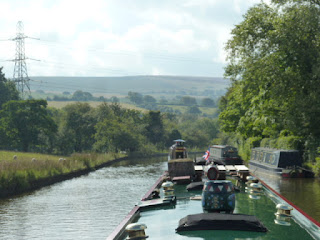 We passed through Fourlane Ends and then got held up a little by CaRT doing some badly needed dredging. 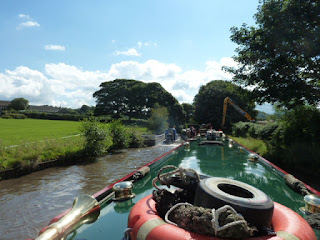 We then got to Clarence Mill at Bollington, an amazing sight which is now full of small businesses and cafes. 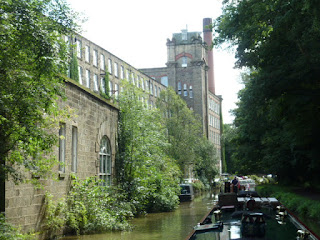 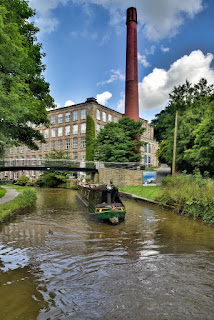 Out the other side of Bollington we passed Adelphi Mill, again now used as apartments. 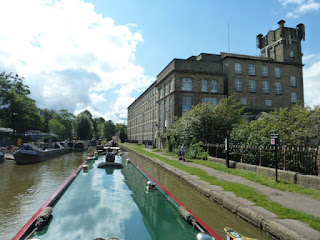 We headed on towards Macclesfield and saw the new three day pontoon moorings for visitors, there were moorings available but we wanted to get on a bit further. 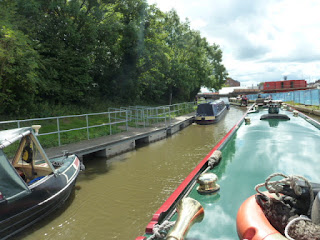 We ended up stopping at Gurnet and moored just after the Aqueduct, the rings here were spread out but we managed to get the pins in after a bit of messing about. 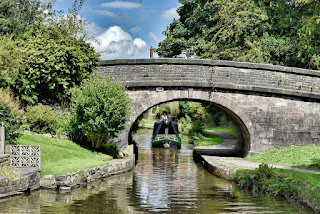 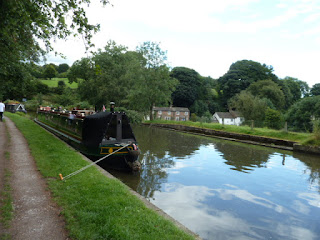 We then took a mile walk up to the business park where we tried to do a bit of shopping, but ended up coming back with nothing..
After a quick shower we then took a walk up to Sutton Hall, a huge manor house which is now a pub restaurant, and sat in the garden, in the sunshine.. 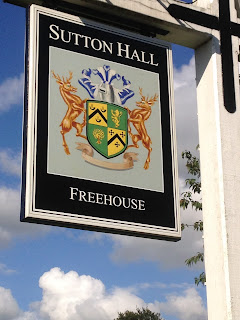 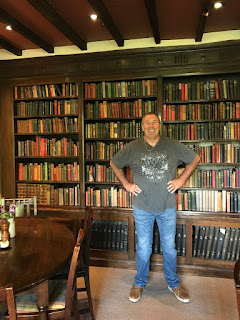 We had a look at the menu and decided we would eat there as the food looked good coming out..
Well it was the best decision we had made, and the third best restaurant of the trip this year. Wow, they have five chefs, don't ask us what they all do, but the food was top five star quality. 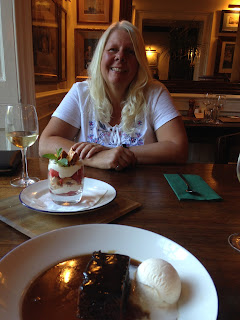 We got the bill expecting it to be very expensive and it turned out to be just southern prices, a nice surprise. The service was brilliant and they catered for everyone. You could even go in and walk around the place without even buying a drink. It was like a stately home.
We came out of there full to the brim, but not bloated, and walked back to Derwent6 which was only five minutes away.
As you can imaging we were really tired after all the food, so soon fell into bed.

Loved Sutton Hall but sadly could not moor at the aqueduct this time as it was full of moored boats. Food is excellent though must agree

Brilliant pub, I have been there many times as I had the motorhome parked up there last year for three months, a big plus for me is that it is also dog friendly. Its great in the winter too when they have the big fire roaring.

Hi Steve & Chris, blimey there were loads of spaces when we arrived, just goes to show what a difference a couple of days can make, fingers crossed for next time.....

Hi Paul, we were only saying that it must be lovely in the winter with the fire roaring, Loved it there, really relaxed, something for everyone. Hope you are doing ok, bearing in mind the time of year x