We set off at 8.00am and made our way towards Manchester.. 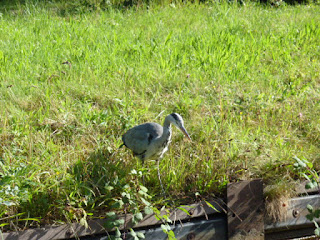 We soon got to the lovely place of Worsley with this lovely house on the turn.... 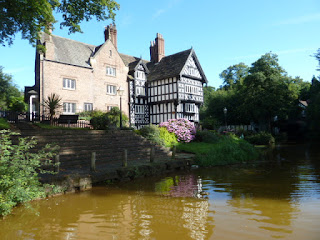 Worsley oozes history from the canals where coal was delivered here. You can still see the Lime Kilns by the canalside. 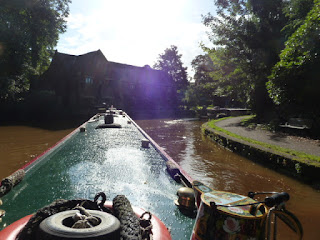 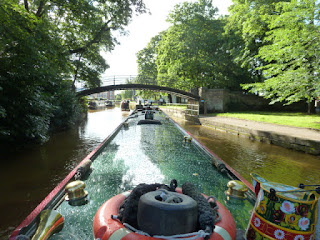 We carried on through the redness of the Iron Ore in the water and passed the lighthouse and Bridgewater Mill. 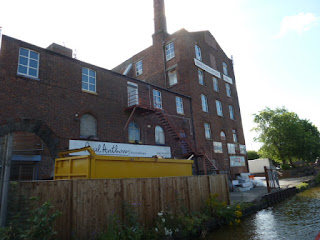 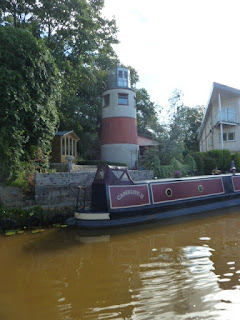 We then soon approached the huge swing bridge across the Manchester Ship Canal. 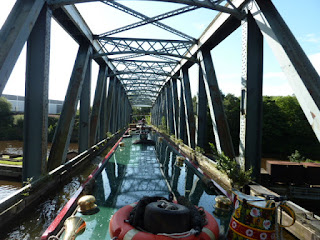 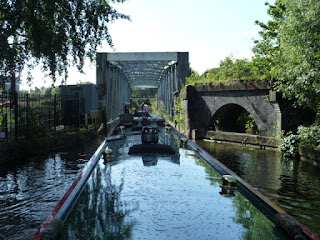 It has great views from here. 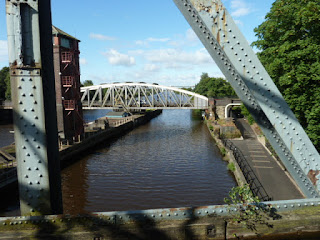 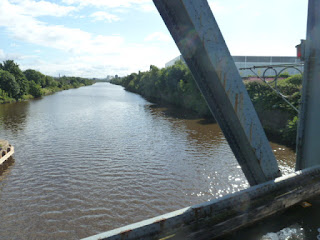 It was then a left turn at the junction and back into new territory for us.. 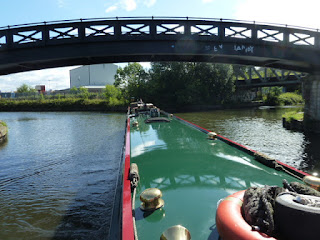 We could see the graffiti getting worse on the walls and in the distance Old Trafford Football Stadium, home of Manchester United. 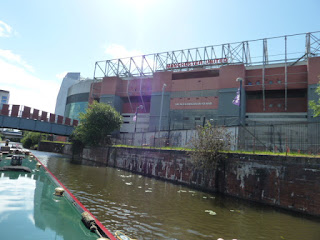 The canal goes right past this and is an impressive sight. 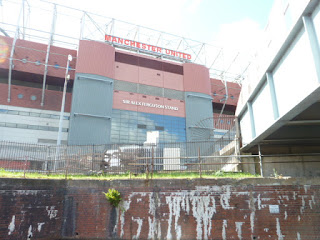 Just like going into London you get a good city feel about going in on a boat. The canal follows the tram and you sneak under the railway lines and busy roads. 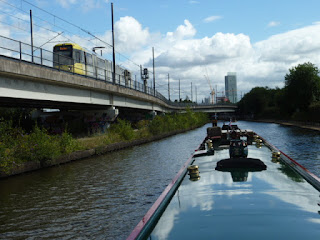 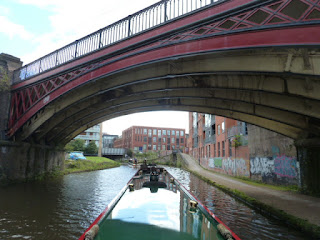 We carried on till we got to the bottom of the Rochdale flight and turned into Castlefield Basin. 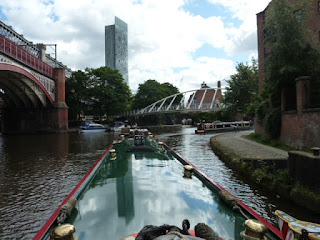 It was very busy with boats, but after an easy turn at the end we found a mooring. 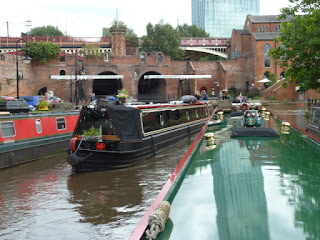 After a quick shower we set off into the city centre and took the Rochdale flight route.. It was not nice, well some of it was ok, but at the top end it was disgusting. We came out at Piccadilly and walked through the park to the shops. We grabbed a coffee and walked back, the road way!
We met up with Mark and Sian and then tried a few local pubs, to catch up on the days events. 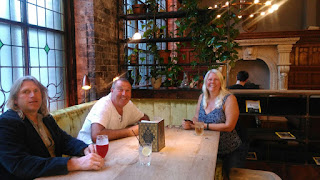 We ended up in an Indian restaurant called Akbar's and we can highly recommend it. You can see the kitchens as you walk in and the food is amazing. 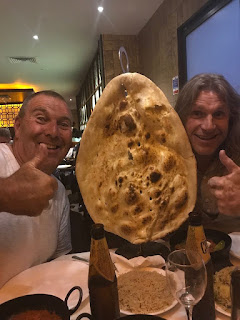 We then walked up to Canal street where we met up with Doug and James who used to have n.b Chance. We went to a bar there first and ended up going clubbing till 1.00am.. A great night! Yep nothing changes! 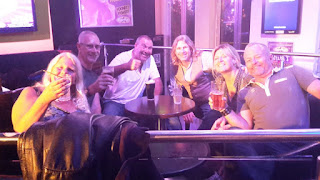