We set off at midday after a brasses and boat cleaning morning with the intention of not moving too far.. 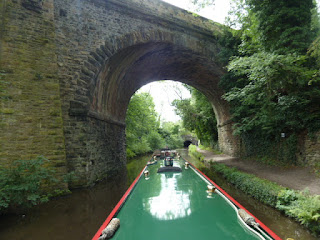 We had two tunnels ahead, the first being Woodley Tunnel with a very tight handrail one side for the towpath which made us go very close to the uneven roof, but we managed to scrape through, excuse the pun. 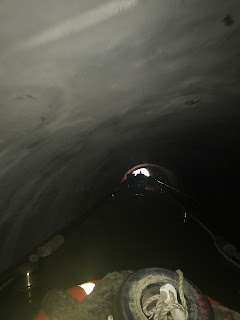 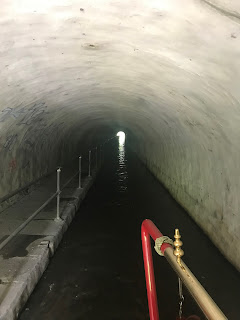 The second tunnel was a lot easier as it was wide, although two boats can't pass in here. 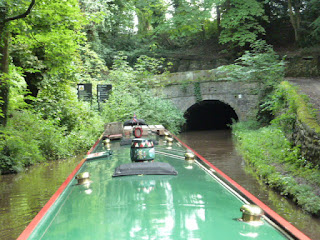 We had no intention of stopping at Romily and when you see the moorings you will see why, there was a sunken boat here. Its such a shame as it is very pretty in places. 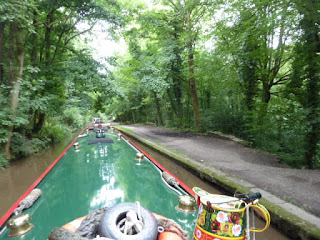 We thought we would moor just before Marple Aqueduct, but the moorings were a bit dark and dingy and we ended up going over this amazing piece of engineering. 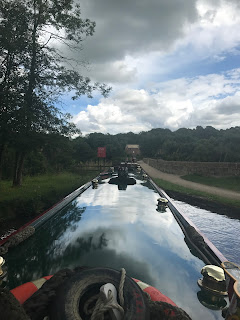 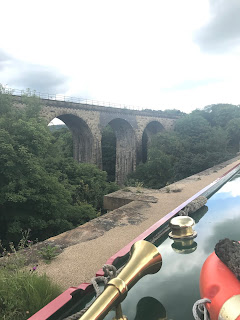 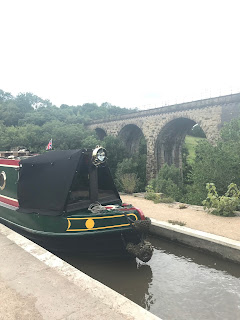 Once across here you then have to go up the Marple flight of sixteen locks. The good thing was the weather had changed and these locks turned out to be very pretty. 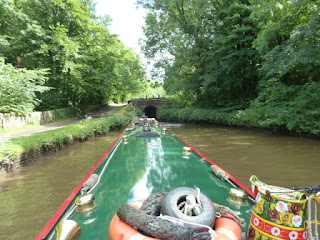 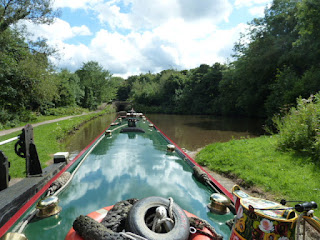 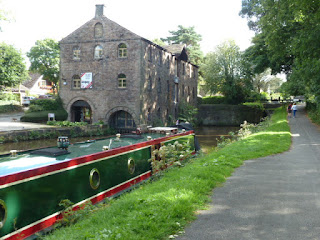 When you're in these locks you can still see the builders own markings on the bricks which they made when they were built in the 1800's, they have stood the test of time.. 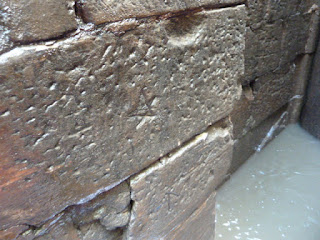 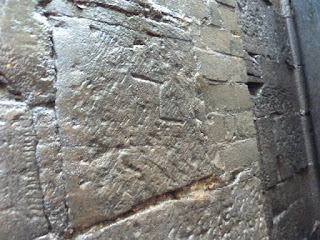 But time is winning because these locks are again tricky and the walls are pushing in on some of them. 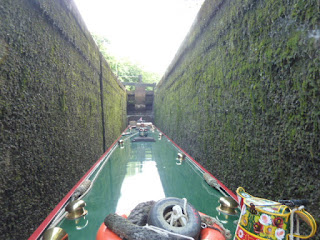 We got to the top after about three hours and Al was exhausted, we turned left staying on the Peak Forest. 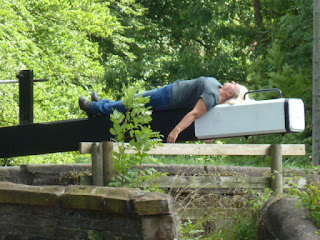 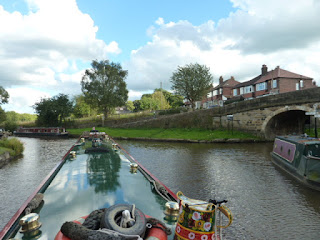 The views at the top made it all worth it but we just couldn't get moored up.. 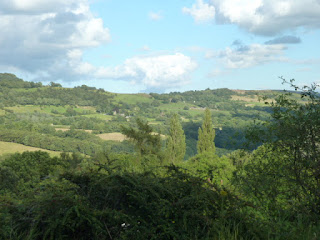 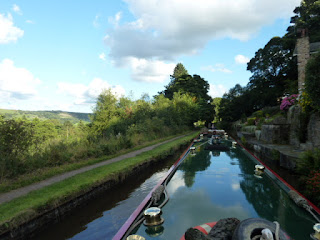 It was so shallow and was in real need of dredging. Very tired we still had to cope with some swingbridges. 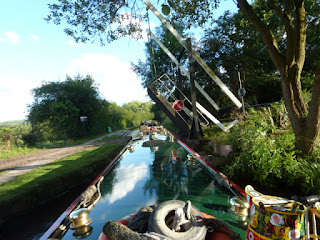 We tried in about five or six places before we found a spot, and even though our back was out, what a nice spot it was. 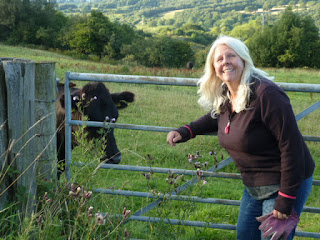 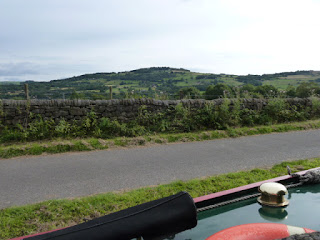 It was 7.00pm when we moored up but it was pleasant cruising with some fantastic scenery.. Phew!﻿

Guys - love reading your blog, but I wish the pictures were bigger… would love to see more of the great British countryside!

Thanks Ash, will see what we can do! The countryside around here is stunning....