After a very lazy day on Sunday, today we topped up with shopping and made our way to the services..
It has been six years to the day that we lost Len, Del's Dad, and not a day goes by without us missing him.. A lot has happened in those six years. 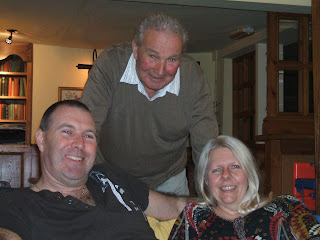 We had no choice but to try the manual pump out here as we were now at ten on our gauge.. The tank had gone three weeks and we knew we needed to empty somehow as the Macclesfield Canal was so shallow in places.
Del managed to get some hogweed of the prop which we had picked up along the Peak Forest, and then we waited for the water tap and elsan to become free. We waited and waited and every time another boat moved onto the services... 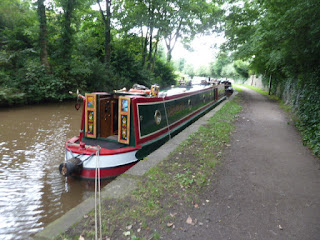 After an hour we got a slot and pulled the pins and got in.. while filling with water Del emptied the waste tank.. and all was done in half an hour..
Meanwhile Marky and Sian had returned after a christening yesterday, and followed us on to the water point once we had come off.
We then both set off together and started our journey down the Macclesfield. The first thing you pass is Goyt Spinning Mill with its missing chimney, erected in 1905 and now used for various different trades, one of them being saddlery. 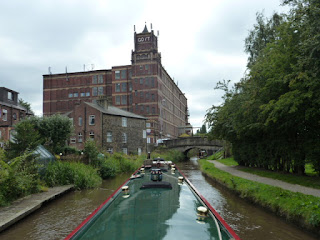 Suddenly the canal got very busy, something we were not used to having been on the Liverpool Link and Ashton canals. 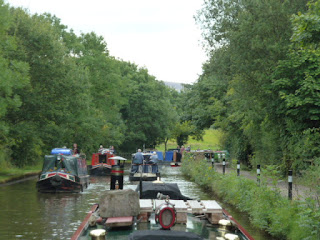 We soon got to Higher Poynton, the home of Braidbar Boats (and there were a few of them about) 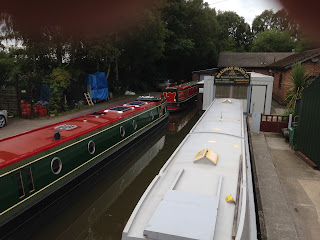 We both moored up soon afterwards in a nice wide part of the canal with loads of wildlife. 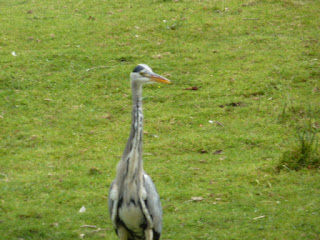 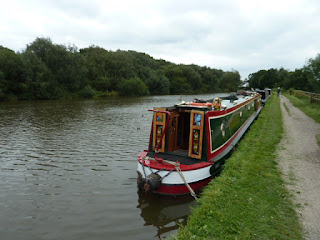 We then chilled for the rest of the evening with Len still in mind. So here's to you Dad, hope you're having as much fun as we are. 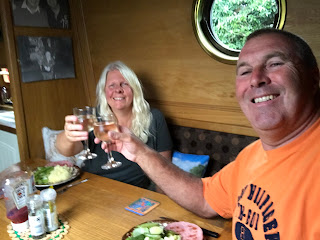