We decided to take a week off from the blog and have a good time in London. We had a fantastic time so here is a brief update.

Monday 31st October - We just walked about enjoying London. We had some lunch in nearby Zizzi's, and in the evening it was off to the local pub for a Halloween spooky night.
Tuesday 1st November - Del went to the Imperial War Museum while Al did some shopping in Oxford Street. In the evening we went to a show and saw "The Wizard of Oz" and we weren't disappointed. 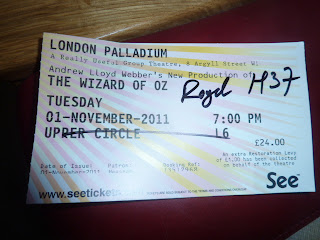 We were lucky enough to have our tickets up graded to the Royal Circle and had fab seats.
Wednesday 2nd November - Del wanted to go to a guitar shop and spent half the day trying different guitars. In the evening we met up with friends Paul and Sam in Hard Rock cafe, another one of our favourite restaurants. Another great night!!!!! 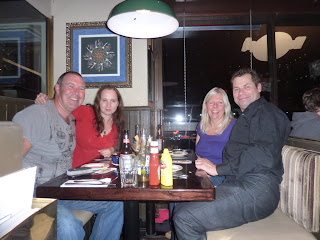 Thursday 3rd November - It was another day on board Derwent6. We've got to be honest we were knackered! We felt we must go out in the evening though and ended up going to a lovely Mexican called Loco Mexicano in Bayswater. 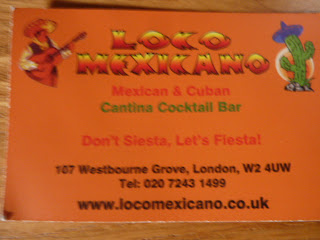 Friday 4th November - We had the morning getting over too many beers and in the afternoon we met up with Bernie and Sarah at Victoria station. It was our treat for their 25th wedding anniversary last month. 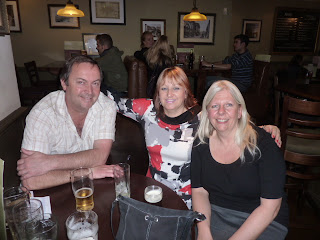 We took them out for something to eat in Covent Garden and then went on to the theatre to see "The Million Dollar Quartet" just a fabulous show. We had our photos taken with one of the stars of the show who played Jerry Lee Lewis. 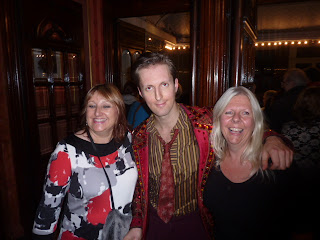 We walked back down Oxford street as all the Christmas lights had been turned on. 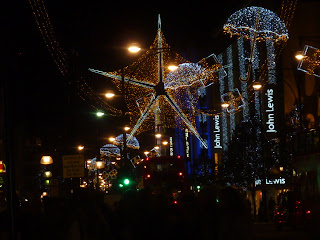 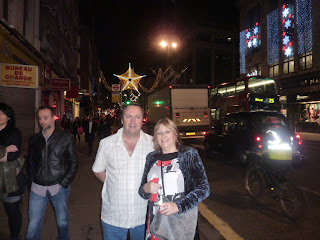 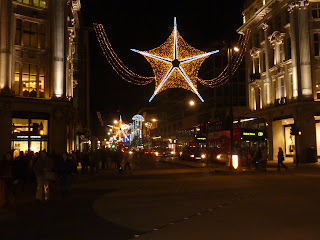 We got back to Derwent6 at midnight.
Saturday 5th November - After a restful morning we were out again to do some more shopping and browse the windows and watch the street shows. 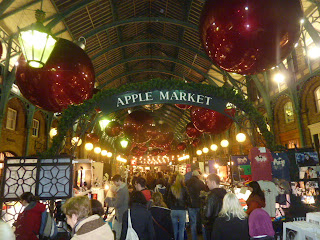 We ended up having lunch in The Spaghetti House. In the evening we went over to Battersea Park firework display. Well it was Guy Fawkes night.
Posted by Del and Al at 8:33 AM