It seemed a bit colder when we got up this morning, but we were keen to move on. We had the Derwent6 itch again and the weather was near perfect. 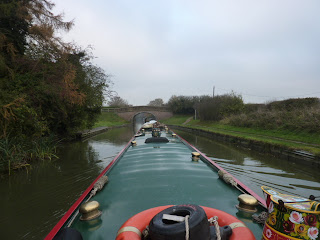 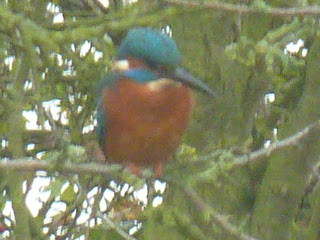 We set off with condensation on the roof and slowly made our way to the top of the Marsworth flight of locks. 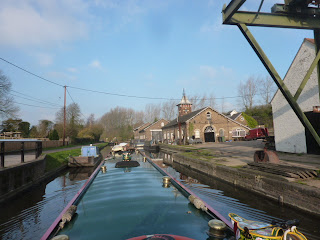 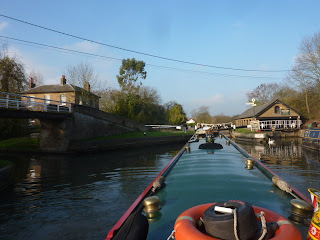 We were at idle for most of the way as the water levels were so low, but we managed it. They were all against us when we got there, but it was good to be going down them as we were filling the pounds up as we dropped into them. 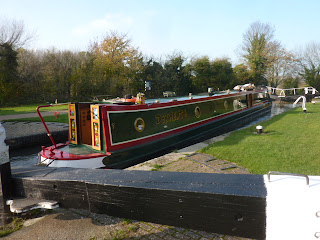 We could see the reservoirs as we got to the last two and as you can see they are nearly empty. 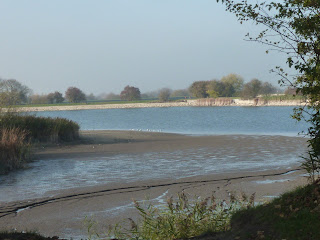 We got to the last lock and we were pleased to see n.b Valerie and Les and Jaq were waving out the window at us. We pulled in just behind them and were invited in for coffee, rude not to....... 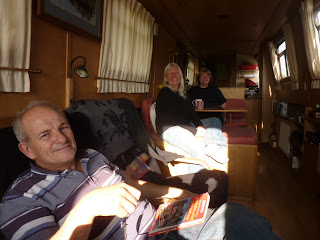 It was lovely to see them both after getting married in America and they both seemed so happy. Les was busy with jobs on NB Valerie, so at least we gave him a coffee break! We had a good hour with them both and could have been with them all day, it was great to see them. When we left, Del was well impressed when Jaq said, Quote "What a big Horn you have" Hmmm

The weather for November was just fantastic and great for cruising so we pressed on through Pitstone and then through Seabrook and Ivinghoe. 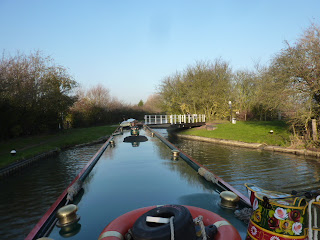 We seemed all on our own as it just wasn't busy anywhere. The only problem was we couldn't share a lock with anyone and at least save some water. We had plenty of onlookers though..... 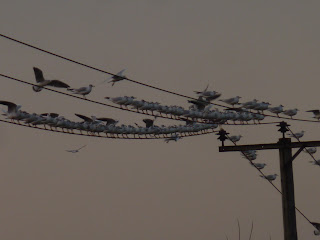 We pushed on to Slapton just as it was starting to turn dark, and stopped at a spot Les had told us about with a good TV signal. 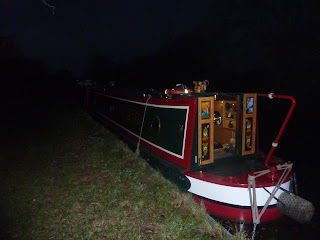 We wanted to watch the football as England were playing and you know how much Al wants to watch her Strictly it takes two. Al also had a bit of breaking news over the weekend. She has managed to get a live Strictly Come Dancing ticket to Wembley this coming weekend (jammy sod) and as you can imagine she is wetting herself about going. Del is just rolling his eyes!!!!
Posted by Del and Al at 6:50 PM