Al wasn't at her best after last night but we made a gallant effort to get going! The locks were in our favour to start with and we met a boat coming the other way after two locks. 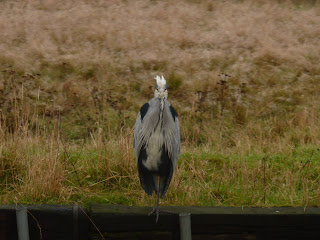 It was here we got a warning that it was very shallow on the way to Tring summit. We were running very heavy, with coal, wood and with our waste tank nearly full, so it was a bit worrying. Again it was very quiet and we only passed this one boat. We got to the top lock at Bourne End and it got bad. 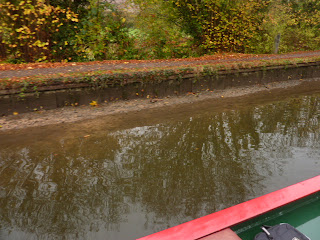 The water was as shallow as we had seen it, so Al walked the towpath while Del took Derwent6 up the middle of the canal. We got about halfway between the two locks and Derwent6 came to a halt. Al managed to walk up to the lock and let a bit of water through but the pound above was also low. Del threw a rope to Al (as we couldn't use the engine, it just dug in) and she pulled Derwent6 up to the lock. Del threw her carrots, apples and a little bit of hay, it did the trick....

We were at idle most of the way up to Berkhamstead and then it got a bit easier. 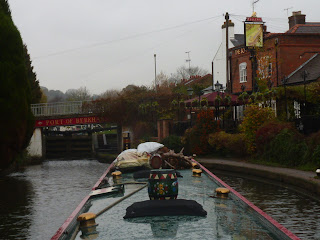 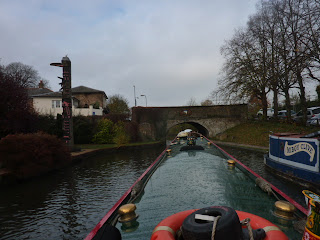 We spotted this unusual mushroom on the way which we think is the Lawyer's Cap. 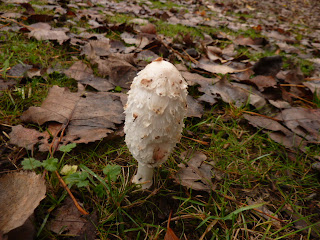 We also stopped for half an hour to help a lady with a puncture on her bike and Del got her going again.
The last three locks to the summit were back at idle but we got through. We then topped up with water again and then pulled into Cowroast marina for a gas bottle and a pumpout. 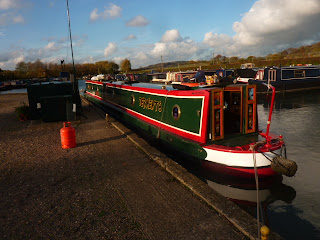 We then found a mooring for the night. After 15 locks in five miles today we were pleased to put our feet up. 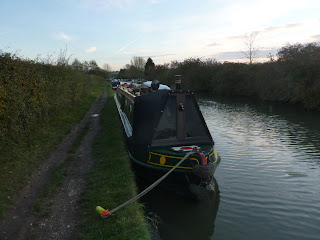