Joined up for the Buckby Flight

After talking to Viv and Len on n.b. Valkyrie who pulled up in front of us last night, we decided to leave together at 10.00am to make the locks at Buckby a bit easier. We moved on up the Grand Union and were very conscious that we hadn't any wood left on the roof. 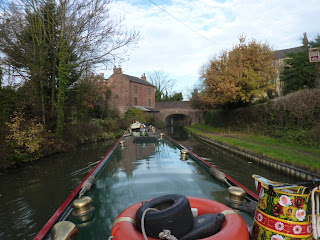 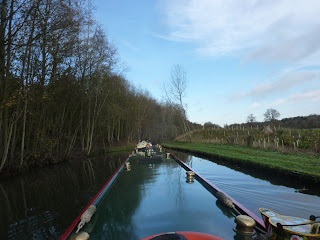 Al spotted a large pile in a field and we couldn't resist stopping in very shallow water to get it. We then approached the bottom lock at the Buckby flight and were surprised that the fishermen had decided the lock moorings were the best place to fish. N.b Valkyrie crushed one of their nets as he tried to moor up but luckily, no harm done. 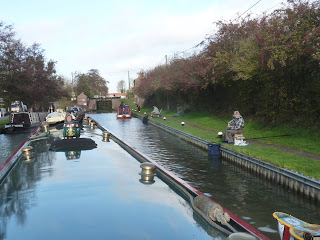 We pushed on up through the locks with ease even though it was a bit shallow in some of the pounds. 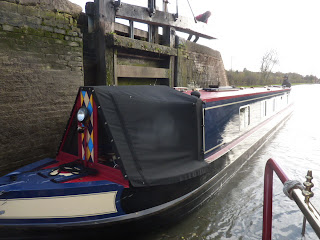 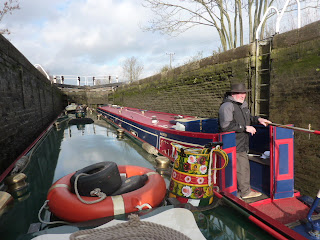 This always happens to us here, but as we passed The New Inn pub at the top lock we could smell the chips..mmmmm We both moored up at the top with loads of mooring available and soon found ourselves sitting in the pub with a bowl of chips. 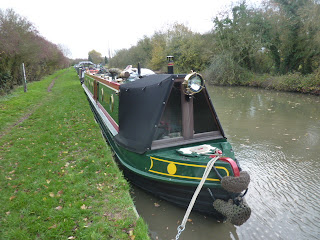 We ended up staying in the pub all afternoon chatting away about boating and the world. 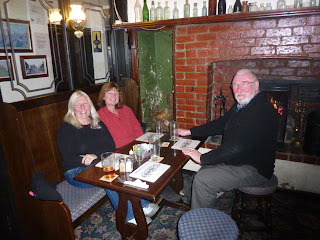 We hadn't brought a torch and after saying goodbye to Viv & Len we ended up walking back in the dark. When we got back we lit the fire, set up the telly, and settled down for the night.
Posted by Del and Al at 6:38 PM

That's why you have a key ring torch.

Hiya Del & Al
Now home and a chance to look at your blog and surprised to see about ourselves in print and pictures!! Anyway, it was lovely meeting you both and thanks for ‘joining up’ with us for the Buckby Flight and for your good company afterwards at The New Inn – it was great! The following morning we set off to go through Braunston Tunnel when Nb Wandering Whimbel joined us at Norton Junction and followed us through the tunnel, so once again we had company on the Braunston Lock Flight. This time, however, Len and Di from WW were travelling as a pair (as though they were joined at the gunwales) in and out of the locks and under the bridges – a new experience for Len!! Plus he was learning even more boating tips :-) We returned to Wigrams Turn on Saturday battling against the high winds, but what lovely weather we had had for our 2 weeks.
Wishing you a Happy Christmas and see you in the New Year maybe.
PS Fisherman’s net not really crushed – just slightly reshaped……