Back to the Bear

We stayed put yesterday and apart from wanting to watch the Qualifying and the football we didn't do a lot.

Today however we decided to move and after watching the Indian Grand Prix we set off for London City Centre. We still can't believe how easy it is to get into town and we pondered over how busy it was going to be. 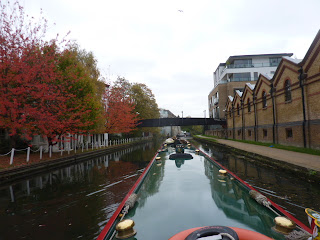 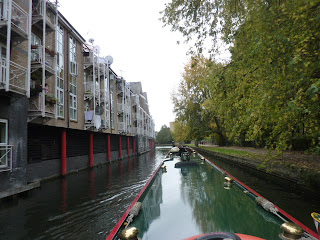 We arrived at Little Venice and it was just so quiet. The winter moorers were all in position to get on their moorings for the 1st November. 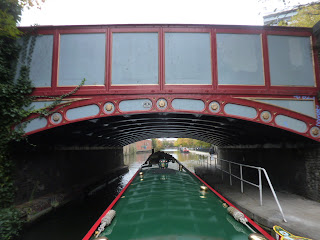 We managed to get on the water point under the bridge and it took a hour for Derwent6 to fill up. 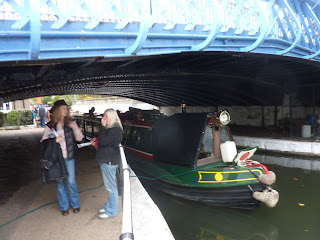 We then pulled into the basin and noticed an old blogger Ernie on "Ten Bob Note". I'm sure we will see him later to catch up on a few things. We made our way to the end of the arm and there were loads of spaces. We turned Derwent6 in the breezy basin with ease and moored up. 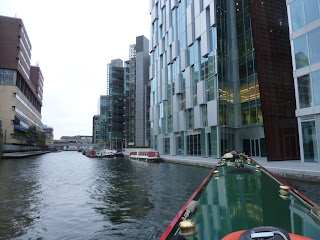 It was nice to be back in the City and watching everyone do their Sunday thing. We can't get telly here due to all the apartments and offices, but that doesn't matter, we're in London! It was also getting dark at five o clock as the clocks went back last night.....
Posted by Del and Al at 9:04 AM