Del woke up on his own this morning as Al was coming back to Derwent6 later today. It was time to do a bit of touching up round Derwent6 and sort out all those rust spots before winter. Al got back in the afternoon and I know you are waiting to see what she thought of Strictly live from Wembley. 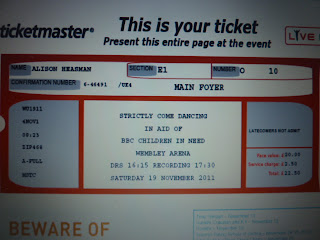 Well "Wow! Fantastic! Awesome! Superb! Amazing! Just the Best! I want to go again"....sums it up!!!..... as she got back on board Derwent6. Al never took the camera as you can't take photos while the show is on but she did manage to take some on her phone. 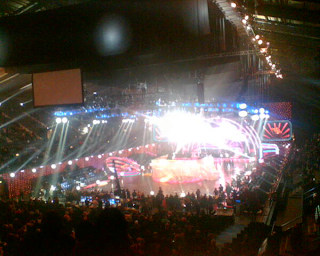 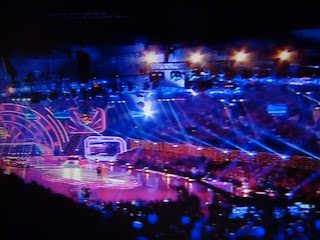 She also mixed with some of the 'stars of our show' and was still dribbling after seeing the pro dancers up close and personal ! 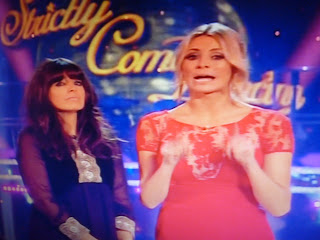 She also would not tell Del who was knocked out till he had seen the show later that evening, as they had all sworn to secrecy. Del still can't get Al to stop talking about it....
Posted by Del and Al at 10:24 AM