We moved out of London today. We didn't need to go till Monday but thought we needed to make our way back due to the weather changing and all that. It was a bit colder than of late, but it was still pleasant cruising. 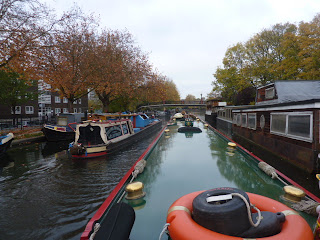 There was loads of rubbish in the cut and a mega amount of leaves but we got out to Bulls Bridge alright. 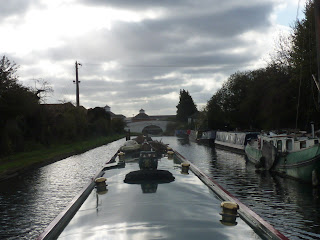 It was all going very well till we got to Hayes town where they all sleep under the bridges. 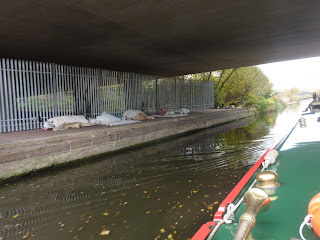 We had two herberts who decided it would be funny to tip Coke all over Derwent6 as we passed under the bridge. They gave us a nice wave till we weren't in view and ended up dropping the cans on us, as the stern passed under. Lesson learnt, next time we will be taking a photo of anyone loitering on top of the bridges as we pass under, even if they wave at us! They had scarpered when we tried to find them, but we know who they are. 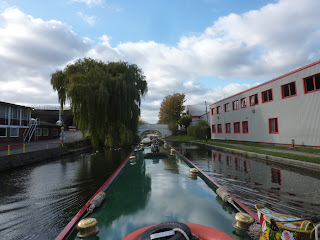 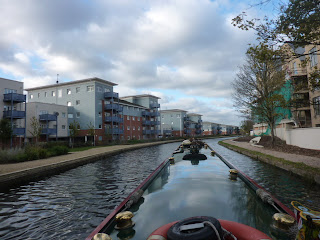 What do you think of this guys garden on his boat. 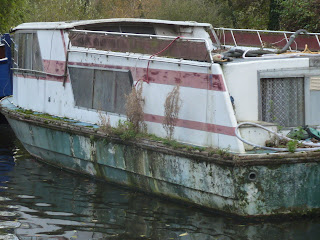 We were lucky enough to get a mooring at Cowley Peachy, the last one left. We also had the gap in the trees so we got telly.

So it was a Strictly night with a bit of X Factor for us in the evening. It was also a early night as we had a early start in the morning.
Posted by Del and Al at 4:06 PM